Warren commented that „billionaires in wine caves should not pick the next president of the United States,“ in reference to a $2,800 ticket to a fundraising event held by Mayor Pete Buttigieg at Hall Wines in Napa Valley.

Andrew Yang backed Warren up, suggesting that candidates shouldn’t have to „shake the money tree in the wine cave,“ while Buttigieg responded that his net worth was one-hundredth of Warren’s and that wealthy donors wouldn’t influence his politics – an argument Warren and Senator Bernie Sanders have argued against.

Hall Wines owners Craig and Kathryn Hall have donated at least $2.4 million to Democrats since the 1980s, including Speaker Nancy Pelosi and Senator Kamala Harris. Craig Hall told the New York Times that he and his wife were frustrated to hear their glitzy wine cave enter the debate.

„I’m just a pawn here,“ Hall, who said he had not settled on a favorite candidate but liked Buttigieg, said. „They’re making me out to be something that’s not true. And they picked the wrong pawn. It’s just not fair.“ 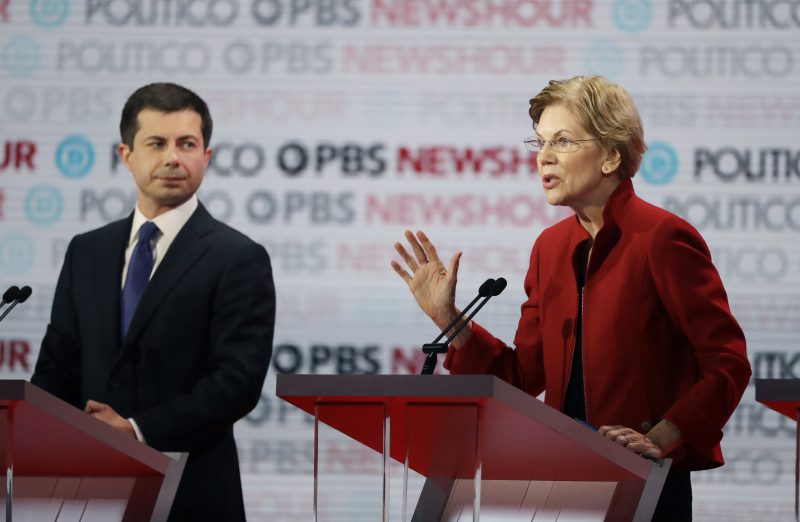 The Halls and other winery owners in the California region felt like the wine cave was mischaracterized as excessive or snobbish, when in reality, wine has to be stored cool and wine caves are popular around the world to save money.

In Texas, where Hall owns the Hall Group, he told the Times he is viewed as the most liberal among friends and business colleagues. The Hall Group oversees a financial services company, wineries, art exhibits, and a luxury hotel. Kathryn Hall, a lawyer, was appointed as the US ambassador to Austria under former President Bill Clinton after the couple donated to his re-election campaign.

Campaign fundraisers aren’t uncommon at the Halls‘ wine cave, where a chandelier with 1,500 Swarovski crystals hangs over the dining table. But Hall said the candidates onstage at the debates misjudge them.

„These people don’t know who they’re talking about when they throw me in the class that they did,“ he said. „As much as it’s frustrating, it’s more disappointing to me that Democrats are fighting with each other when we have a common goal, which is to get back to the White House.“

Hall told the Times that he hopes he doesn’t have to back Warren or Sanders, and that he „plans to“ back whoever becomes the Democratic nominee, „but there may be some holding my nose.“

Despite Warren’s criticism of the fundraiser, The Associated Press reported that Warren held a high-dollar wine fundraiser in 2018.