Why the US and Iran have been adversaries for 4 decades

The US and Iran have been adversaries for roughly four decades, and that contentious relationship has at times sparked acts of extreme aggression – including the assassination of Iran’s top general, Qassem Soleimani, on Friday.

The history of relations between the two countries is convoluted, but an examination of key moments can help one better understand why they continue to be at odds in the present day.

The antagonistic dynamic between Tehran and Washington is often attributed to the 1979 Iran hostage crisis, but those events were in many ways catalyzed by a CIA-orchestrated coup in the country decades before.

It’s impossible to explain the modern relationship and political seesaw that’s existed between Iran and the US without looking at the 1953 coup against Iran’s democratically-elected Prime Minister Mohammad Mossadegh. For many Iranians, this was America’s original sin against their country.

Mossadegh introduced a number of reforms and was popular domestically, but his nationalization of the country’s oil industry in 1951 was a step too far for the British, which had controlled Iran’s oil for years via the Anglo-Iranian Oil Co (which is today known as British Petroleum or BP).

It wasn’t long before the UK enlisted the US government in a plot to overthrow Mossadegh, which ultimately resulted in the coup that ousted him in 1953.

The US-orchestrated coup placed a pro-American monarch – Shah Mohammad Reza Pahlavi – in charge of the Middle Eastern country. Mossadegh spent the rest of his days under house arrest.

The CIA publicly admitted its involvement in the coup for the first time in 2013, when it released declassified documents that offered intricate details of the event that helped solidify anti-US sentiments in Iran.

The 1979 Islamic Revolution and hostage crisis at the US embassy

In 1979, millions of Iranians rose up against the shah, who was widely viewed as corrupt, dictatorial, and illegitimate.

In what is known as the 1979 Islamic revolution, the shah was deposed.

Ayatollah Ruhollah Khomeini, who had been living in exile after leading protests against the shah’s rule years years earlier, returned to Iran in February 1979 to great fanfare and would go on to declare Iran an Islamic Republic after his backers overwhelmed another faction in street fighting. This effectively meant Iran had transitioned from a pro-Western puppet monarchical state to an anti-Western theocracy.

Foto: Iraninan students comes up US embassy in Tehran.sourcePublic Domain

Amid all of this revolutionary fervor, Iranian students in November 1979 stormed and occupied the US Embassy in Tehran, taking over 60 hostages for 444 days in what’s known as the Iran hostage crisis. The students were angered, in part, that then-President Jimmy Carter had allowed the shah to come to the US for cancer treatment. A secret US mission to rescue the hostages went awry when two helicopters collided while refueling, killing eight troops.

But the crisis was also a symbolic rebuke of the US government’s longtime influence in Iran’s internal affairs. The hostages were released on January 21, 1981, the same day as Ronald Reagan’s inauguration. The hostage crisis has been widely attributed as a leading reason why Carter did not win a second term, it’s also why the US and Iran cut diplomatic ties in 1980.

The storming of the US Embassy compound in Baghdad on Dec. 31 sparked fears of a similar kind of crisis, and US Marines responded in force to secure the embassy.

Though the US would launch a war in 2003 to depose Saddam Hussein, it backed the Iraqi dictator in his war against Iran from 1980 to 1988.

CIA documents declassified in 2013 showed that US intelligence officials helped Hussein gas Iranian troops in the later years of the war by conveying their location to Iraq, even with the knowledge chemical weapons would be used.

In 1983, amid the war, a suicide bomber hit a US Marine Corps barracks in Beirut, Lebanon, killing 241 US military personnel. The bombing was blamed on Hezbollah, an Iran-backed Shiite Muslim militant group and political party that continues to have strong influence in Lebanon in the present day and that the US considers to be a terrorist organization.

Five years later, in 1988, an Iranian passenger airline was shot down by a US warship, the USS Vincennes. All 290 passengers on the plane, Iran Air Flight 655, were killed. This occurred as American and Iranian ships skirmished in the Persian Gulf, and the US government claimed it was an accident. The Iranian government, however, viewed the tragedy as purposeful.

The Axis of Evil

After short-lived signs of a potential warming in relations in the late 1990s, the relationship between the US and Iran took another turn for the worse when then-President George W. Bush in his 2002 State of the Union address deemed the Middle Eastern country part of an „axis of evil“ with Iraq and North Korea.

At the time, Bush said: „States like these, and their terrorist allies, constitute an axis of evil, arming to threaten the peace of the world. By seeking weapons of mass destruction, these regimes pose a grave and growing danger. They could provide these arms to terrorists, giving them the means to match their hatred. They could attack our allies or attempt to blackmail the United States. In any of these cases, the price of indifference would be catastrophic.“

Around this period of time, Iran continued to drive a wedge in its relations with the US with the election of conservative Mahmoud Ahmadinejad as president in 2005. Ahmadinejad raised alarm bells in Washington when he said that Israel, a key US ally, must be „wiped off the map.“ 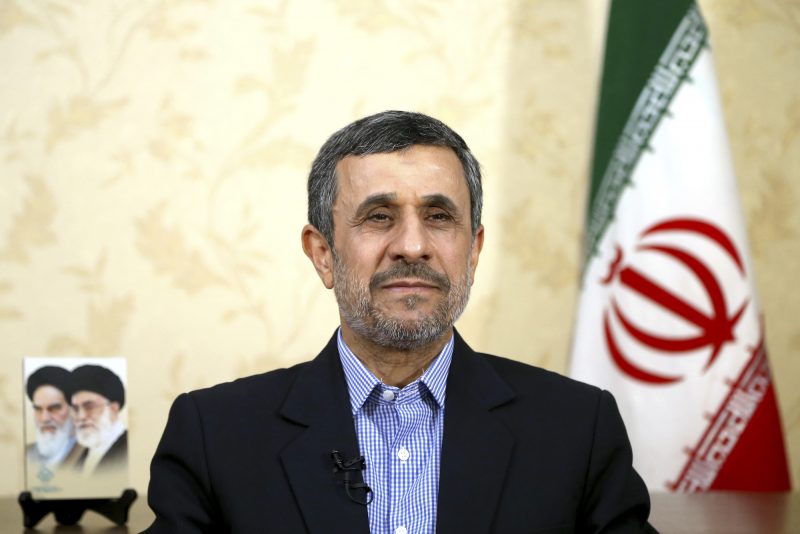 The Iran nuclear deal and the Trump era

Obama’s administration orchestrated the landmark pact known as the Iran nuclear deal, which was finalized in July 2015 and aimed to prevent Iran from obtaining nuclear weapons in exchange for the easing of economic sanctions.

Critics of the deal said it didn’t go far enough to bar Iran from building nuclear weapons and that Tehran could not be trusted. Along these lines, Trump withdrew the US from the deal in May 2018 despite having no evidence Iran was violating its terms. This move put Washington at odds with key allies, and the tense US-Iran relationship took a turn for the worse. 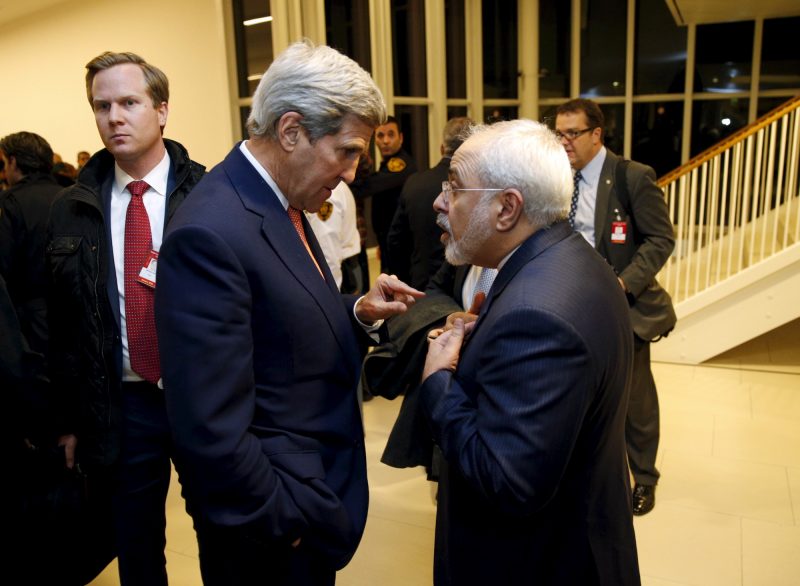 The relationship between Iran and the US has deteriorated rapidly since Trump withdrew from the 2015 nuclear deal, and reached a boiling point this past summer as mounting US sanctions battered the Iranian economy and the region was rocked by a series of events in the Persian Gulf involving attacks on oil tankers and oil fields.

In late December, a rocket attack killed a US contractor and injured four US service members at a base in Kirkuk, which is in the northeastern part of Iraq. The US has blamed the deadly attack on Kataeb Hezbollah, an Iran-backed militia. The US retaliated with airstrikes that killed dozens of the militia’s fighters. Subsequently, the US embassy in Baghdad was consumed by violent protests, prompting the US to send about 100 more Marines to the embassy for protection.

Trump blamed Iran for the attack on the embassy perimeter, and threatened Tehran in a Dec. 31 tweet: „Iran will be held fully responsible for lives lost, or damage incurred, at any of our facilities. They will pay a very BIG PRICE! This is not a Warning, it is a Threat. Happy New Year!“

On the morning of January 2, Defense Secretary Mark Esper warned the US might conduct preemptive strikes on Iranian-backed militias. Esper said: „If we get word of attacks, we will take preemptive action as well to protect American forces, protect American lives. The game has changed.“ 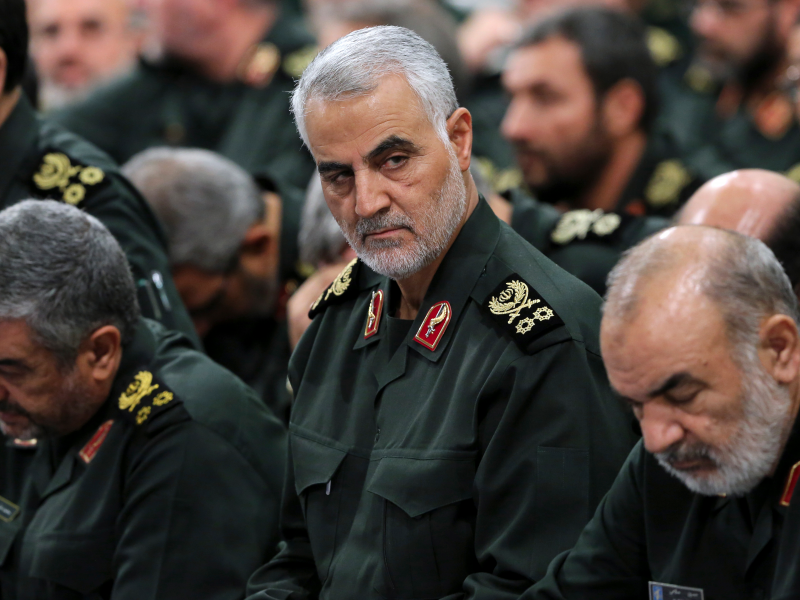 Foto: Revolutionary Guard Gen. Qassem Soleimani, center, attends a meeting with Supreme Leader Ayatollah Ali Khamenei and Revolutionary Guard commanders in Tehran, Iran, September 18, 2016. As Saudi Arabia holds a naval drill in the strategic Strait of Hormuz, Soleimani, a powerful Iranian general was quoted, Wednesday, Oct. 5, 2016, by the semi-official Fars and Tasnim news agencies as suggesting the kingdom’s deputy crown prince is so „impatient“ he may kill his own father to take the throne. While harsh rhetoric has been common between the two rivals since January, the outrageous comments by Soleimani take things to an entirely different level by outright discussing Saudi King Salman being killed.source(Office of the Iranian Supreme Leader via AP)

Hours later, the Pentagon confirmed that the US military, acting on the orders of the president, killed top Iranian general Qassem Soleimani. „The US military has taken decisive defensive action to protect US personnel abroad by killing Qasem Soleimani, the head of the Iranian Revolutionary Guard Corps-Quds Force,“ the Pentagon said in a statement.

Zarif described the Soleimani’s death as an act of „international terrorism.“

On Friday, Trump said Soleimani was killed not to start a war, but to stop one.

„We take comfort in knowing that his reign of terror is over,“ Trump said of Soleimani, adding: „We took action last night to stop a war. We did not take action to start a war.“

Meanwhile, Iran has vowed to avenge the death of Soleimani, who was the country’s most important military commander.