What we know about the MLK Day gun-rights rally in Richmond, Virginia

An annual gun-rights rally is scheduled to occur Monday, though the lead up to the rally organized by a Virginia gun-rights group has already caused a stir. From arrests made by the FBI, to the groups that say they plan to attend the rally, here is what we know so far.

The rally was organized by The Virginia Citizens Defense League, which puts on the rally every year as part of their annual lobbying day. 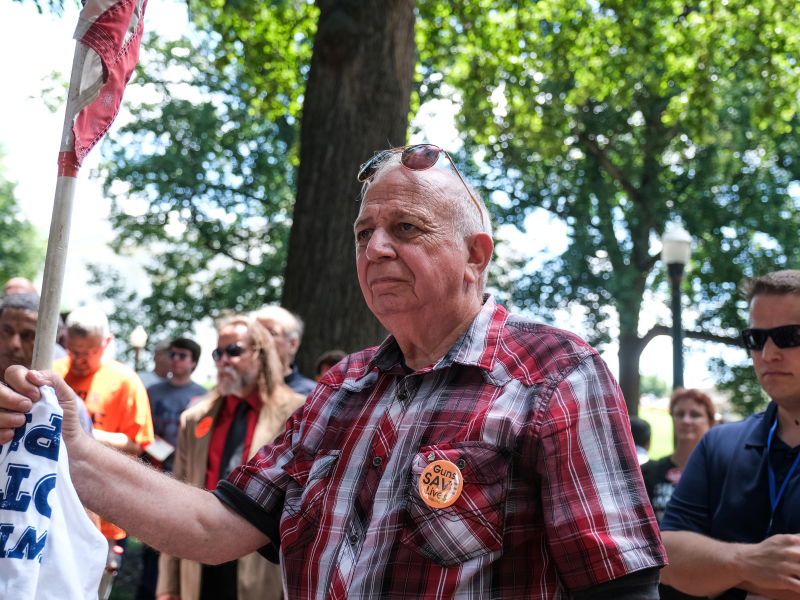 The rally is organized yearly by The Virginia Citizens Defense League. The group says the event – known as VCDL lobby day – is its most important event of the year. The organizers say they will meet outside the Virginia State Capitol between 7:30 and 8:00 a.m. Monday in order to go inside the building to lobby legislators.

The rally portion of the event will begin at 11:00 a.m., according to the VCDL.

While the rally occurs every year, there is particular interest in this year’s rally. Some believe it could be more contentious because Democrats took control of both the Virginia House and Senate this year. 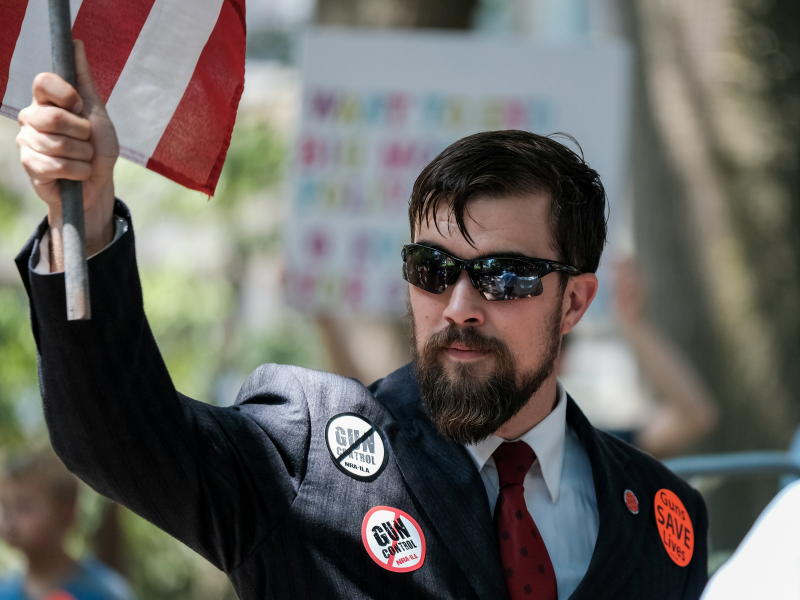 Democrats are now in power in Virginia, which has some gun-rights advocates worried. The state has had a Democrat at the helm since 2014, with current Gov. Ralph Northam taking over from fellow Democrat Terry McAuliffe after Northam was elected in 2017.

Per The Post report, the 2019 election results mean Democrats have the power in the state for the first time in 26 years.

The Virginia state legislature has put forth gun-reform legislation that has worried gun-rights advocates. 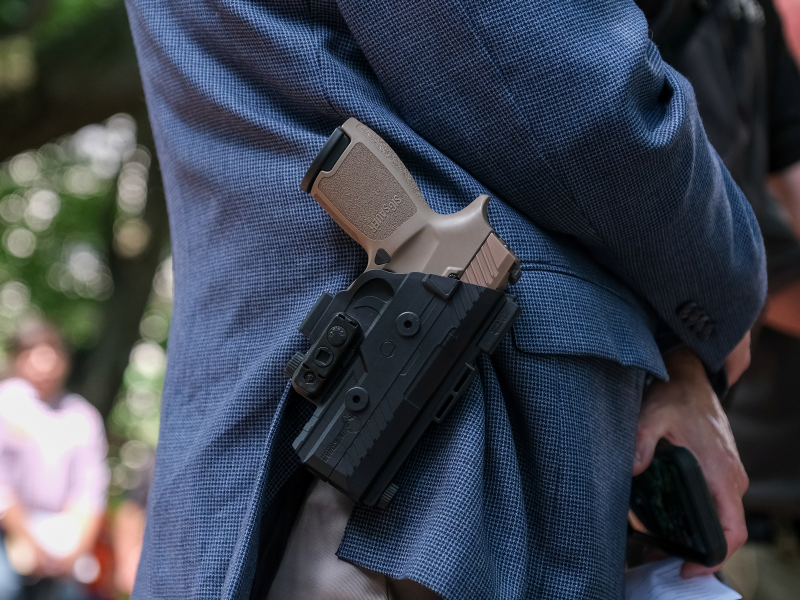 Three gun-control bills have recently passed the Virginia Senate, according to WTKR.

SB 35 and 69 passed the Senate along party lines, WTKR noted, while SB 70 had support from all state Democrats and two Republicans. The bills must now be considered by the House of Delegates before Northam could sign them into law.

Gov. Ralph Northam has enacted a state of emergency over fears of violence at the rally. 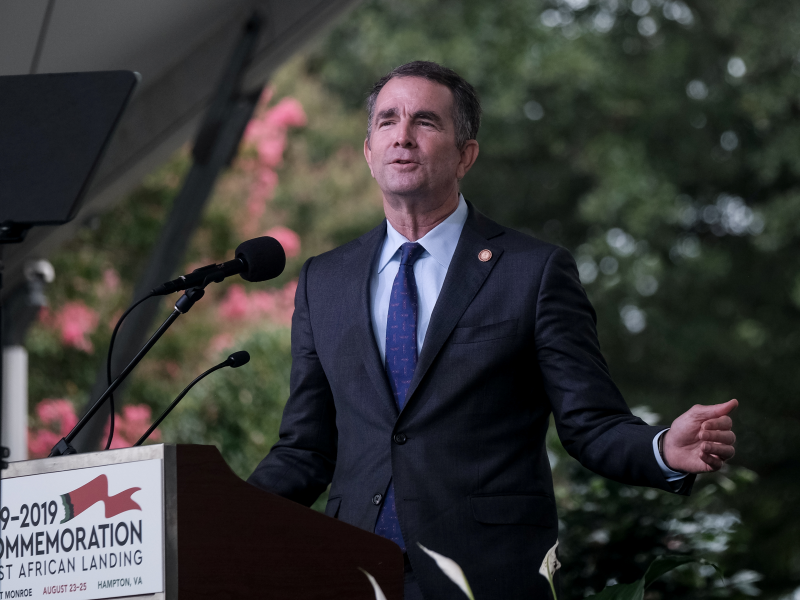 Ahead of Monday’s rally, Virginia Gov. Ralph Northam declared a state of emergency on January 15 over fears the rally could turn violent between gun-rights advocates and anti-gun protestors.

„We have received credible intelligence from our law enforcement agencies that there are groups with malicious plans for the rally that is planned for Monday,“ Northam said at a press conference last Wednesday.

Specifically, Northam warned of out-of-state militia groups that could come to Richmond rally on Monday to cause violence. Northam has temporarily banned all firearms at the Virginia State Capitol. On the information page for the event, VCDL recommends that ralliers do not bring their weapons into the building when they lobby.

We have received credible intelligence from our law enforcement agencies of threats of violence surrounding the demonstration planned for Monday, January 20. This includes extremist rhetoric similar to what has been seen before major incidents, such as Charlottesville in 2017.

There are fears the event could be reminiscent of 2017’s Unite the Right rally that killed 32-year-old Heather Heyer and injured 19 others when a white supremacist drove his car into a crowd of people.

Organizers say they hope to hold a peaceful event.

White nationalists who were arrested last week had plans to attend the rally.

Foto: Chain-link fence has been set in place on the grounds of the Virginia State Capitol ahead of a gun rights advocates and militia members rally in Richmond, VirginiasourceREUTERS/Jim Urquhart

Three white supremacists were arrested last week on federal charges that the FBI said are connected to the upcoming gun-rights rally in Virginia.

According to the NBC News report, the FBI said it arrested two suspects, Brian Lemley, Jr., 33, of Maryland and Delaware, and William Bilbrough IV, 19, of Maryland, on charges of transporting and harboring aliens.

A report from Vice from August 2019 describes The Base as a „militant neo-nazi group focused on providing paramilitary-style training to far-right extremists.“

The FBI said the arrests were in connection with the upcoming rally, which all three men had planned to attend, per NBC News.

The men had reportedly been under surveillance by the FBI for months, per NBC.

Many groups, with varying sizes and missions, have announced plans to attend the rally on Monday. 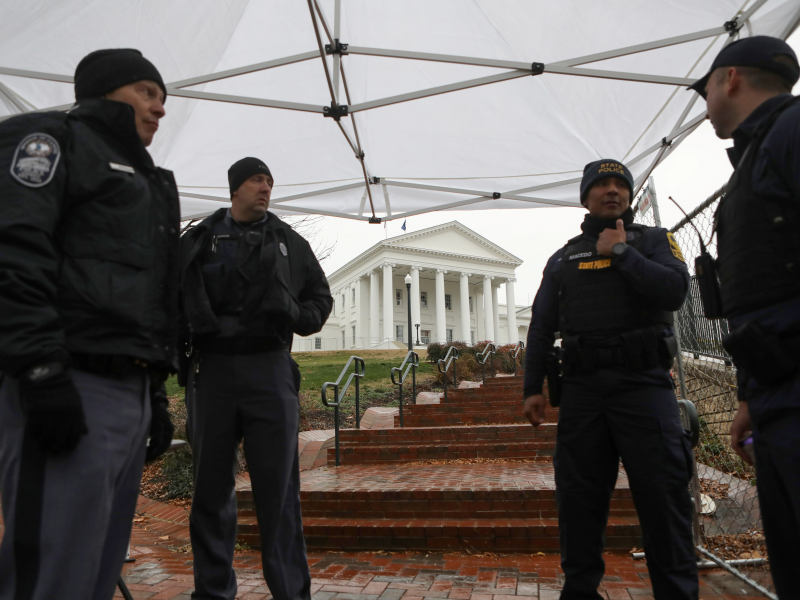 According to NBC Washington, in addition to the VCDL, groups such as the Gun Owners of America, the Oath Keepers, and the Three Percenters have all claimed they’ll attend the Monday’s gun rally.

The Oath Keepers, founded in 2009, is a large, radical anti-government organization according to the Southern Poverty Law Center. The organization, which reportedly is comprised of current and former law-enforcement members and members of the military, operates „based on a set of baseless conspiracy theories about the federal government working to destroy the liberties of Americans,“ the Southern Poverty Law Center said.

The Three Percenters derives its name based on the theory 3% of the colonists rose up to fight the British, according to NBC Washington. The right-wing group says it’s not an a milia and not anti-government on its website.

Notably, NBC Washington reported the NRA had distanced itself from the rally and instead held an event, which involved passing out 30-round magazines, against the recent Virginia gun regulation efforts last week.

Virginia’s governor declared a state of emergency and banned firearms at the Capitol ahead of a gun rally, citing a ‚credible threat‘