It might sound glamorous to attend an event frequented by billionaires and heads of state, but Davos isn’t all fun and games.

Between the long lines, freezing cold weather, and boring panels, attending the World Economic Forum’s annual meeting in Davos-Klosters, Switzerland, may not be as fun as it looks if you’re not a VIP. Here’s what it’s really like to attend Davos.

1. It’s not the most lively crowd. 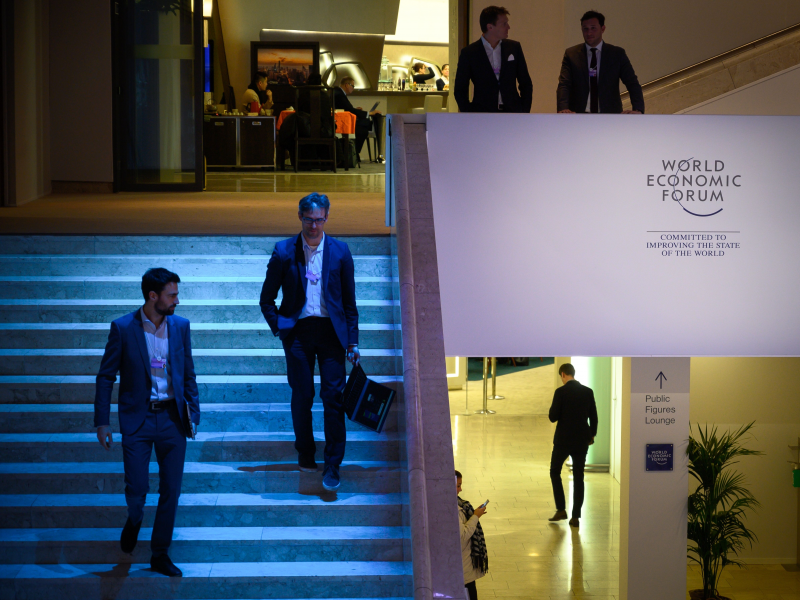 Foto: Visitors walk inside the Congress Centre ahead of the World Economic Forum (WEF) annual meeting on January 21, 2019 in Davos, eastern Switzerland.sourceFABRICE COFFRINI/AFP via Getty Images

Davos is primarily attended by middle-aged men. Attendance is by invitation only, according to CBS News. As a result, the conference has long faced criticism over a lack of diversity among attendees – for example, only 22% percent of Davos‘ 2019 attendees were women, the BBC reported. The average age of Davos‘ male attendees is 54.

2. It’s impossible to get anywhere close to the rich and powerful. 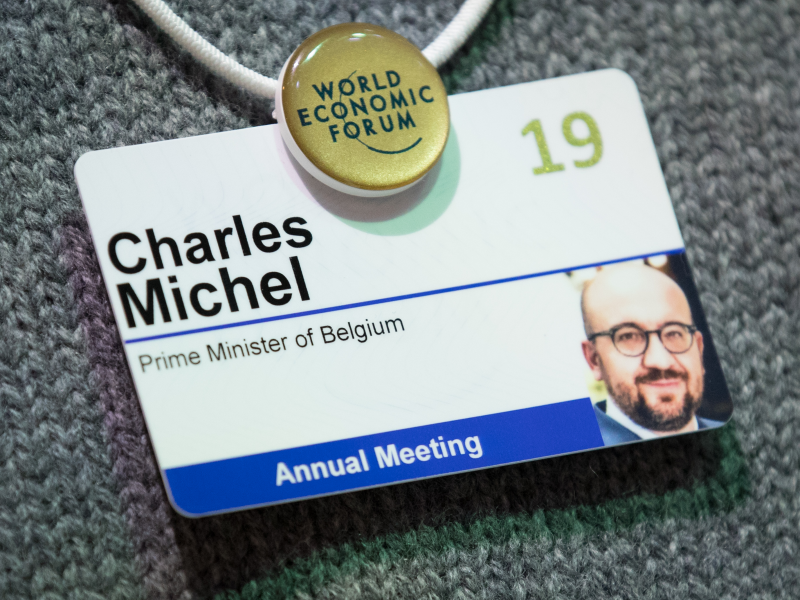 Foto: A close up on the badge of Belgian Prime Minister Michel at the 48th edition of the World Economic Forum annual meeting in Davos, Switzerland in 2019.sourceBENOIT DOPPAGNE/AFP via Getty Images

Not even everyone who is invited to the conference gets to attend the most high-profile panels and parties. The WEF uses a „complicated caste system of coloured badges“ to determine who can access which parts of the conference, the BBC reported.

The highest-profile attendees are given white badges with holograms, according to the BBC. Even the Belgian Prime Minister didn’t get one of those badges at last year’s event, photos show.

The lowest-level badges are provided by the resort town’s hotels and don’t provide entrance to the conference center at all, Business Insider reported. They do get buyers into the after-parties and onto the ski slopes, however.

3. Most of the panels are pretty dense. 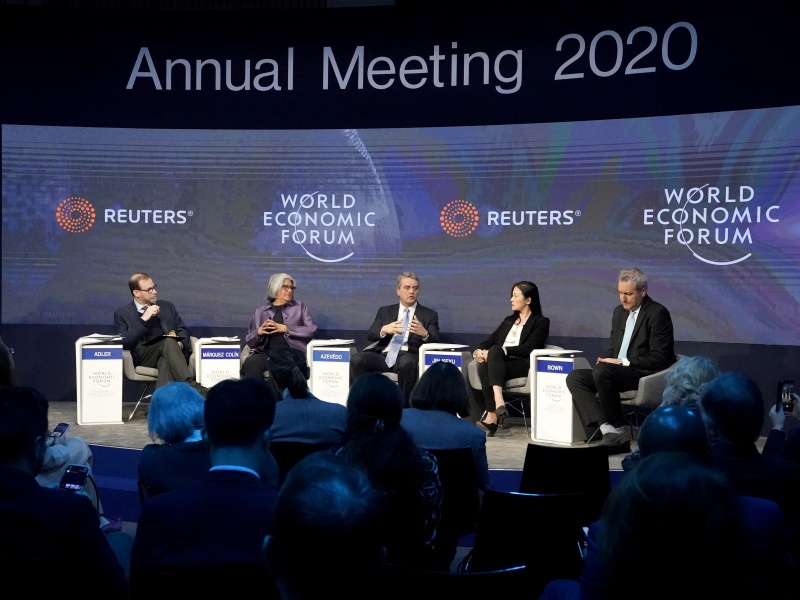 With past themes like „Resilient Dynamism“ and „Globalization 4.0: Shaping a Global Architecture in the Age of the Fourth Industrial Revolution,“ even the topics of conversation at Davos can be hard to decipher. Complicating things further, the conference also has its own jargon. Attendees use phrases like „material improbabilities,“ „circularity,“ and „resilience imperative“ in ways that can only be understood by other WEF members, reports BBC’s Joe Miller. He called Davos jargon „a crime against the English language.“

Much of the conference’s most interesting and consequential discussions take place after hours and behind closed doors, Business Insider reported.

4. Admission may be free for most people, but going to Davos is still super expensive. 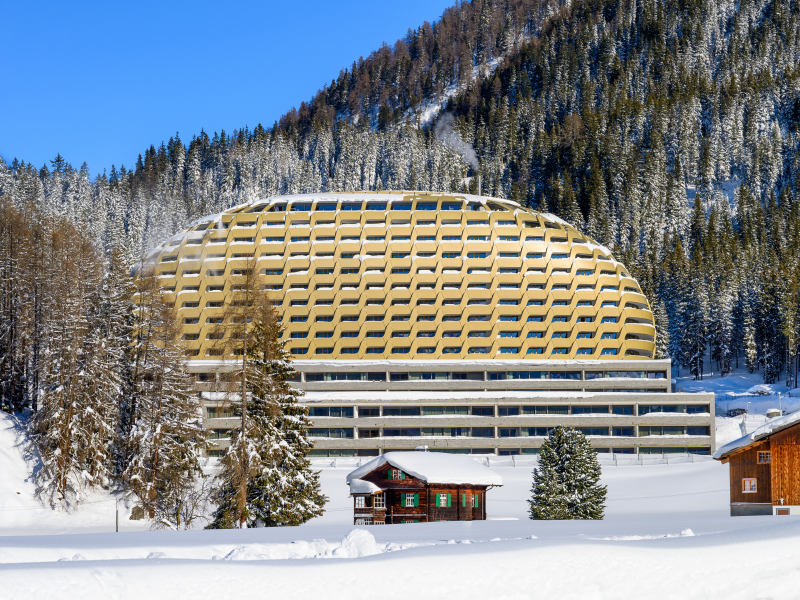 The costs don’t end there, however. Hotels raise their prices to five times their normal rate during the conference, according to The New York Times. Rooms at two of the most popular hotels among attendees, the Belvedere and the InterContinental, are renting for $231 and $392 on nights in January, their websites show. Both hotels are currently sold out during the event.

5. The parties are just as wild as you’d imagine. 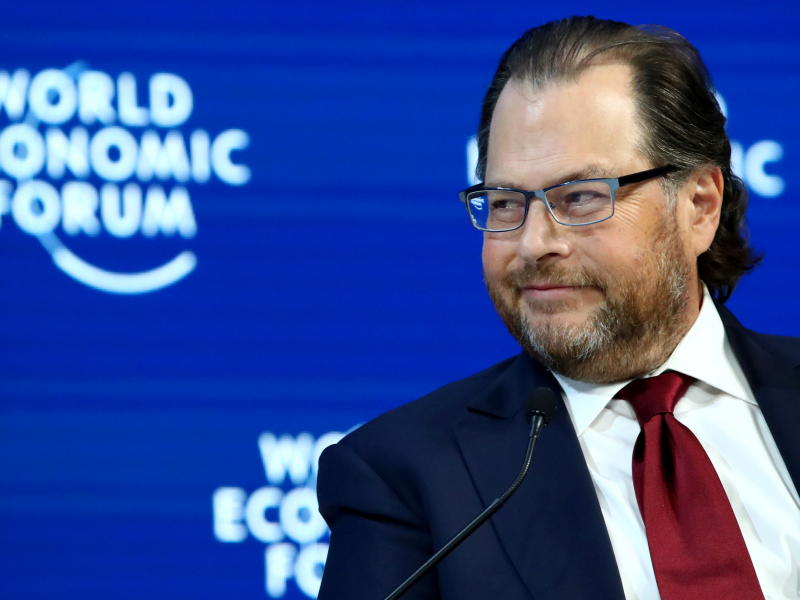 Various companies host a wide range of events for Davos attendees, The New York Times reported. One year, JPMorgan Chase rented out the Kirchner Museum Davos to throw a cocktail party co-hosted by Dimon and former British prime minister Tony Blair, according to The Times. Google throws a party each year at the InterContinental Hotel that The Times called „the hottest ticket in town.“

In 2013, former Facebook president Sean Parker threw an infamous party where „specially made stuffed animals illuminated dancers with lasers shot from their eyes“ as John Legend performed, according to CBS News. Also in 2013, Benioff flew in fresh flowers and a live band from his adopted home of Hawaii for Salesforce’s party, according to The Times.

6. A lot of time is spent waiting in line. 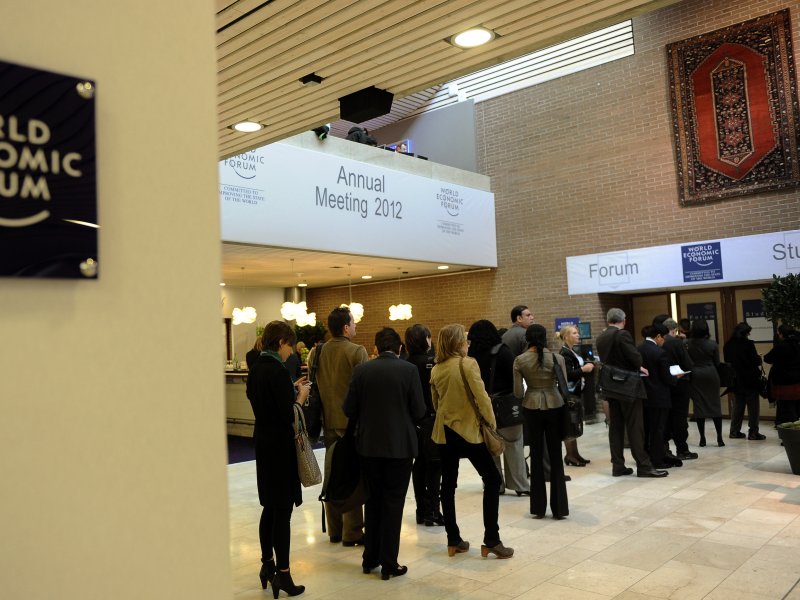 Foto: Participants queue to enter the congress center on January 25, 2012 at the Swiss resort of Davos.sourceVINCENZO PINTO/AFP via Getty Images

Attending Davos is a lot „like flying… without the actual flying,“ the BBC’s Katie Hope wrote.

Over 100 billionaires and 53 heads of state are slated to attend Davos this week, requiring tight security. Entry to the conference center requires passage through a security checkpoint comparable to what you find at an airport, according to the BBC. Davos turns into a „veritable fortress“ during the event, according to The New York Times‘ Michael J. de la Merced and Russell Goldman.

To make matters worse, the lines often extend outside into the snow, Hope reported.