Warren Buffett has warned about the dangers of speculating for years. Day traders aren’t listening. 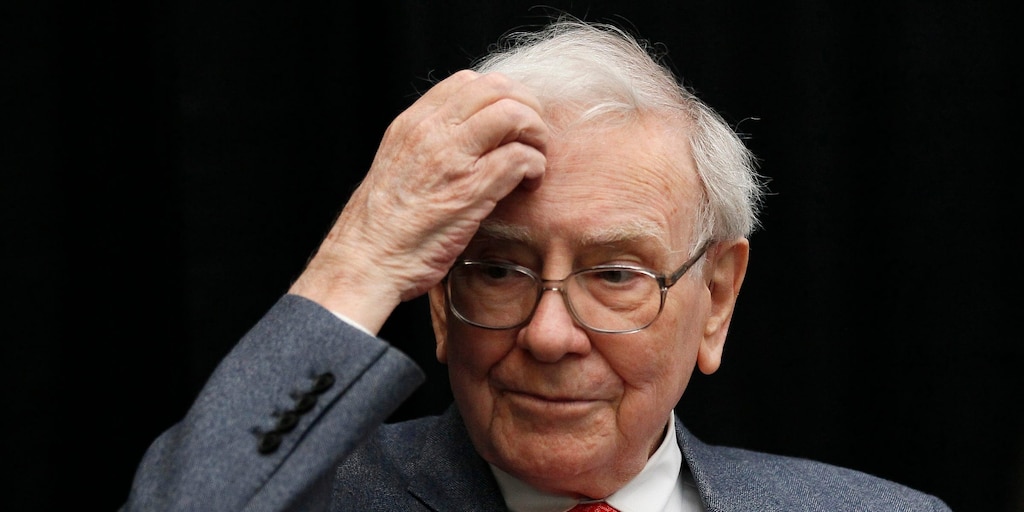 Day traders have piled into bankrupt and distressed companies in recent weeks, thumbing their noses at experts and proclaiming that “stocks only go up.”

Warren Buffett, perhaps their favorite punching bag, has warned for years about the dangers of mindless buying.

Taking on the ‘suits’

Thousands of people, stuck at home during the coronavirus pandemic with casinos closed and live sports suspended, have turned to playing the stock market on Robinhood and other zero-commission trading platforms.

They have sent shockwaves through the investment community with their contrarian moves. Those include plowing cash into struggling businesses such as airlines and cruise lines, and snapping up shares in Hertz, JCPenney, and other bankrupt companies despite the high risk of getting wiped out.

These irreverent amateurs have also taken swipes at industry veterans. Dave Portnoy, their self-proclaimed captain, has dismissed Buffett as “washed up” and wrong in his decisions. The “suits” who whine about him and his followers are just jealous of their success, he says.

Read more: A market-crash expert known as ‘Dr. Doom’ warns a 10-year depression is coming — and says investors are far too confident about a possible recovery

Billionaire investors and market commentators have rushed to sound the alarm on the trend.

Buffett hasn’t publicly commented on the day-trading boom, but he’s discussed similar behavior in the past.

The billionaire investor and Berkshire Hathaway boss defined speculation in his letter to shareholders in 2000 as focusing “not on what an asset will produce but rather on what the next fellow will pay for it.”

Speculators may knowingly pay more than what a stock is worth in the hope of selling it for an even higher price, he said in his 1992 letter.

Buying Hertz shares with the goal of dumping them before the stock becomes worthless fits that description.

Read more: From a late-night infomercial to a 1,040-unit empire worth $188 million, how Jacob Blackett perfected his real-estate-investing strategy after losing $70,000 on his first deals

Amateur traders who cashed in during the recent stock rally may also be overconfident and greedy for more profits. Buffett described the phenomenon in his 2000 letter.

“Nothing sedates rationality like large doses of effortless money,” he said. “Normally sensible people drift into behavior akin to that of Cinderella at the ball.”

“They know that overstaying the festivities — that is, continuing to speculate in companies that have gigantic valuations relative to the cash they are likely to generate in the future — will eventually bring on pumpkins and mice,” Buffett continued.

“But they nevertheless hate to miss a single minute of what is one helluva party,” he said. “Therefore, the giddy participants all plan to leave just seconds before midnight.”

“There’s a problem, though: They are dancing in a room in which the clocks have no hands,” Buffett added.

In other words, speculators don’t know when the music will stop and reality will set in, wrecking their portfolios.

Buffett compared the tech-stock fever in the late 1990s to a contagious infection in his 2000 letter.

“It was as if some virus, racing wildly among investment professionals as well as amateurs, induced hallucinations in which the values of stocks in certain sectors became decoupled from the values of the businesses that underlay them,” he said.

However, irrational exuberance and boundless optimism is never sustainable.

“A pin lies in wait for every bubble,” Buffett said.

When a bubble pops, “a new wave of investors learns some very old lessons,” he continued. One of those is that “speculation is most dangerous when it looks easiest.”

Buffett also discussed rampant speculation during Berkshire’s annual meeting in 2017, according to a transcript on Sentieo, a financial-research site.

“There’s nothing more agonizing than to see your neighbor, who you think has an IQ about 30 points below you, getting richer than you are by buying stocks,” he said.

“Markets have a casino characteristic that has a lot of appeal,” Buffett continued. “People like action and they like to gamble.”

“If they think there’s easy money to be made, you get a rush,” he added. “And for a while, it will be self-fulfilling and create new converts until the day of reckoning comes.”

Read more: Morgan Stanley handpicks 10 stocks to buy now for the richest profits as travel and outdoor activities transform in the post-pandemic world

The good news about bubbles inevitably bursting is that investors can profit, Buffett said. Those who resist the hype and keep their nerve when the market crashes may find themselves with ample cash and opportunities to invest it, he said.

The Berkshire boss put his philosophy to work during the financial crisis, when he struck lucrative deals with Goldman Sachs, General Electric, Harley-Davidson, and other companies hungry for cash.

He was far less active during the coronavirus crash because he worried about the pandemic’s fallout, the US Treasury and Federal Reserve swiftly moved to help companies and shore up markets, and private-equity firms lined up to offer cheaper bailouts than Berkshire.

Day traders are ruling the roost for now, but Buffett is likely shaking his head at their reckless behavior and waiting for his moment to shine.