Denny Hamlin won his third Daytona 500 with the second-closest finish in the race’s history, but the finish was marred by a scary wreck that left a hush over the crowd and sent Ryan Newman to the hospital.

Newman was leading the race on the final lap as they approached the checkered flag. As he attempted to block the surge of Ryan Blaney, Newman was spun, hitting the wall hard. Newman was then hit hard by Corey LaJoie, sending Newman’s car airborne,

Newman’s car landed hard on its roof before coming to a rest with the car on fire and gas leaking heavily.

Here is the wreck as it happened live on Fox.

As Hamlin celebrated the win, there was a noticeable quiet in the crowd as rescue crews worked to get the fire out, get the car flipped upright, and retrieve Newman from the car.

Newman was eventually pulled from the car and Fox reported that he was taken directly to a local hospital with no report on his condition.

Here is the replay.

This was the scene after Newman was pulled from his car. 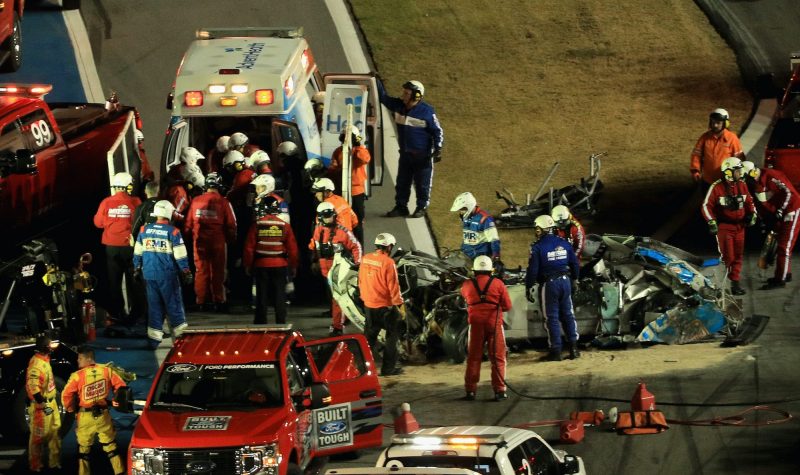 The 42-year-old Newman is in his 21st season as a NASCAR driver. He has 18 career wins.

Many of the drivers sent out their thoughts and prayers to Newman after the race, including Hamlin.

„Number one, we’re praying for Ryan,“ Hamlin told Fox after the race. He later added on ESPN: „The finish, the history, that’s all great. One day it will all sink in. But right now all I’m thinking about is Ryan Newman.“