Ukrainian airplane with 180 aboard crashes in Iran: Iranian state TV 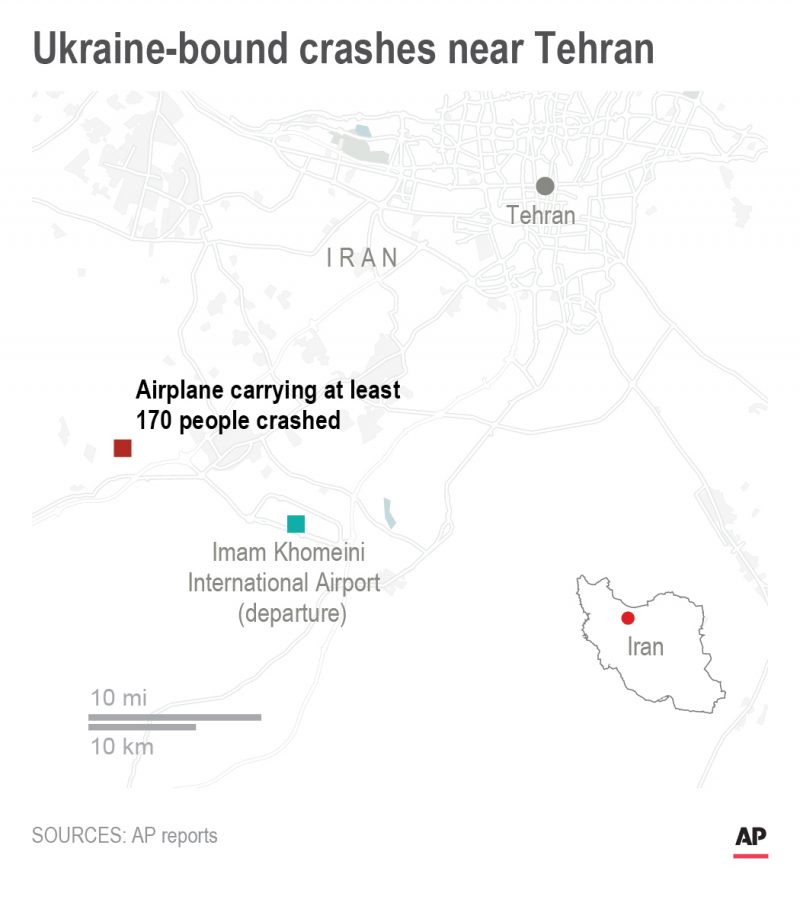 The plane was headed from Tehran to Kiev, according to IRNA. Emergency Department spokesman Mojtaba Khaledi told the agency the plane was carrying 170 passengers and crew members.

IRNA confirmed there were no survivors.

In a post on Facebook, Ukrainian President Volodymyr Zelensky offered condolences to the families who died in the crash. He added that the country’s embassy in Iran is „working to clarify information on the circumstances of the tragedy and the list of deceased passengers.“

Video posted to Twitter by Iranian news agency ISNA, which it described as the „first video of Ukrainian plane crashing near Shahriar,“ appeared to show a plane rapidly descending, followed by an explosion on the ground.

Ukraine International Airlines operates a daily flight from Tehran to Kyiv, PS752. Data from flight tracking service FlightRadar24 appeared to show PS752 departing from Tehran, with communication with the plane being lost approximately three minutes later. Business Insider was unable to independently verify that flight PS752 was the plane that crashed.

The plane reported to have crashed, a Boeing 737-800, is the previous generation of Boeing’s 737 family of jets. The current generation, the 737 Max, has been grounded worldwide since March, 2019, following the second of two fatal crashes caused by a faulty flight control system. Both 737 Max crashes occurred within minutes of take-off. 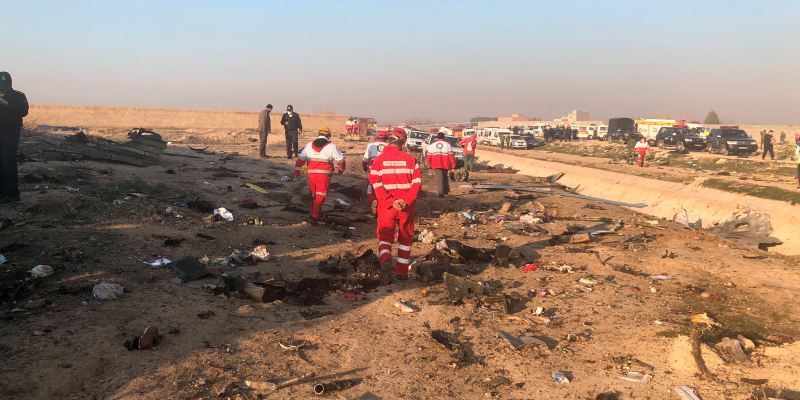 Foto: Debris is seen from a plane crash on the outskirts of Tehran, Iran, Wednesday, Jan. 8, 2020. A Ukrainian airplane carrying at least 170 people crashed on Wednesday shortly after takeoff from Tehran’s main airport, killing all onboard, state TV reported.sourceAP Photos/Mohammad Nasiri

FlightRadar24 posted an image of the plane’s flight path to Twitter, showing the plane crashing shortly after takeoff.

We are following reports that a Ukrainian 737-800 has crashed shortly after takeoff from Tehran. #PS752 departed Tehran at 02:42UTC. Last ADS-B data received at 02:44UTC. https://t.co/qXWHUPGDTu pic.twitter.com/vuAi6TOqTp