President Donald Trump is set to announce the withdrawal of roughly 4,000 US troops from Afghanistan as early as next week, NBC News reported on Saturday based on conversations with three current and former officials.

This would come as the US is engaged in ongoing, troubled peace talks with the Taliban. The talks resumed in early December after Trump abruptly scrapped negotiations with the Taliban in September, only to be paused again this week after an attack near Bagram Airfield on Wednesday.

There are currently somewhere between 12,000 to 13,000 US troops in Afghanistan, and withdrawing 4,000 troops would bring total numbers down to somewhere between 8,000 and 9,000. But there’s not a clear timeline on when such a withdrawal might begin, nor specific details on how it would be conducted.

The White House and Pentagon did not immediately respond to a request for comment from Insider. 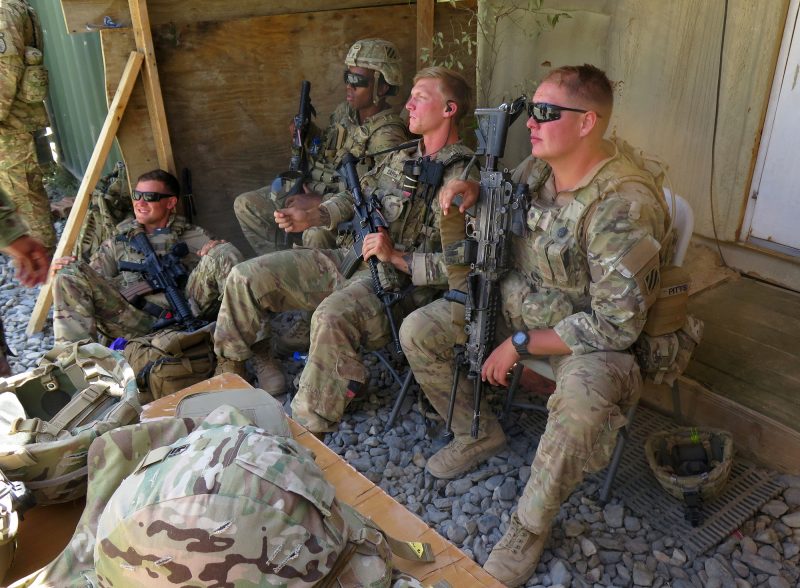 Trump in 2016 campaigned on pulling the US out of wars like Afghanistan, but has been unable to make good on that promise since entering the White House.

The president reportedly wants to withdraw all US troops by November 2020, and pulling 4,000 out in the near future would be a significant step in that direction. At the same time, the president could face criticism and pushback for withdrawing troops without a solid peace deal in place with the Taliban. The presence of US troops in Afghanistan is considered important leverage in these discussions.

A landmark report from The Washington Post released earlier this month based on a trove of confidential government documents, revealed that the US officials have been lying to the public for years about the war in Afghanistan.

The report – dubbed „the Afghanistan Papers“ – laid out how officials across the Bush, Obama, and Trump administrations have misled the US public about the state of the longest war in US history, claiming progress was being made when it wasn’t.

In short, top US officials consistently lied to Americans to hide the unwinnable nature of the conflict.

The US is estimated to have spent roughly $1 trillion on the war in Afghanistan, which began in October 2001 following the 9/11 terror attacks. Over the course of the 18 years of conflict, 2,351 American troops have died as well as 3,814 US contractors, according to the Post. Over 775,000 US troops have been deployed to Afghanistan since the initial invasion, in some cases more than once.