Trump has ‘enabled’ autocrats like Putin to become president for life

During his time in the White House, President Donald Trump has delivered harsher criticism of the media, the judiciary, congressional lawmakers, and in some cases even members of his own administration than many of the world’s most repressive leaders.

Trump’s tendency to coddle dictators has „emboldened“ them and exacerbated attacks on democracy worldwide, experts warn amid a week in which Russian President Vladimir Putin is seemingly taking steps toward becoming president for life.

„There is no doubt that Trump has created a more permissive environment for dictators by not forcefully speaking out against democratic backsliding and growing authoritarianism in places like Russia and China,“ Sheri Berman, a professor of political science at Barnard College with expertise in democracy, populism, and fascism, told Insider.

„Four years of President Trump praising authoritarian leaders, including for their ability to remain in office, has had an influence,“ Ruth Ben-Ghiat, a historian at New York University and expert on authoritarianism, told Insider.

„Asked to grade Trump on his support for democracy at home and around the world, I’d give him an F,“ Ben-Ghiat added.

‚Trump has created a more permissive environment for would-be dictators‘

Trump has shown virtually no concern for the democratic backslide across the globe, and in some cases has appeared to encourage it.

The move is reminiscent of actions taken by other authoritarians in recent years to consolidate power. Chinese President Xi Jinping, for example, saw term limits on the presidency scrapped in 2018, paving the way for indefinite rule. Not long after, Trump praised Xi for taking steps to stay in power for life.

„Maybe we’ll give that a shot someday,“ Trump said at the time. 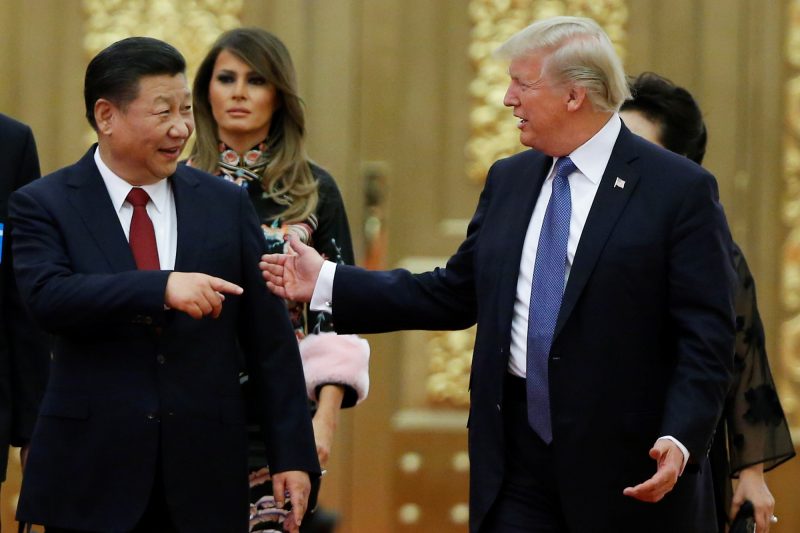 Though the US has a mixed record when it comes to supporting democracy, Berman said „few presidents in recent history have been as indifferent to the distinction between democrats and dictators in their dealings and assessments as have Trump.“

Berman added: „Trump has created a more permissive environment for would-be dictators not merely by his responses (or lack thereof) to democratic backsliding and growing authoritarianism abroad; his actions at home have been crucial as well.“

Trump’s record of „often denigrating fundamental democratic institutions…has emboldened others to do the same while also weakening American democracy, making the United States less of an example to be emulated than avoided,“ Berman said.

Echoing these sentiments, Andrea Kendall-Taylor, a senior fellow and director of the Transatlantic Security Program at the Center for a New American Security, told Insider, „When Trump refers to the media as ‚enemies of the people,‘ or hollows out our institutions like the State Department, he gives top cover to other leaders who seek to do the same.“

Kendall-Taylor said that this type of behavior from Trump „weakens the model of democracy“ that the US provides and that „citizens globally have historically sought to emulate.“

„He makes it easy for autocrats like Putin and Xi to point to the US and say that democracy is dysfunctional and doesn’t deliver,“ Kendall-Taylor added. „By stoking polarization and weakening US democracy at home, Trump is undermining one of the most important drivers of the democracy around the globe.“

‚With Trump, rogue actors come in for compliments, so all of them feel enabled to do what they want without fear‘

As Trump attacks democratic institutions at home, his propensity for praising authoritarians elsewhere has also had palpable consequences.

„America wrecked democracy in many countries around the world during the Cold War by backing coups, but was also considering a beacon of democracy for many foreign countries and used sanctions and other means to police rogue actors,“ Ben-Ghiat said. „With Trump, rogue actors come in for compliments, so all of them feel enabled to do what they want without fear of American censure quite the contrary.“

Though US intelligence agencies concluded that Russia interfered in the 2016 presidential election under Putin’s direct orders, Trump has frequently expressed doubts on the matter as he’s exhibited an amiable disposition toward the Russian leader.

In one of the most infamous moments of his presidency thus far, Trump sided with Putin over the US intelligence community on the subject of election interference while standing before the world at a meeting in Helsinki, Finland, in July 2017. He later walked back on his remarks, but the incident was emblematic of Trump’s willingness to show trust in leaders with dubious track records on respecting international norms and upholding human rights.

Trump, for example, took the word of North Korean leader Kim Jong Un that he didn’t know about the circumstances that led to the death of a US student, Otto Warmbier, shortly after he was released from imprisonment in North Korea. Warmbier’s parents slammed Trump for siding with Kim. 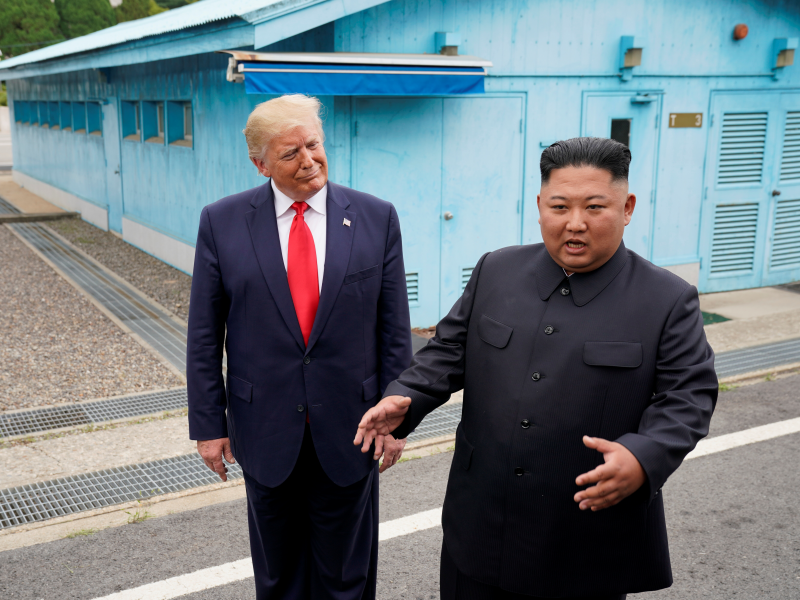 The president has also exhibited a great deal of trust in Saudi Crown Prince Mohammed bin Salman, going against the CIA’s reported conclusion that he ordered the killing of Jamal Khashoggi, a journalist who’d been critical of the Saudi royal family.

In recent months, Trump was on the receiving end of loud, bipartisan criticism in Washington for withdrawing troops from northern Syria. It paved the way for a Turkish invasion that targeted US-allied Kurdish forces who bore the brunt of the US-led campaign against ISIS. Trump abruptly made this decision after a phone call with Turkish President Recep Tayyip Erdogan, another autocratic leader the president has displayed a high level of admiration for.

All of these leaders have taken various steps to consolidate power, in some cases by seeking anti-democratic constitutional reforms but also by arresting or even killing dissidents and opponents. These leaders are also at the center of crises across the world, from the bloody war in Yemen and the Ukraine conflict to the rampant human rights abuses of Uighur minorities.

‚While some may argue that his words don’t matter, they do‘

„Democracy’s troubles predate Trump, but his words and actions have accelerated trends that threaten liberal democracy,“ Kendall-Taylor said. „Trump’s affinity for strongmen-leaders like Erdogan, Putin and Saudi Crown Prince Mohammad Bin Salman-sends a signal to these and other leaders that there are few costs associated with repressive behavior. While some may argue that his words don’t matter, they do.“

Cas Mudde, a political scientist at the University of Georgia who’s an expert in populism and democracy, told Insider that authoritarian leaders like Putin and Xi can’t really be controlled by the US but added that „authoritarians in less powerful countries, like Brazil and Turkey, are at least partly dependent upon acceptance from the US.“

„Technically it is not the responsibility of the US to hold foreign leaders accountable, but it can be in its self-interest,“ Mudde said, stating that democracies tend to collaborate better with others and go to war less often.

Since 2000, at least seventeen African heads of state have tried to remain in power by „tweaking“ their countries‘ constitutions, according to an April 2019 report from the Council on Foreign Relations. 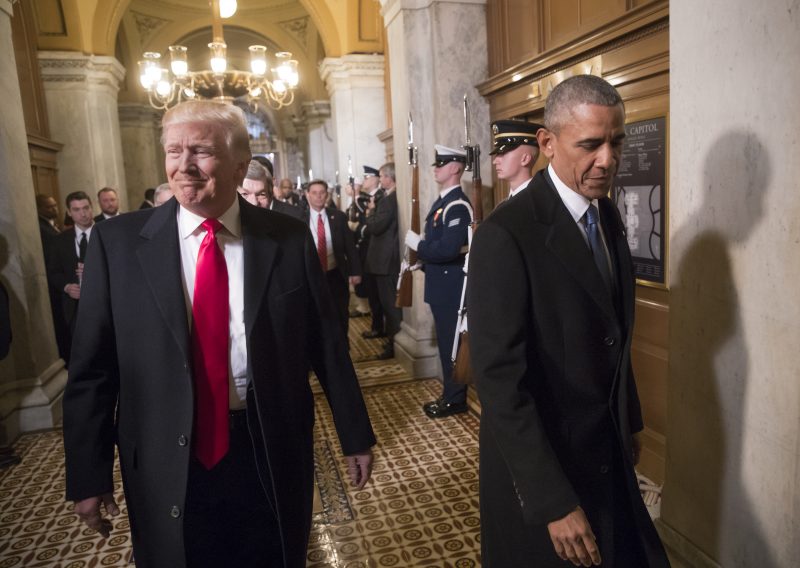 Trump’s predecessor, former President Barack Obama, made a point to decry such leaders before he left the White House.

In a speech before the African Union in 2015, Obama said: „Nobody should be president for life. Your country is better off if you have new blood and new ideas. I’m still a pretty young man, but I know that somebody with new energy and new insights will be good for my country. It will be good for yours, too, in some cases.“

„When a leader tries to change the rules in the middle of the game just to stay in office, it risks instability and strife,“ Obama added. „And this is often just a first step down a perilous path. And sometimes you’ll hear leaders say, ‚Well, I’m the only person who can hold the nation together.‘ If that’s true, then that leader has failed to truly build their nation.“