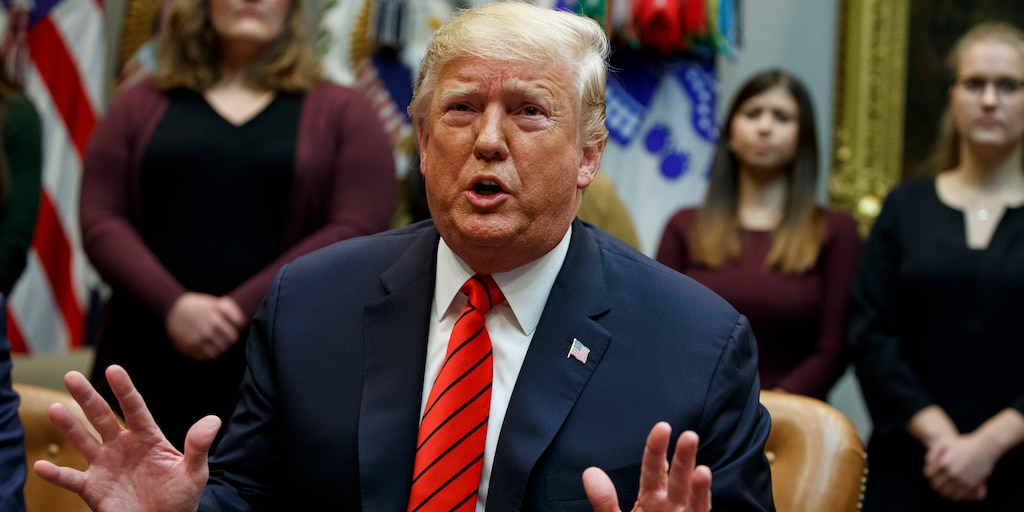 President Donald Trump sought to defend his Social Security record in a Thursday afternoon tweet, accusing Democrats of wanting to “destroy” it and pledging he would “save” it — only a day after he suggested he was open to overhauling it alongside Medicare.

Trump said: “Democrats are going to destroy your Social Security. I have totally left it alone, as promised, and will save it!”

The comments came only a day after he suggested in a CNBC interview that he was open to overhauling both social-safety-net programs, saying it was “the easiest of all things” and it would happen at the “right” moment after the election.

Judd Deere, a White House spokesperson, defended the administration’s record on entitlements in an email to Business Insider on Wednesday, saying, “With no benefit cuts, President Trump is keeping his commitment to the most vulnerable Americans especially those who depend on Medicare and Social Security.”

Deere added: “His budgets have proposed more savings to mandatory programs than any President in history, including lowering drug costs, eliminating waste, fraud, and abuse, and getting people off welfare and back to work.”

Trump faced significant criticism from Democrats after his remarks on the entitlement programs aired on CNBC. Social Security and Medicare are both highly popular with voters.

Sen. Bernie Sanders, a leading Democratic presidential candidate, said in a Wednesday tweet that Trump “lied” about his 2016 campaign pledge to guard both programs from cuts.

And Sen. Elizabeth Warren, another frontrunner, also pounced, saying she would “fight” to expand Social Security instead.