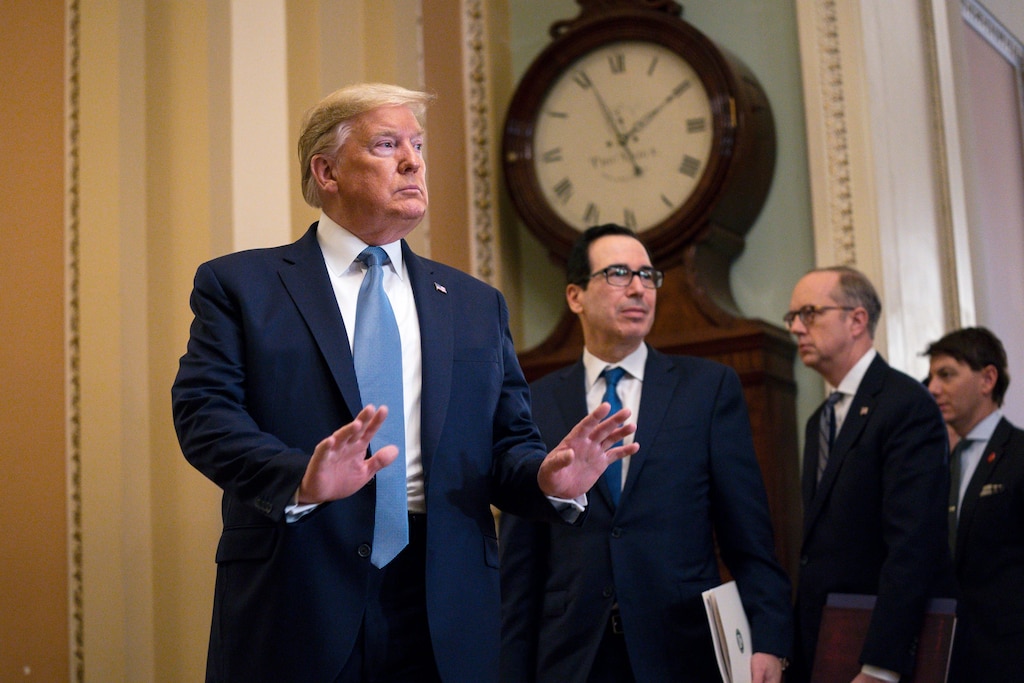 The Trump administration announced Tuesday evening it would pursue measures to insulate the US economy from the coronavirus outbreak, though no official proposal had been reached with Congress.

In brief comments at a news conference on the respiratory illness COVID-19, White House economic adviser Larry Kudlow said the administration would push to ease payroll taxes and assist those unable to work because of the outbreak. The government could also offer aid to small businesses and industries that have been disproportionately affected by the economic disruptions.

While Trump had pledged to deliver a “very dramatic” economic proposal by Tuesday afternoon, key details remained elusive at the news conference. Referring to payroll tax cuts, Kudlow said he thought the president “would prefer those last through the end of the year.”

Still, the announcement marked a sharp reversal for a White House that has sought to downplay the human and economic threats of the outbreak. The number of confirmed cases has risen sharply in the US in recent days, prompting new restrictions on activity in the largest economy and sending financial markets reeling.

While Trump could potentially use the Federal Emergency Management Agency to unilaterally implement some measures, he would need congressional approval for a broader stimulus package. The White House has found common ground with Democrats in its support for the temporary expansion of paid sick leave, with experts saying such a policy could curb the spread of COVID-19.

But after the president and several of his advisers discussed potential economic measures with Senate Republicans at a closed-door lunch hours earlier, some remained skeptical of payroll tax cuts.

Even as Washington began a scramble to keep the longest expansion in history afloat this week, Trump has balked at growing recession fears and painted a rosy picture of the US economy.

“A lot of good things are going to happen,” Trump told reporters earlier Tuesday. “The consumer is ready, and the consumer is so powerful in our country with what we’ve done with tax cuts and regulation cuts and all of those things. The consumer has never been in a better position than they are right now.”