‘The most anti-capitalist idea I could ever dream up’: Billionaire Stanley Druckenmiller unloads on Trump’s desire for negative interest rates 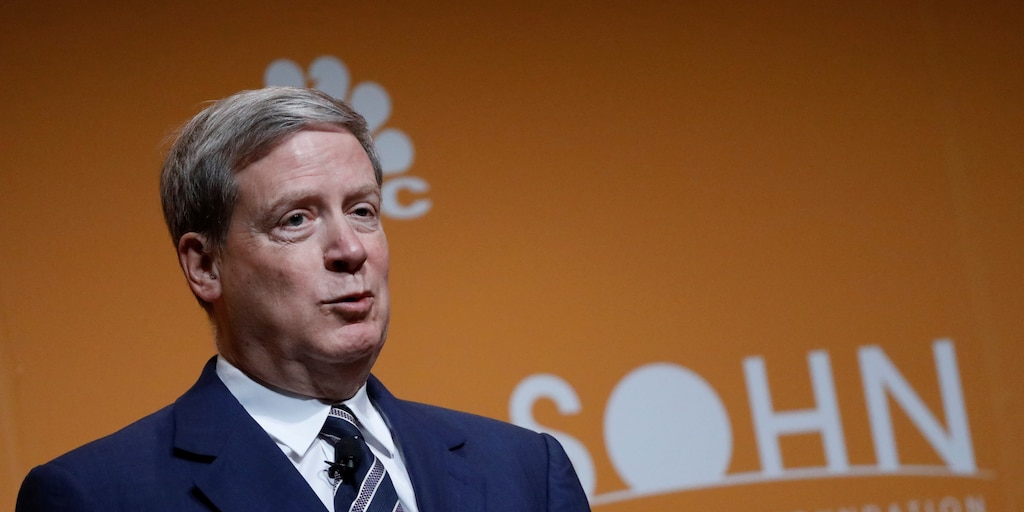 President Trump has repeatedly called for negative rates in the US, most recently tweeting that it “would be sooo great” if the Federal Reserve further cut its benchmark interest rate.

Druckenmiller rebuked the claim, saying in a Bloomberg TV interview he believes the Great Recession was fueled by cheap borrowing costs and negative rates would harm US markets.

“I will go to my grave believing that the financial crisis happened because of bubbles created by easy money,” the former hedge fund manager said. “And then this crazy president saying we need negative rates to compete with negative rates in countries where they clearly aren’t working.”

He added: “It’s the most anti-capitalist idea I could ever dream up.”Â

Read more: 14 top Wall Street experts unveil their stock-market forecasts for 2020 – and tell you where to put your money

The Fed lowered its rate three times in the second half of 2019, bringing the first rate cuts since the aftermath of the financial crisis. While the central bank’s actions helped boost US stocks to new records through the end of the year, Druckenmiller blames the policy for complicating previously simple investments.

He told Bloomberg TV that the Fed has now moved too far in easing the interest rate, and should now begin raising it as uncertainty from Brexit and the US-China trade war fades.

“This administration, with wondering about where the hell the next bomb is coming from, just doesn’t allow me to take some of the positions I’ve taken historically where I just thought it was a one-way bet,” the billionaire said.

Druckenmiller has a history of disagreeing with the Fed. The former hedge fund manager called for the bank to pause its rate hikes in a December 2018 column in the Wall Street Journal, and profited from his bet that the Fed would begin rate cuts this year.

The billionaire investor also railed against Trump’s trade war actions, accusing the administration of picking favorites with its tariff exemptions. The “phase one” deal between the US and China will prevent further trade war escalations, but Druckenmiller still feels the handling of current tariffs interfere with capitalism.

“When you have a president of the United States who puts hundreds of billions in tariffs and then goes and picks and chooses individual economic actors who pay those tariffs and those who don’t, it might as well be the politburo,” Druckenmiller told Bloomberg.

WeWork sets up a $1.75 billion credit line with Goldman Sachs as part of its massive bailout package

By Tim Büchner|2019-12-18T19:21:08+00:00December 18th, 2019|Business|Comments Off on ‘The most anti-capitalist idea I could ever dream up’: Billionaire Stanley Druckenmiller unloads on Trump’s desire for negative interest rates