More than one senior military leader has said the services are facing a „war for talent,“ as a stronger economy and two decades of war, among other factors, make military service less appealing to young Americans.

The Army, striving to reach 500,000 active-duty soldiers by the end of this decade, has rolled out an esports team to attract recruits. The Air Force, facing a protracted pilot shortage, capitalized on the recent blockbuster „Captain Marvel“ with a recruiting drive.

For the Navy, which wants more ships to do more operations across a greater area, the effort to attract more people – and the right people – is influencing ship design, the service’s top civilian official said this week.

„What we have to think about – and we’re sort of a platform-centric service, both us and the Marine Corps – is how do we reduce the number of people we have and that distributed maritime force that we have? How do we get lethality out there without having to have 300 people on a ship to deliver it?“ Navy Secretary Thomas Modly said Friday at the Center for Strategic and International Studies in response to a question about personnel costs, which rise faster than inflation.

„It also requires, I think, an increase in the level of capability and skill that we have in the force, and that’s why we’re investing so much in education, because you’re going to ask these people to do a lot more and to be a lot more adaptable in the jobs that … we’re asking them to do,“ Modly said. 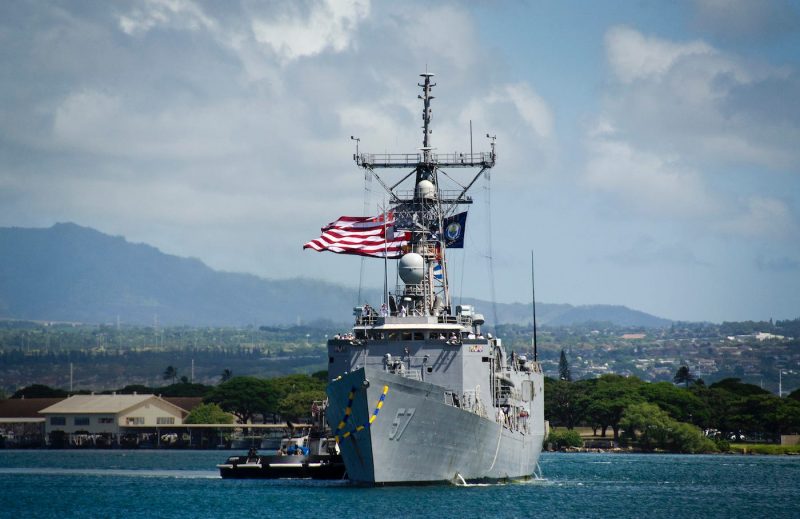 That thinking was „sort of the philosophy“ behind the Navy’s future guided-missile frigate, Modly added.

Frigates do many of the same missions as destroyers and cruisers but are smaller and less equipped and therefore generally do those missions in lower-threat areas.

The Navy wants the new frigate to be able to operate in open-ocean and near-shore environments and to conduct air, anti-submarine, surface, and electronic warfare and information operations.

„That’s going to be a fairly lightly-manned ship with a lot of capability on it,“ Modly said.

„I had a great example of a ship, and I won’t mention which manufacturer it was, but I went into the ship and they showed me a stateroom with four bunks and its own shower and bathroom facility,“ Modly said.

He continued: „I was in the Navy back in the Cold War, and I said, ‚Wow, this is a really nice stateroom for officers.‘ They said, ‚No, this where our enlisted people live.‘ And I said, ‚Well, why did you design the ship like that?‘ And they said, ‚We designed the ship like this for the type of people we want to recruit to man it.’“

„That’s really what we have to think about,“ Modly added. „They’re going to be more lightly manned but with probably more highly-skilled people who have lots of opportunities to do things in other places, so we have to be able to attract those people. That is a big, big part of our challenge.“ 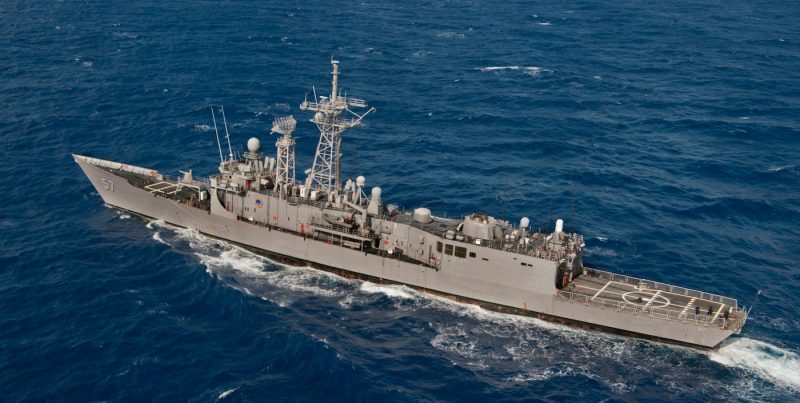 While the design for the future frigate, designated FFG(X), has not yet been selected, the Navy plans to award the design and construction contract in July, according to budget documents released this month.

The Navy is only considering designs already in use, and the firms in the running are Fincantieri with its FREMM frigate design, General Dynamics Bath Iron Works and Navantia with the latter’s F-100 variant, Austal USA with a frigate version of its Independence-class littoral combat ship, and Huntington Ingalls with what many believe may be a variation of the National Security Cutter it’s building for the Coast Guard, according to Defense News.

The Navy plans for design and construction of the first ship to take until 2026 but expects construction to increase rapidly thereafter, with the 10th arriving by 2030, eventually producing 20 of the new frigates.

Without an exact design, cost is hard to estimate, but the Navy wants to keep the price below a billion dollars per ship for the second through 20th ships and hit a total program cost of $19.81 billion. 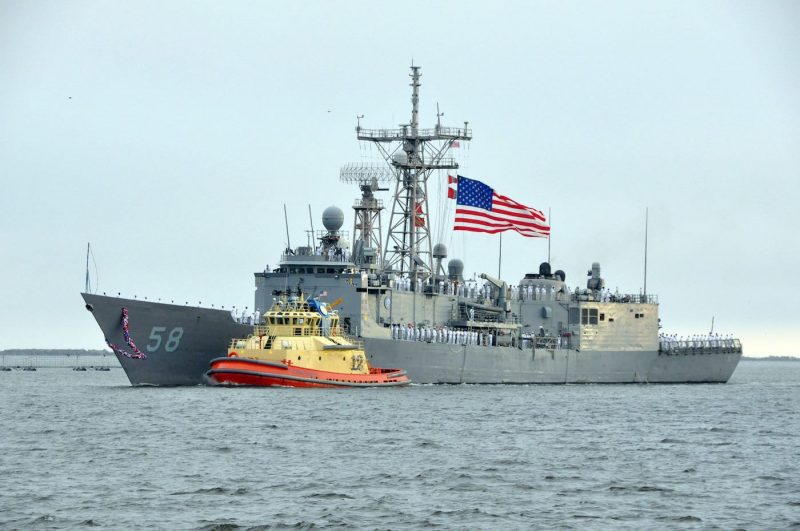 The Navy also wants to use dual-crewing to maximize the time its future frigates spend at sea.

Switching between a „blue crew“ and a „gold crew“ extends the amount of time the ship can operate – allowing frigates to take on missions that larger combatants, like destroyers, have been saddled with – without increasing the burden on the crew and their families; it’s already in use on ballistic-missile submarines and littoral combat ships.

Dual-crewing „should double“ the new frigate’s operational availability, Vice Adm. Ronald Boxall, then the surface-warfare director for the chief of naval operations, told Defense News at the end of 2018.

In the blue-gold crew model, the crew of the ship would still be working to improve their skills in what Boxall described as „higher-fidelity training environments.“

„In an increasingly complex environment, it’s just intuitive that you have to have time to train,“ Boxall told Defense News. „We think Blue-Gold makes sense for those reasons on the frigate.“