The coronavirus pandemic could cost the global economy a nightmarish $82 trillion over 5 years, a Cambridge study warns 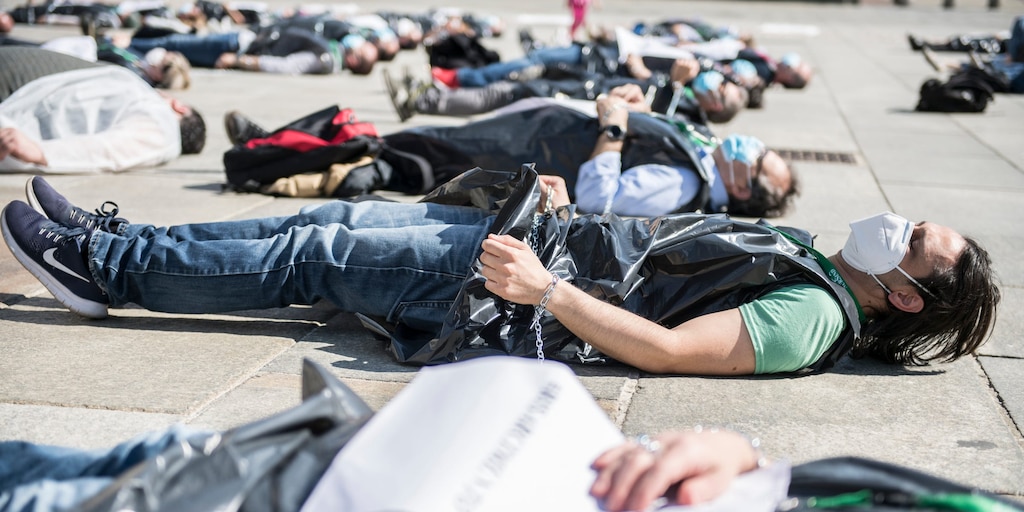 The global economy could be set back by a harrowing $82 trillion in damages related to the coronavirus pandemic over the next five years, according to recent findings by a University of Cambridge department that examines systemic risks.

These cost projections are based on 2019 gross domestic product volumes which stood at $69.2 trillion for the world’s 19 leading economies. The contrast, in comparison, is visibly massive.

The Centre for Risk Studies at the University of Cambridge Judge Business School determined that the potential toll could range between what it called an “optimistic loss” of $3.3 trillion in case of rapid recovery, and $82 trillion in the event of an economic depression.

While lost value of $82 trillion is the worst case scenario, the centre’s consensus projection was a loss of some $26.8 trillion, or 5.3%, of global GDP in the coming five years.

To put a figure on the potential impact to some of the leading global economies, the following five-year loss projections added more context (All %’s represent five-year GDP estimates):

The centre was keen to stress that its metrics are not forecasts for what will happen, rather projections on what might occur. They are also not meant to reflect an economic contraction, but rather how much potential GDP is at risk.

“The new calculations on GDP@Risk from the pandemic are not forecasts, but rather are projections based on various plausible scenarios that could unfold in the next five years related to the economic impact of COVID-19,” Andrew Coburn, the centre’s chief scientist said.

Strikingly, financial markets do not seem to be weighing in a doomsday scenario. The S&P 500 continues to advance, making gains of over 30% compared to March.

In other related impacts, future growth and return on assets could continue to be depressed up to 40 years after the passing of the pandemic, according to Keith Wade, chief economist at Schroders UK. Wade’s recent note was first reported by Marketwatch.

By citing studies on the long-term economic impact of past pandemics, Wade shed some light on outbreaks spanning back to the 14th century Black Death up to the H1N1 explosion of 2009.Â 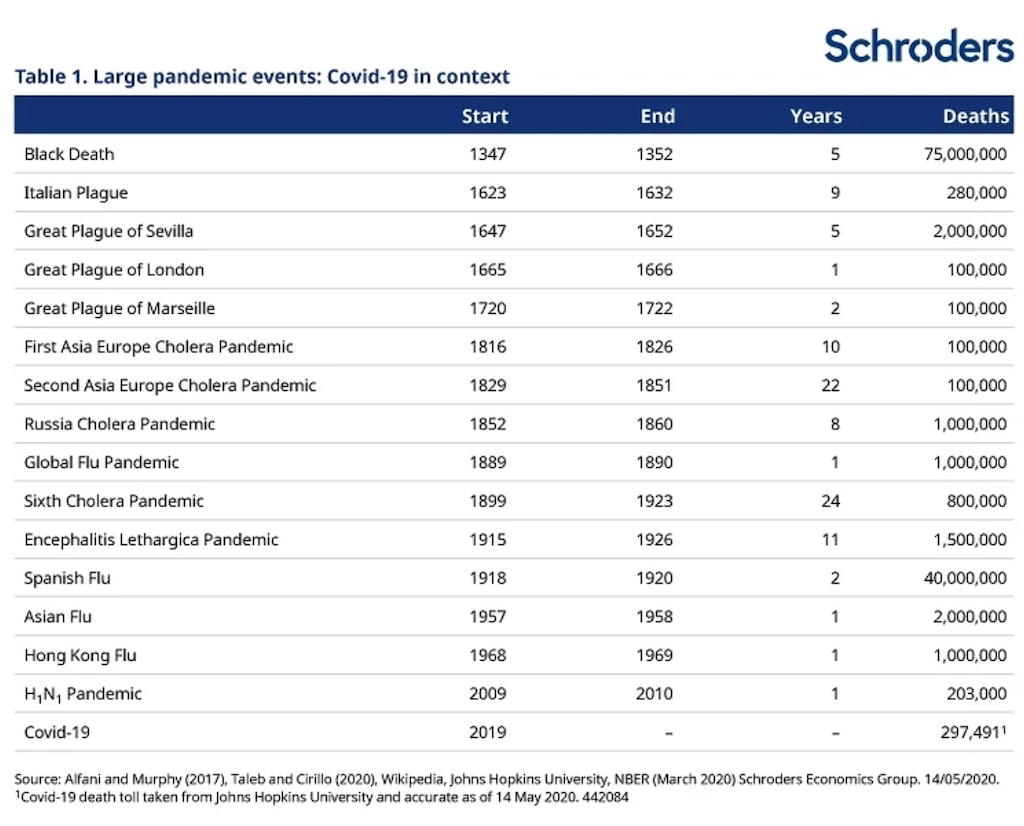 “The world economy is still in the midst of the ‘full stop’ described by Daniel Defoe some 300 years ago,” Wade said.Â

“The virus is likely to reinforce the trends that were driving activity before the outbreak struck, by challenging the growth path, creating greater pressure on government finances and increasing inequality as technology becomes ever more pervasive.”