Taliban says it shot down US military plane in Afghanistan, no survivors

The Taliban said on Monday it had shot down a US military plane in Ghazni, eastern Afghanistan.

A statement from the Taliban said that all passengers, which they say included high ranking CIA officers, were killed, according to Reuters‘ Afghanistan correspondent Ab Qadir Sediqi.

The US military told The Associated Press (AP) it was investigating.

Local media are reporting that there are six victims of the crash.

Tariq Ghazniwal, a local journalist, told the AP he saw two bodies laying besides the aircraft upon arrival at the scene.

#AFG. These are said to be (unconfirmed) pictures of the plane crashed in #DehYak (#Taliban controlled area) district of #Ghazni province.
Local officials say the crashed aircraft is belonging to any foreign airlines, so far no word on the number of casualties.
Pix: SM pic.twitter.com/YsSsO5cN40

The plane wreck was first thought to be that of an Ariana Afghan Airlines commercial aircraft. 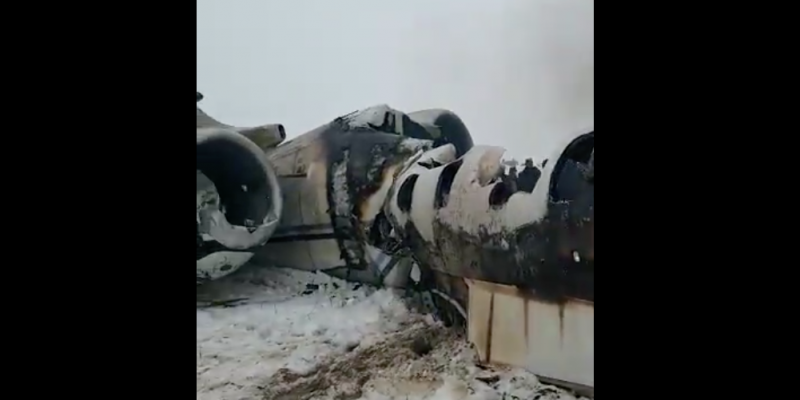 Foto: A video purporting to show the wreck of a US Air Force Bombardier E-11A.sourceTwitter/Badr-ul-huda

Aviation experts and sleuths have since combed purported footage and images of the crash shared on social media, and asserted the plane is in fact a US military Bombardier E-11A.

The E-11A is used for electronic surveillance over Afghanistan, according to the AP.

This is a developing story. More follows.