‘Shrugging off the pessimism’: Stocks rally on early signs that lockdowns are working against coronavirus 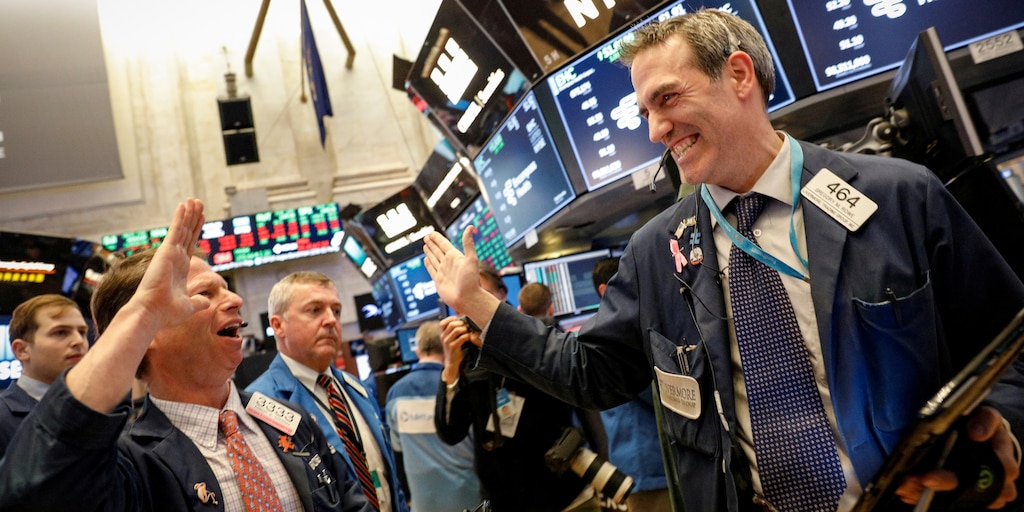 Global stocks surged on Monday as investors cheered signs that lockdowns were paying off in the battle against the novel coronavirus.

Italy, the global epicenter of the pandemic, reported its fewest deaths in more than two weeks. France and Spain both recorded their lowest death tolls in several days. New York also registered its first one-day decline in coronavirus deaths.

“Investors are shrugging off the pessimism,” Naeem Aslam, chief market analyst at AvaTrade, said in a morning note.

Read more: GOLDMAN SACHS: These 13 cheap stocks are poised for years of better-than-expected profits — and they’re must-haves as the coronavirus wipes out earnings in 2020

President Donald Trump touted the good news on Sunday, but warned the national crisis would worsen before it gets better.

“We’re starting to see light at the end of the tunnel,” he said, but the US “will reach a horrific point in terms of death” in the coming days and weeks.

Coronavirus — which causes a disease called COVID-19 — has spread to more 175 countries and territories, infected at least 1.2 million people, and killed upwards of 69,000. The US remains one of the worst-hit nations with north of 330,000 confirmed cases and around 10,000 deaths.

Containment measures may be paying off, but analysts warned that loosening them prematurely could have severe consequences.

“Policymakers need to be immensely vigilant and careful before they make the idea of removing the lockdown mainstream,” Aslam said in his note.

“If the second wave returns with more intensity, we could be in a for a longer period of recession.”

Read more: ‘Still too high’: Goldman’s global equity chief lays out 4 reasons why the stock market will melt down further before it fully captures the coronavirus crisis