The defining battle in President Donald Trump’s impeachment trial concerns whether the Senate will hear from key witnesses, including some of Trump’s closest advisers.

On Sunday, the dynamics of that fight changed. The New York Times reported that Trump’s former national security adviser John Bolton wrote in his upcoming book that Trump told him last year he would withhold military aid to Ukraine until the Ukrainian president acceded to his demands for investigations into his political rivals.

The bombshell report has all but shattered Trump’s impeachment defense and intensified pressure on GOP senators to call Bolton to testify, something he’s already said he’d do if subpoenaed.

It’s also provoked some legal experts to call on Chief Justice John Roberts, who’s presiding over the Senate trial, to issue subpoenas himself if the Senate refuses to.

„The Democrats‘ impeachment managers should immediately ask the chief justice to issue subpoenas for key witnesses and documents, insisting that the Senate rules make him and him alone the decision maker about whether to ‚make and enforce‘ those subpoenas,“ they wrote.

While they conceded that the vote of a majority of senators is necessary to decide evidence questions, including whether to compel a witness to answer a specific question or whether to enter a document into the record, the lawyers argued it’s Roberts‘ „prerogative“ and „responsibility“ to ensure the evidence is available to be debated by the Senate.

He tweeted, „Will he aspire to the Rehnquist model of proudly doing nothing, or will he fulfill the Constitution’s directive that he „shall preside“ in some meaningful way?“

Some Democrats have similarly voiced support for a Roberts intervention.

„Despite the Jury foreman McConnell’s best attempt to rig the trial for the defendant, the judge should make sure all the facts are entered into evidence and the witnesses are heard,“ Jesse Ferguson, a Democratic strategist and former spokesman for Hillary Clinton, told Insider.

Sen. Bernie Sanders, a top 2020 Democrat, weighed in last week, arguing that Roberts should step in to allow witnesses. 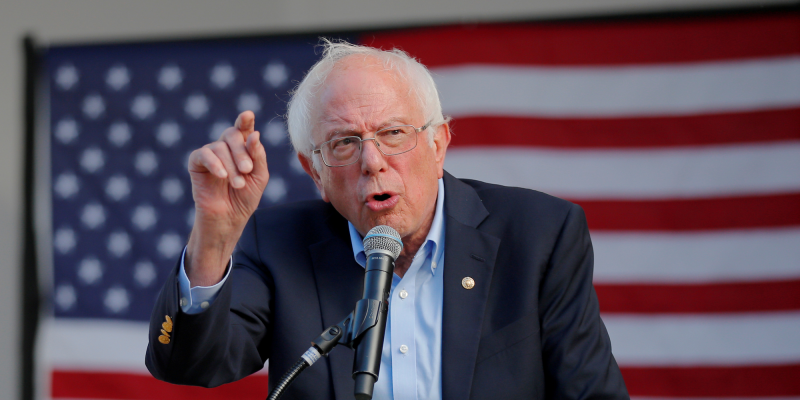 „I think it would be appropriate for the chief justice to do what I think should be done, and that is to allow witnesses to testify,“ Sanders said.

But other legal experts say Roberts doesn’t have the authority to overrule a majority of the Senate under Majority Leader Mitch McConnell’s rules. And even if Roberts does believe he has such authority, he wouldn’t risk politicizing himself by acting on it.

Frank Bowman, a constitutional-law professor at the University of Missouri School of Law, called the argument articulated in Monday’s Times op-ed „crazy“ and said it’s „vanishingly unlikely“ that Roberts decides to „step in the middle of this incredible snarling axe fight and pick a side.“

„I don’t think there’s any pressure on Roberts to do anything – I think that’s a figment of the frenzied imaginations of the commentariat,“ Bowman told Insider. „The Constitution says the Senate has the sole power to try impeachments and, regardless of what some old rule may say, the bottom line is 51 senators win.“

Republicans insist the senators themselves should determine the rules of the trial.

GOP Sen. Lisa Murkowski, a key moderate who says she’s „curious“ to hear Bolton’s testimony, told The Hill last week that she doesn’t believe Roberts has the authority to break a tie in a Senate vote on the rules. 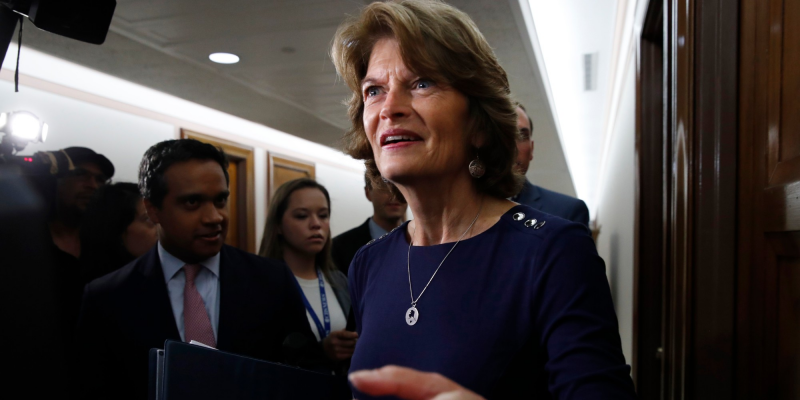 Murkowski is one of just a few Republican senators who’ve expressed openness to admitting new evidence and witnesses into the trial. On Monday, Sens. Mitt Romney and Susan Collins, both Republicans who’ve been critical of the president, said they’re leaning towards voting in favor of calling witnesses.

But Democrats would need at least four Republicans to defect in order to reach the necessary 51-majority vote.

„He won’t want to insert himself,“ he told Insider. „He will let the will of the majority of the Senate work, likely on Friday.“

Notably, a CNN poll published last week found that a large majority of Americans – 69% – think the Senate should call new witnesses to testify during the trial – a key issue which Democrats strongly favor and most Congressional Republicans reject.