The Chinese city of Wuhan – the center of a viral outbreak that has killed at least 17 people and infected 571 – has been locked down.

As of 10 a.m. Thursday morning local time, public transport had been totally shut off.

Buses, planes, subways, and ferries had been shut down in the city of some 11 million people, a measure without precedent in its sweeping scale. 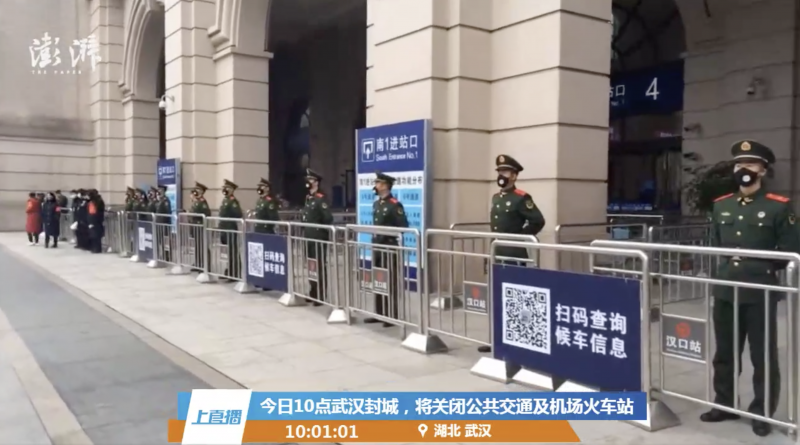 Foto: A row of Chinese soldiers block the entrance to the central Hankou Station in Wuhan, China, after the government put the city in lockdown.sourceThe Paper/Twitter

Residents in the city were told not to enter or leave, even using their own transportation, without an overwhelmingly good reason to do so. All organized public gatherings have been canceled.

Foreign news correspondents described driving out of the city before the deadline hit.

Janis Mackey Frayer of NBC News said that she and her colleagues left before dawn on Thursday. Tom Cheshire of Sky News also described leaving by road. He said his driver believed the roads were closed behind them.

It came as new officials figures showed the scale of the disease, a coronavirus known as 2019-nCoV, had continued to spread.

The latest update, accurate to midnight Wednesday, said that 571 cases had been recorded in China, 17 of which have proven fatal. 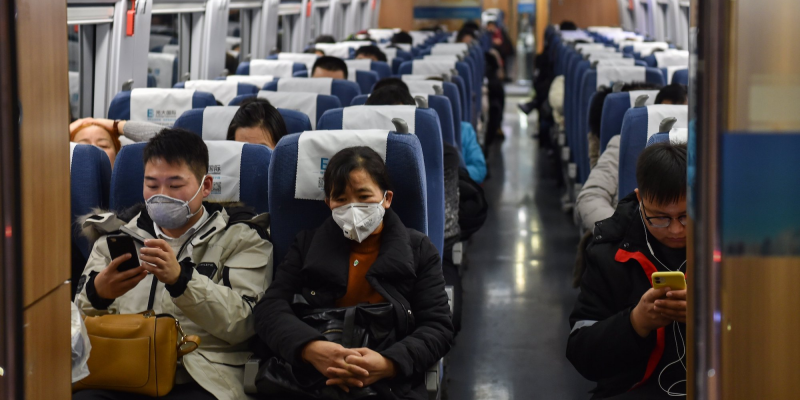 Foto: Mask-wearing passengers in Shanghai catch one of the final trains into Wuhan before a lockdown was imposed on January 23, 2020.sourceHector Retamal/AFP via Getty Images

On the Chinese social network Weibo, the top trending topic was #WuhanLockdown, according to The New York Times.

Footage of the city just after the lockdown was published on Twitter by The Paper, a Chinese-language digital news outlet.

It shows rows of Chinese soldiers outside Hankou Railway Station, a central transit hub in Wuhan. Many people were gathered outside to watch, including one who took a selfie in front of the barriers. 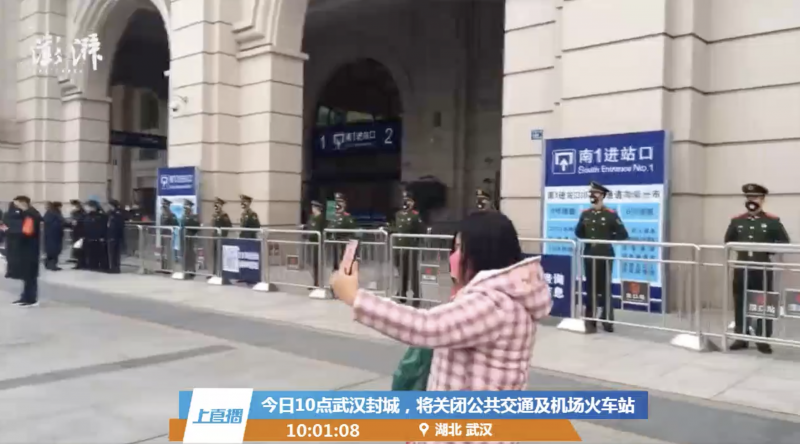 Foto: A woman in Wuhan, China, takes a selfie in front of barricades erected to enforce a lockdown at the city’s Hankou railway station.sourceThe Paper/Twitter

Inside a ticket hall, a departure board showed a sea of red with blanked-out destinations. Ticket booths were shuttered and automated machines seemed not to work.

Inside the city, officials insisted on mandatory face masks in public places, and encouraged people to report anyone not using a mask to the authorities, according to the outlet Sixth Tone. 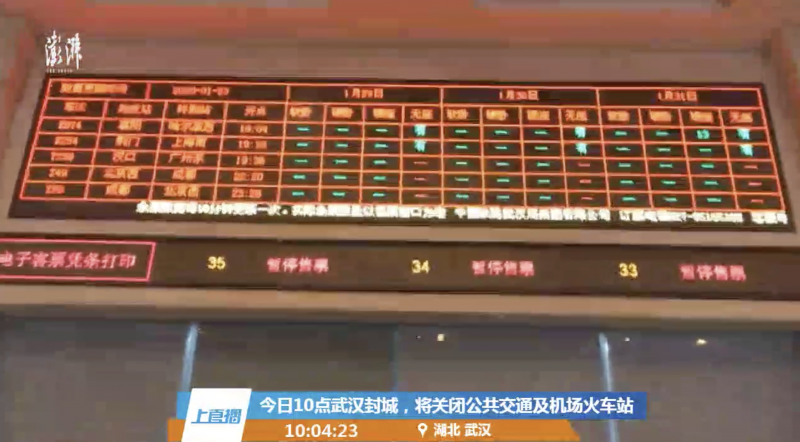 Foto: A departure board in Wuhan, China, shows a row of blank destinations after authorities suspended public transit on January 23, 2020.sourceThe Paper/Twitter

According to the Reuters news agency, people left in Wuhan rushed to grocery stores to stockpile supplies, but found many shelves empty of staples like meat, vegetables, and instant noodles. Some stores raised prices to capitalize on the extra demand.

Experts cited by The New York Times said that cutting off an entire city the size of Wuhan has never been attempted before.

Wuhan has a similar population to New York City, but is an even more significant transit hub given its central location in China.