Chants of „Kobe“ and „MVP“ echoed outside the Staples Center as hundreds gathered outside the iconic sports arena to pay tribute to the late NBA legend Kobe Bryant.

Bryant, his 13-year-old daughter Gianna, and seven others were killed in a helicopter crash in Calabasas, California, Sunday morning. Bryant was 41.

Fans were seen wiping away tears, leaving flowers, and writing heartfelt messages on the ground of Xbox Plaza to remember the Los Angeles Lakers player and his daughter.

„It’s just one of those times where you know that a city respects an athlete,“ Brooklyn Butler, who attended the tribute, told Insider. „He was LA’s god basically, and these are the kind of people you want to be around for a moment like this.“

Fans wrote messages to Bryant and his daughter Gianna on the floor of Xbox Plaza. 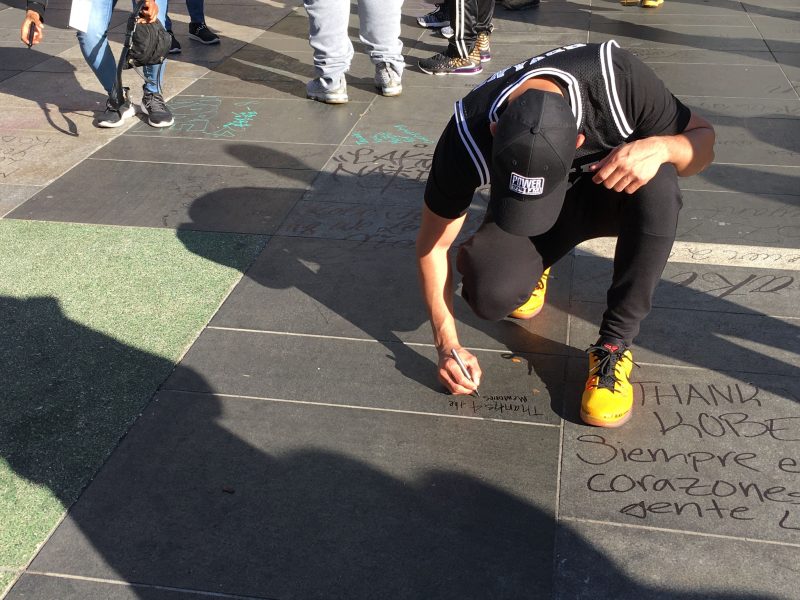 Foto: Fans wrote messages to Bryant and his daughter Gianna on the floor of Xbox Plaza.sourceLauren Frias/Business Insider

„Everybody, even if they’re not a huge sports fan, can look at this man and respect him for being a great father, a great friend, and then an even bigger inspiration,“ Butler said.

People left jerseys and basketballs among the flowers and candles to pay tribute to the late basketball icon. 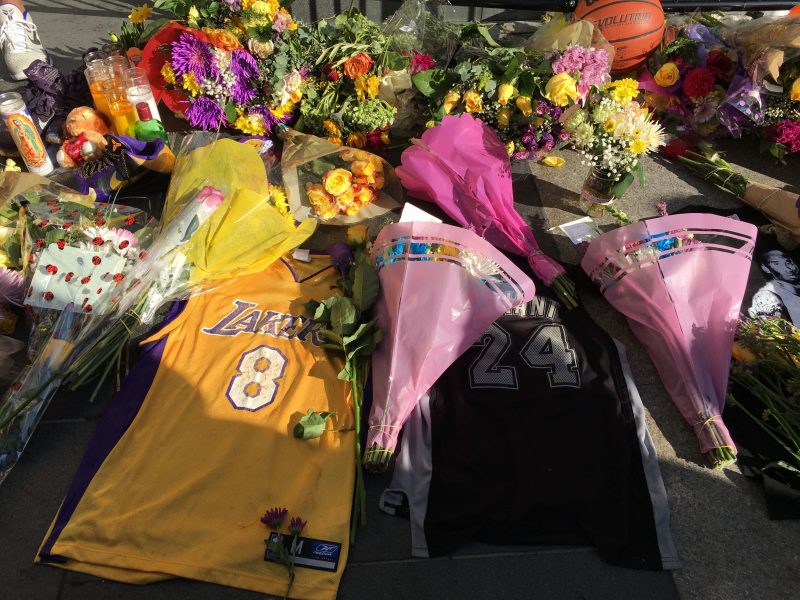 Foto: People left jerseys and basketballs among the flowers and candles to pay tribute to the late basketball icon.sourceLauren Frias/Business Insider

Lakers fan Ron Antonio told Insider he attended the vigil for Bryant to be around other fans as he mourns the loss of the basketball icon.

„You can feel it here, the impact that one person brings,“ Ron Antonio said. „That’s what we need on this planet nowadays. I’m glad I get to be around all these people.“ 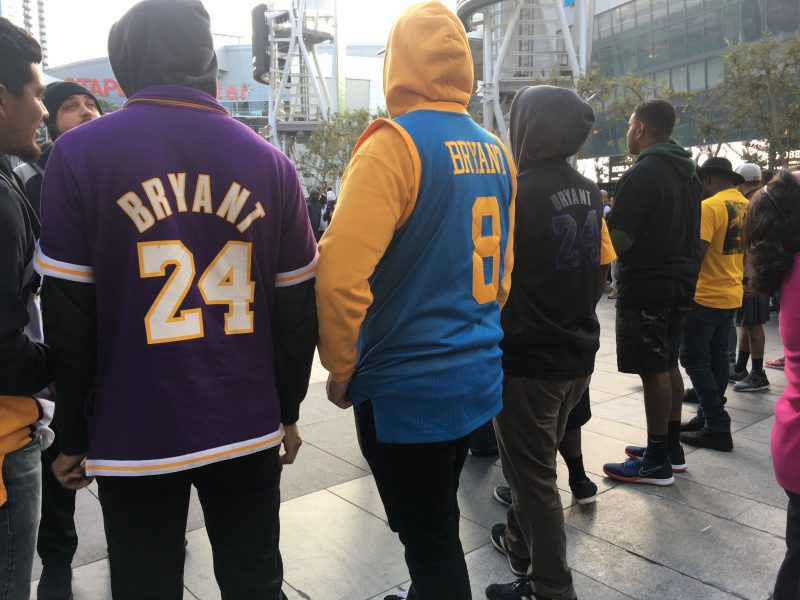 Christopher Ramos, who also attended the vigil, told Insider he wanted to pay his tribute to the player on Sunday after hearing the news, but instead was compelled to go home to his family, given how suddenly the Bryant family experienced significant loss.

Several screens displayed a photo of Bryant and his daughter, as well as the seven other passengers in the helicopter. 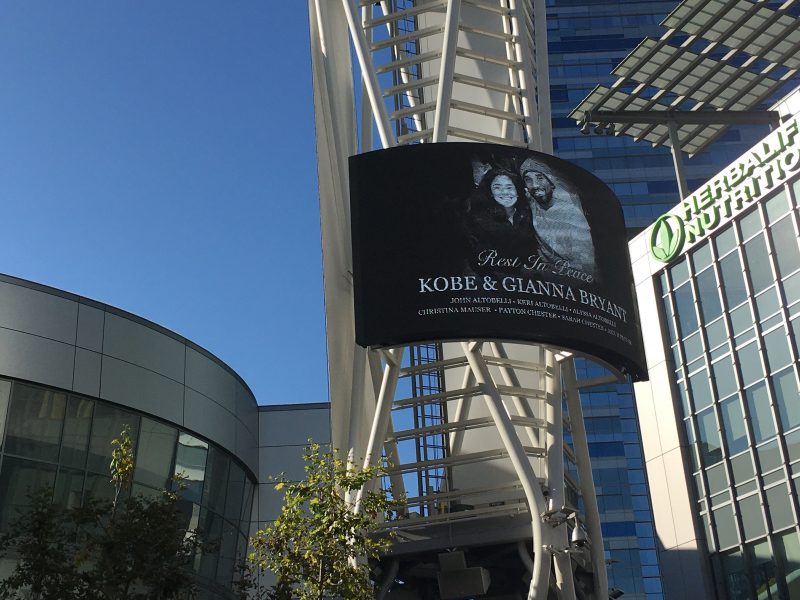 Foto: Several screens displayed a photo of Bryant and his daughter, as well as the seven other passengers in the helicopter.sourceLauren Frias/Business Insider

Ramos said he would honor his favorite basketball star by trying to be just like him.

„One of my mentors told me the only way to honor a legend is by being a legend, so that’s what I’m going to do,“ Ramos said. „I want to leave this earth the way he did and leave a legacy behind.“

The Xbox Plaza was filled with memorabilia commemorating the NBA icon. 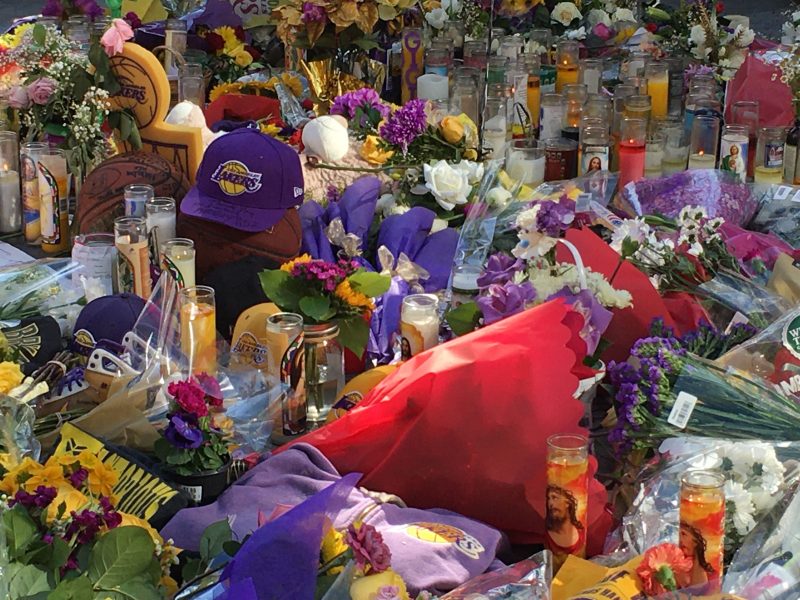 Arpa Almasi told Insider that she didn’t believe the news of Bryant’s death at first. But after accepting his loss, she said she knew all she could do now is celebrate his life and legacy.

„There had been so many times where I didn’t assume that it was true until it became true, and then it was just waterfalls after that,“ she said. „It’s been tough. But what can you do at this point? We just have to celebrate him, and I know, knowing the type of person he is, he would want us to just move on.“

People sought comfort and solidarity with other Lakers fans amid the loss of Bryant. 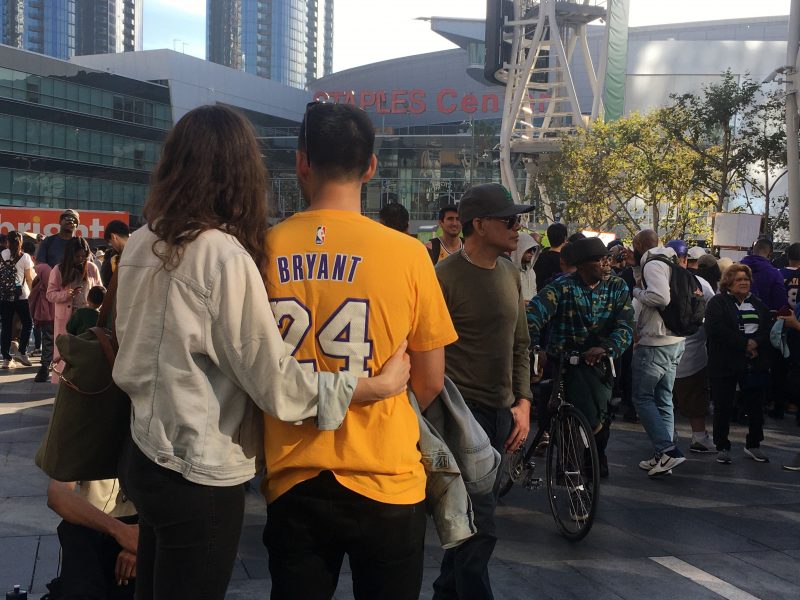 Foto: People sought comfort and solidarity with other Lakers fans amid the loss of Bryant.sourceLauren Frias/Business Insider

Almasi said she also attended the vigil outside the Staples Center to be around other fans who felt the same way she did.

„It’s just a tragedy to be out here and have one of the legends be gone with his daughter,“ Almasi said. „So we’re all here giving our support and believing and mourning his loss, and it just feels surreal. But all at the same time, we’re just here for support.“

Fans both young and old mourned for their icon. 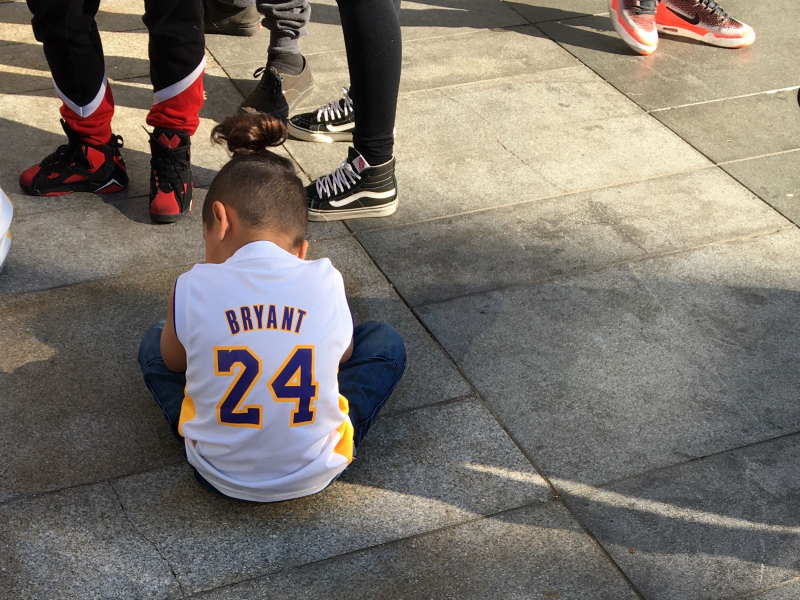 Foto: Fans both young and old mourned for their icon.sourceLauren Frias/Business Insider

She went on to describe the impact Bryant had on a global scale on all fans, no matter their age.

„He was more than just a basketball player, I think,“ Almasi said. „It wasn’t just, ‚Oh he plays for the Lakers.‘ He’s good at what he does. He inspired many people, like myself, and younger generations to aspire to be the greatest at everything they do.“

Fans embraced as they shed tears for Bryant and Gianna. 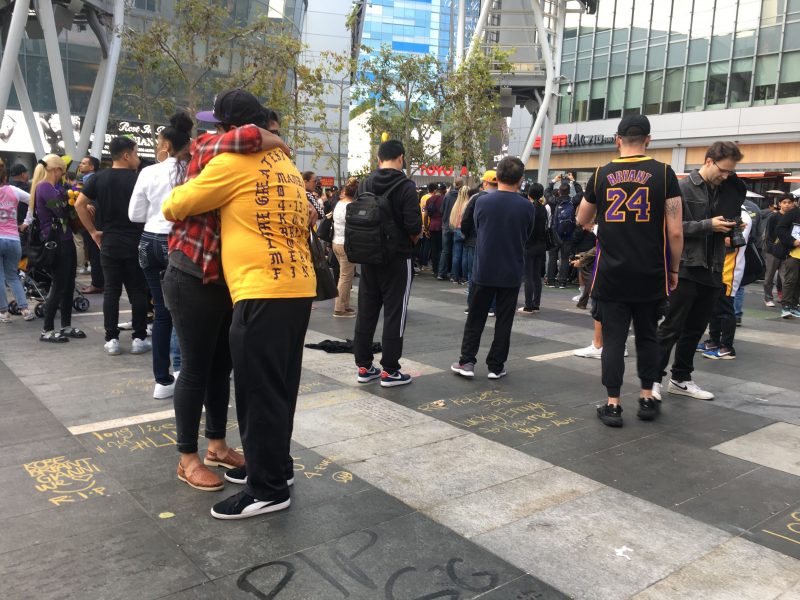 Despite the pain that everyone felt from the loss of Bryant, Gabriel Gonzalez told Insider that it was comforting to know it bought all basketball fans together.

„The whole community just mourns for them,“ Gonzalez said. „But at the same time, as they come here to remember his past, at least it just brings everybody together.“

Lakers fan Christy Rusk brought a game for kids and adults alike could shoot paper into the trash can to honor Bryant. 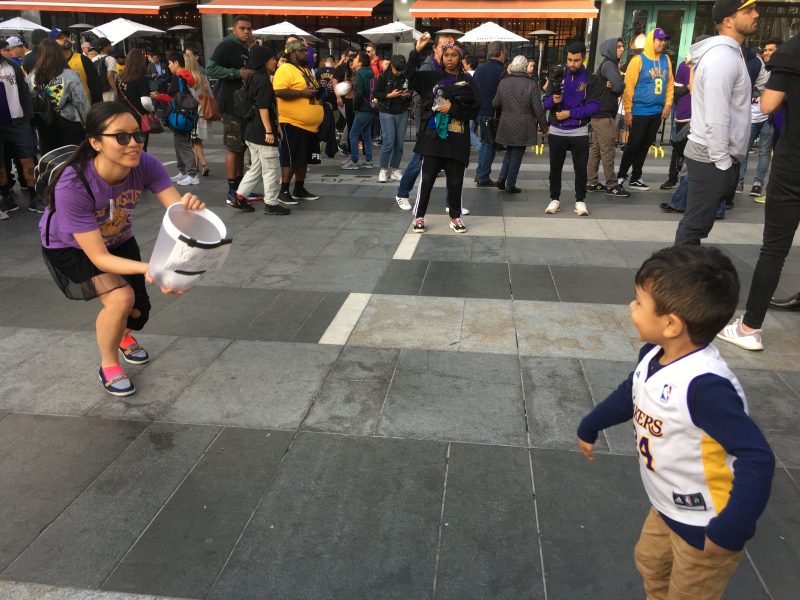 „Kobe was and – I can’t, I still have to say is – an icon, a legend, a great person who just wanted to give back to his community,“ Rusk told Insider. „And I would like to think that anyone can hope to do that, to just leave behind this massive, awesome, f—ing, kick ass trail of good.