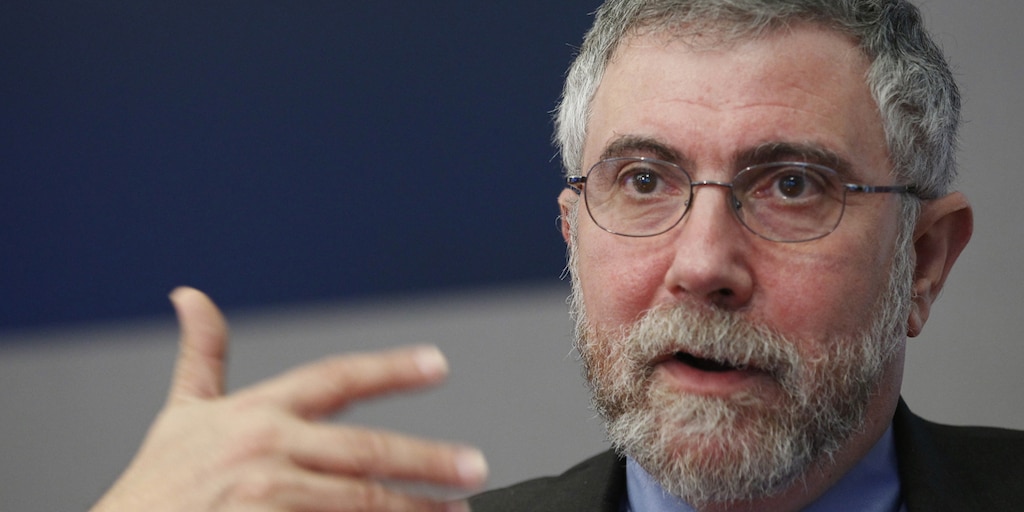 Paul Krugman blasted President Donald Trump twice on Monday, blaming him for the coronavirus crisis in the US and highlighting the loss of his signature achievement.

“America’s catastrophically inadequate response to the coronavirus can be attributed largely to bad short-term decisions by one man,” the Nobel Memorial Prize-winning economist wrote in a New York Times column.

“At every stage, Donald Trump minimized the threat and blocked helpful action because he wanted to look good for the next news cycle or two, ignoring and intimidating anyone who tried to give him good advice,” Krugman continued.

Trump repeatedly downplayed the coronavirus threat, according to The New York Times. The government had the outbreak “totally under control” and it would be “just fine,” he said in January. It would “miraculously” go away by April, he said in February. It would “disappear,” he said earlier this month.

The president’s dismissive attitude towards the outbreak may well have been a factor in the shortfall in coronavirus testing in the US.

Now, the nation has racked up more than 4,700 cases and 92 deaths from the pandemic. Officials have closed schools, shut down bars, restaurants, and other gathering places, and postponed or canceled major events such as SXSW and Coachella. Lawmakers are scrambling to pass relief measures such as free coronavirus testing, improved unemployment benefits, and a cut to payroll taxes.

“The Trump team is utterly incapable of formulating a coherent response to the gathering economic crisis,” Krugman argued in his column.

Trump declared a national emergency last Friday and pledged “no resource will be spared” on Friday.

“Take away his magic talisman and there’s nothing left”

Krugman took to Twitter on Monday to point out that Trump’s biggest boast — a record stock market — no longer stands.

The coronavirus-driven market sell-off has driven the Dow Jones Industrial Average down to within 400 points of the level it was when Trump took office in January 2017.

“The stock market is not the economy,” Krugman tweeted. “It *is*, however, pretty much the Trump presidency. Take away his magic talisman and there’s nothing left.”

By Tim Büchner|2020-03-17T13:28:07+00:00March 17th, 2020|Business|Comments Off on Paul Krugman blasts Trump for ‘catastrophically inadequate’ coronavirus response, points out his biggest boast has evaporated