Caution tape hangs near the steps of Federal Hall across from the New York Stock Exchange in New York.

Frothy growth stocks in the equity market remain Wall Street’s biggest risk heading into the final weeks of 2019, according to Morgan Stanley.

Chief U.S. Equity Strategist Michael Wilson wrote in a weekly report to clients that the brokerage still favors defensive, reliable stock picks and a choosier bias in general as investors look to 2020.

“We still think the greatest risk in the equity market remains in growth stocks where expectations are too high and priced,” Wilson wrote. “From a sector standpoint, this is consumer discretionary broadly and expensive software and secular growth stocks.”

“Focus on what you own, not how much,” he added.

The strategist’s advice to steer clear of consumer discretionary stocks comes after equities rallied on Friday to finish the week on a high note.

A healthy nonfarm payrolls print that showed employers added 266,000 jobs in November sparked a 337-point surge in the Dow Jones Industrial Average and 1.2%-bump in the S&P 500, with stocks closing just below their record highs reached on Nov. 27. 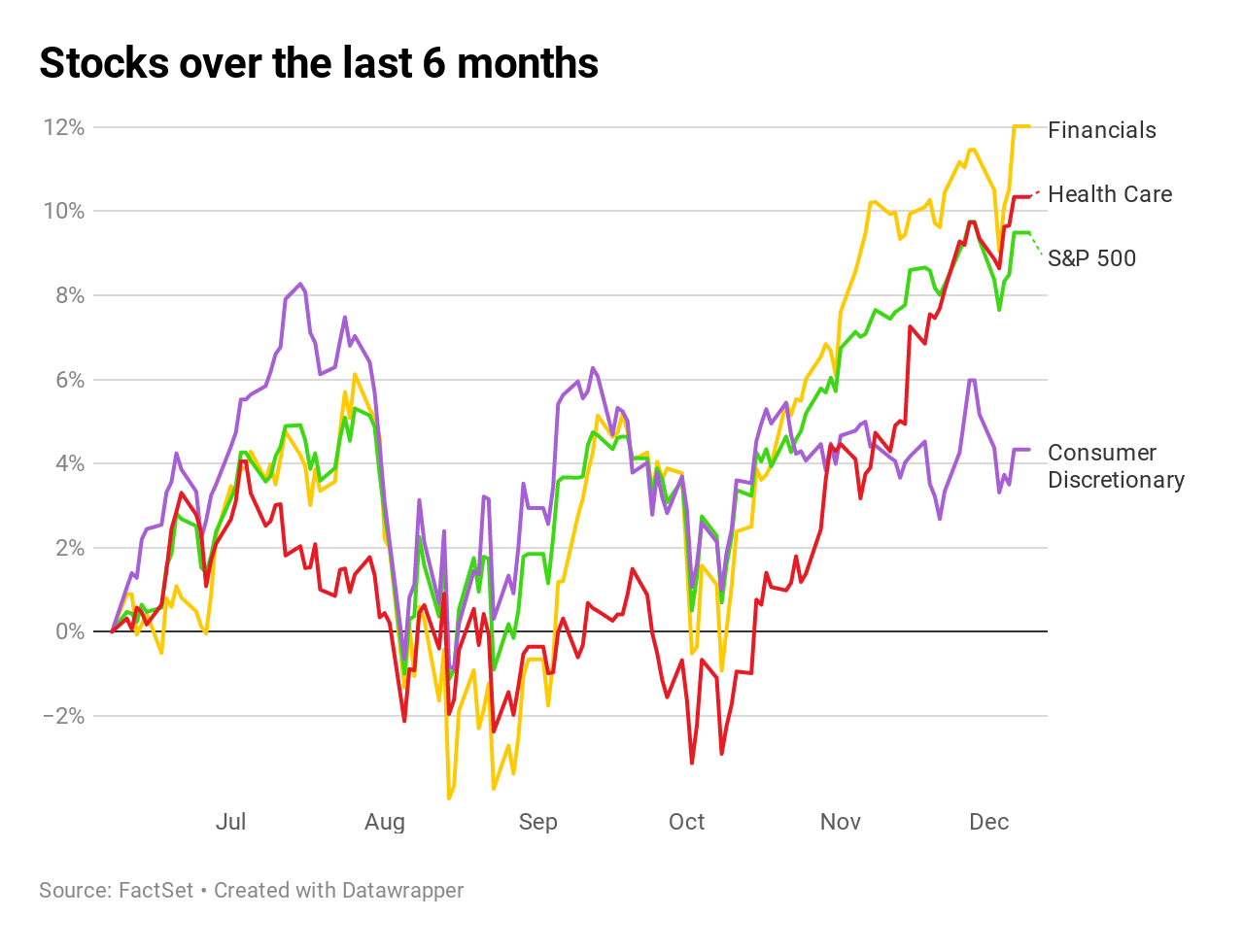 But barring outperformance from a handful consumer stocks like Ulta, discretionary equities lagged the broader market as communications, energy and financials stocks all carried the indexes within spitting distance of their relative records.

Though the market’s internal performance may not seem critical at first, the composition of equity outperformance shows that the Street may be starting to err on the side of caution in such an expensive environment.

And while some money managers have cautioned investors from adding too much more to their equity holdings based on elevated valuations, Morgan Stanley says it views the rotation in a more defensive light.

“Despite a big rally in stocks, we continue to position our overweights / underweights away from growth and toward the more defensive parts of value (Staples, Utilities and Financials),” he added.

Wilson said that banks are his hedge against better-than-expected growth as rates would rise. On the flip side, if growth disappoints, the Fed might be tempted to cut the overnight lending rate against and the yield curve could steepen and help widen lending margins.

To be sure, Wilson is one of Wall Street’s biggest equity bears for 2020 and earlier in the fall told clients that Morgan Stanley expects “disappointing” earnings per share in 2020.

“We’d argue that in 2018, an aggressive Fed quashed one of this decade’s best years of growth, while this year, the Fed elevated asset prices despite broadly slowing growth-something we identified well in 2018 but missed this year,” he wrote in November.

“However, we expect that by April, the liquidity tailwind will fade and the market will focus more on fundamentals,” he continued.