On Saturday, five people were stabbed in the home of Rabbi Chaim Rottenberg in Monsey, New York.

Several people were gathered there during a Hanukkah celebration when an attacker entered the home carrying a machete described by a witness as „the size of a broomstick.“

The Orthodox Jewish Public Affairs Council said in a tweet on Saturday night that five patients, one of whom was the son of Rabbi Rottenberg, had been transported to local hospitals. The New York Police Department announced that a suspect was arrested in Harlem and was turned over to officials in Rockland County, New York, where Monsey is located, according to the New York Times.

In light of the stabbing that shook the Jewish community to its core during Hanukkah, as well as several other anti-Semitic incidents that have shocked the nation and world in recent months and years, here’s how political leaders and celebrities reacted with words of support to the Jewish community. 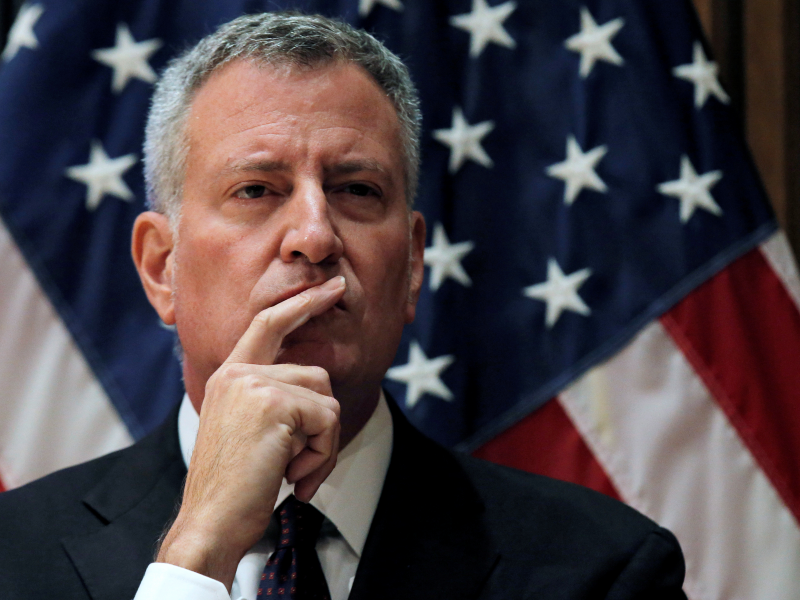 „Horrific. So many Jewish families in our city have close ties to Monsey. We cannot overstate the fear people are feeling right now. I’ve spoken to longtime friends who, for the first time in their lives, are fearful to show outward signs of their Jewish faith,“ the mayor wrote on Saturday night.

De Blasio added: „We will NOT allow this to become the new normal. We’ll use every tool we have to stop these attacks once and for all. The NYPD has deployed a visible and growing presence around Jewish houses of worship on the streets in communities like Williamsburg, Crown Heights and Boro Park.“ 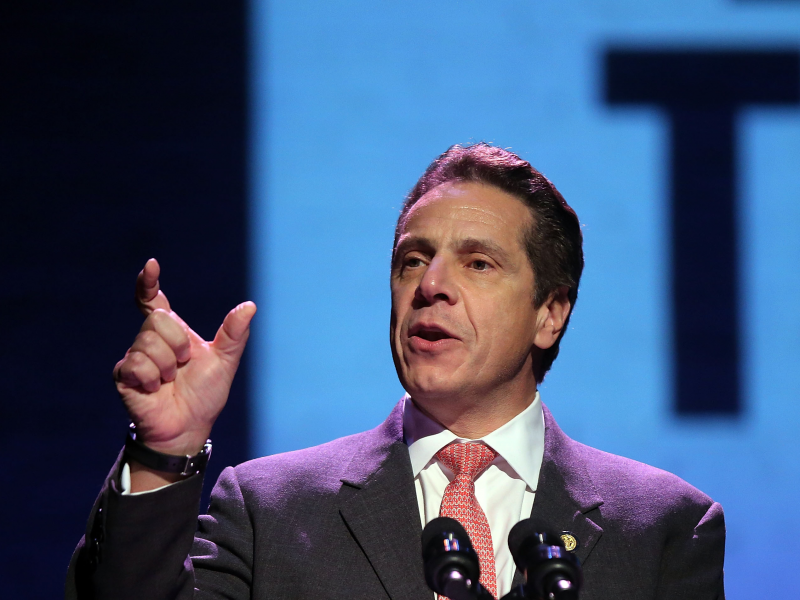 „I am directing State Police to increase patrols and security in Orthodox Jewish neighborhoods across New York State. Last night’s attack in Monsey was an act of domestic terrorism that sought to incite hate and generate fear. We will not tolerate it,“ Cuomo wrote in a tweet on Sunday.

He added in a separate tweet: „I do not tolerate this. We must call this what it is: Domestic terrorism & our laws must treat it that way.“

President Donald Trump tweeted: „We must all come together to fight, confront, and eradicate the evil scourge of anti-Semitism.“ 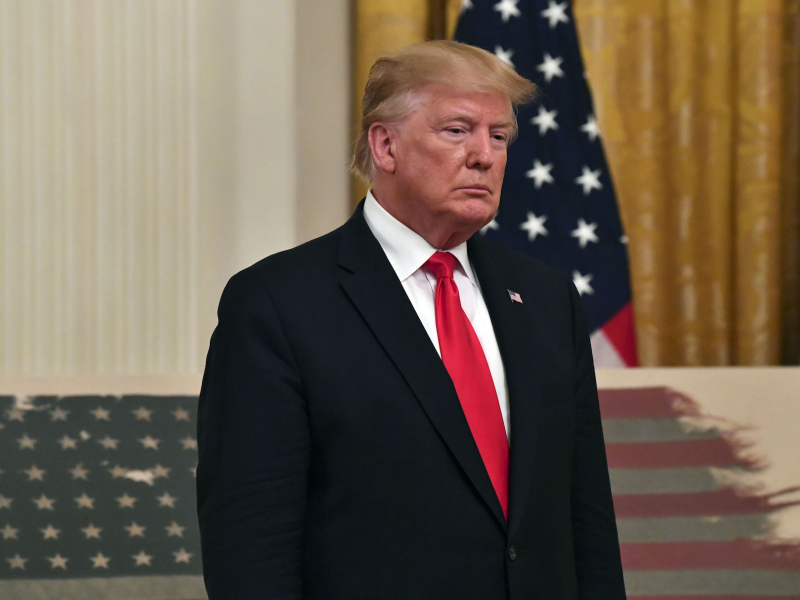 „Melania and I wish the victims a quick and full recovery,“ he added in a tweet on Sunday.

Trump has notably been criticized in the past for remarks that some consider anti-Semitic, and has been accused of stoking extremist, hateful sentiments in the run-up to his election and during his time in office. 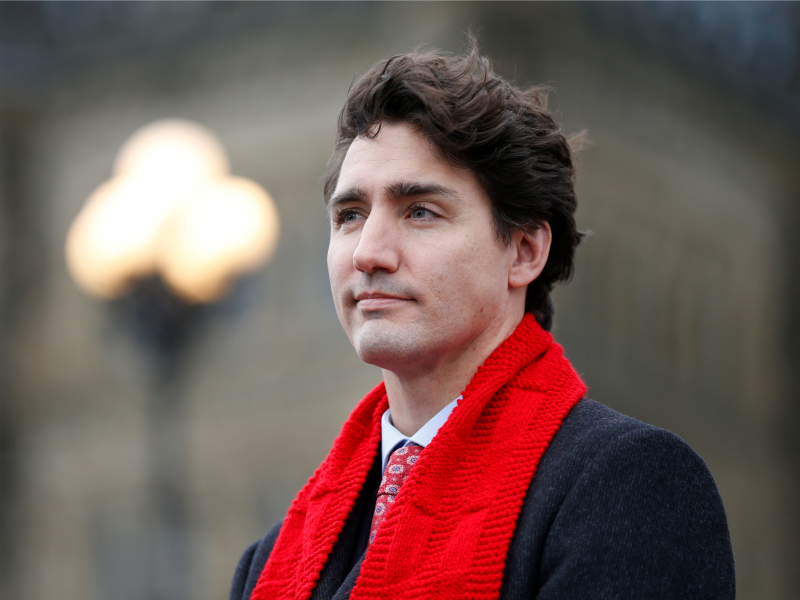 „Anti-Semitism & hate have no place anywhere in our world and we must continue to stand together against them. Last night’s attack on Jews celebrating Hanukkah in New York is a sad reminder of the rising numbers of such heinous acts. We must all come together to end them,“ Trudeau wrote on Twitter. 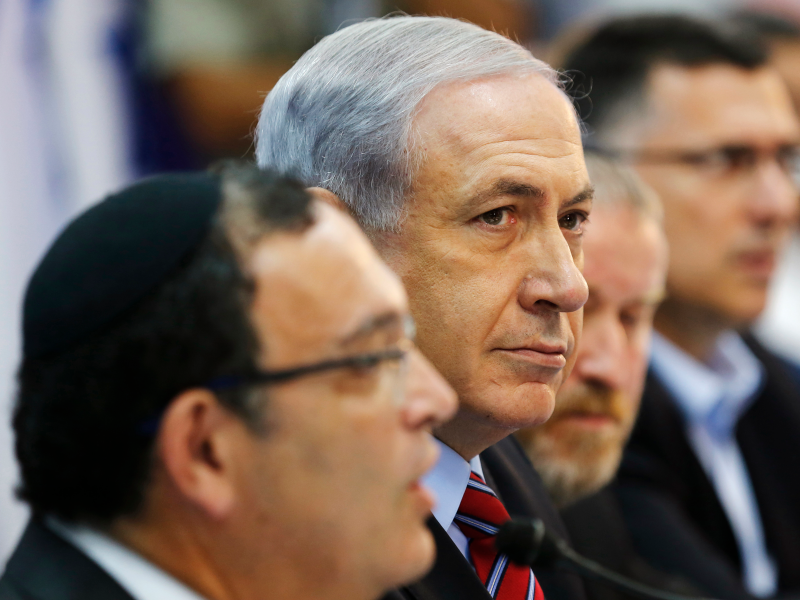 „Israel strongly condemns the recent displays of anti-Semitism including the vicious attack at the home of a rabbi in Monsey, New York, during Chanukah,“ Netanyahu wrote in a tweet on Sunday.

„We send our best wishes for recovery to the wounded. We will cooperate however possible with the local authorities in order to assist in defeating this phenomenon. We offer our assistance to every country.“

Senator and Democratic presidential candidate Elizabeth Warren wrote that she is „heartsick.“ 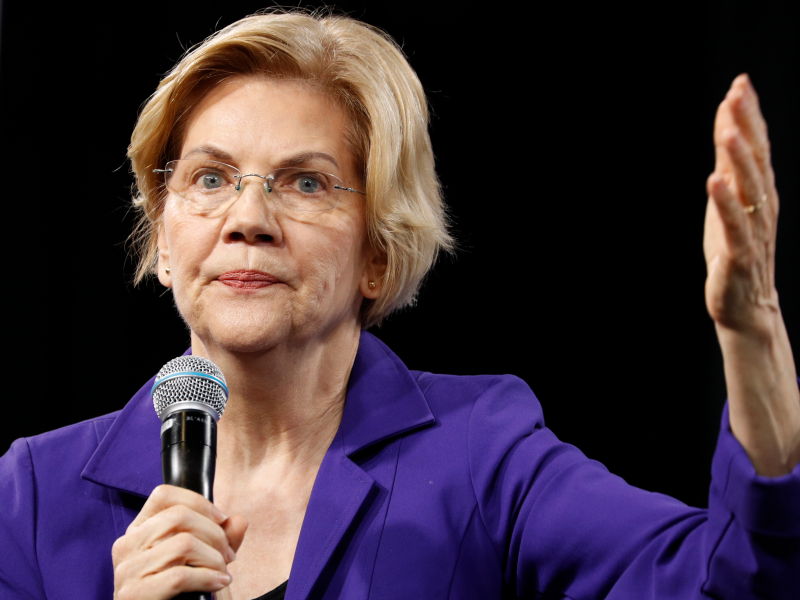 „I’m heartsick for the victims of this horrific attack. This is unfortunately just the latest of a series of anti-Semitic attacks in New York and New Jersey,“ Warren wrote on Twitter. „We must fight anti-Semitism and make clear that hateful bigotry has no place in our society.“ 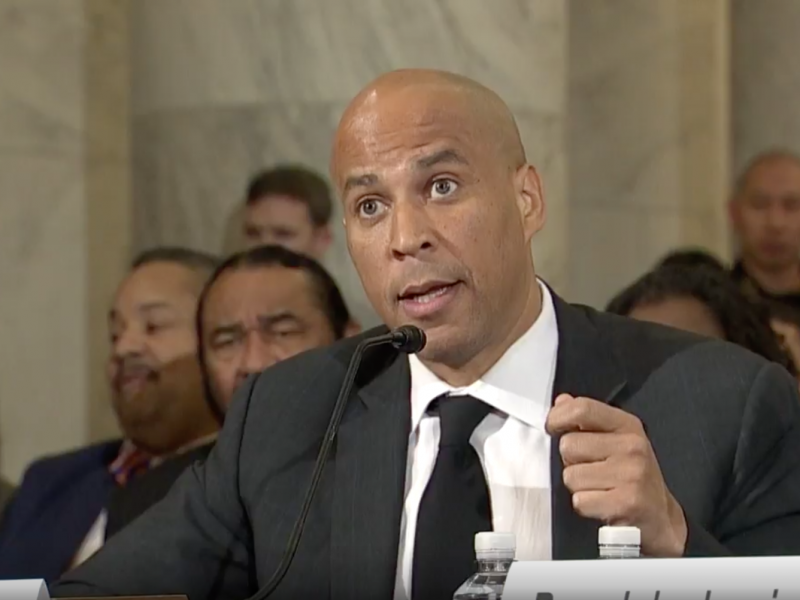 „The increasing frequency of anti-Semitic attacks is horrifying. We must all join to stop them in their tracks and root out the hatred and ignorance at their core. My heart is with the victims in Monsey, their families, and the entire Jewish community,“ Booker wrote on Twitter.

Speaker of the House Nancy Pelosi encouraged people to „condemn and confront anti-Semitism and all forms of bigotry and hate wherever and whenever we see them.“ 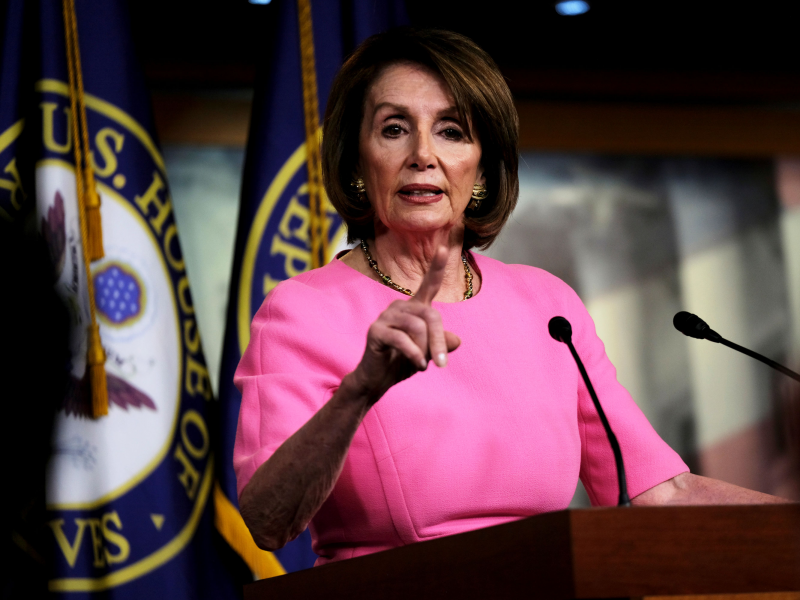 Heartbroken and deeply disturbed by the stabbing in Monsey and the many recent anti-Semitic attacks in the NY metro area, especially during this holiday season,“ Pelosi tweeted on Sunday.„We must condemn and confront anti-Semitism and all forms of bigotry and hate wherever & whenever we see them.“

Secretary of State Hillary Clinton wrote: „We must all stand shoulder to shoulder to fight anti-Semitism and demand that our elected leaders do the same.“ 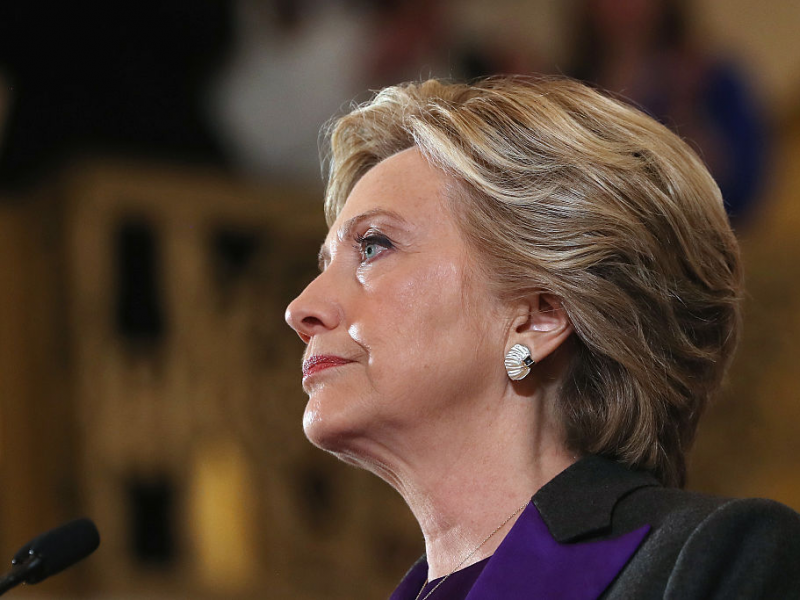 „I’m sending my prayers to the families and the community affected by last night’s horrific attack on a rabbi’s home in Monsey,“ Clinton wrote in a tweet. „We must all stand shoulder to shoulder to fight anti-Semitism and demand that our elected leaders do the same.“

Presidential candidate and senator Joe Biden said his „deepest sympathies are with the victims, their families, and the Jewish community.“ 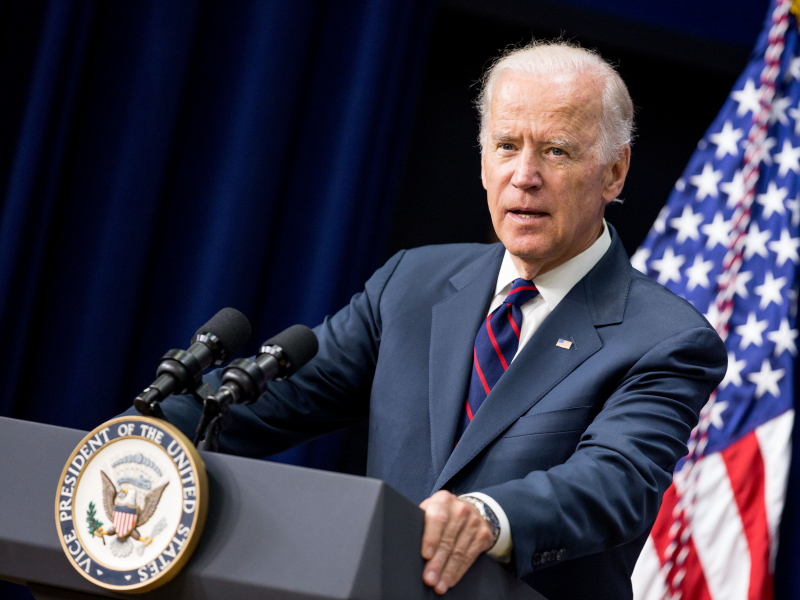 Biden reacted to the Monsey attacks in a tweet on Sunday, saying: „The horrifying rise of anti-Semitism is tearing apart the fabric of our communities and the soul of this nation. We’ve got to stand together as a country and fight these flames of hatred. My deepest sympathies are with the victims, their families, and the Jewish community.“

Presidential candidate Andrew Yang said that „we must do all we can to prevent, punish and investigate these crimes and protect all who gather and worship in peace.“ 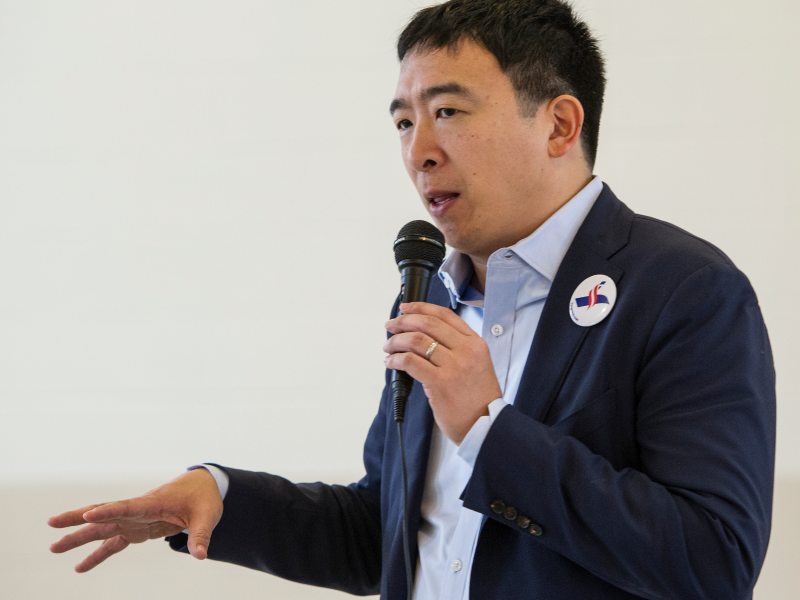 Yang wrote in a series of tweets on Sunday: „My heart goes out to the victims in Monsey and the entire Jewish community. Anti-Semitism is a horrifying scourge that has no place in America. We must do all we can to prevent, punish and investigate these crimes and protect all who gather and worship in peace. We must do more.“

„I have many Jewish friends and I can’t imagine how it must feel to have one’s community targeted in such a despicable fashion. It turns a time of celebration to one of fear and mourning.“

Presidential candidate and Minnesota Senator Amy Klobuchar wrote that hate crimes „do not belong in America and must stop.“

„As I said during my Dover town hall, this was a horrific act of anti-Semitic violence during a Hanukkah celebration in Monsey, New York last night. We must combat hate crimes in every form at every turn. They do not belong in America and must stop,“ Klobuchar wrote on Twitter.

Bernie Sanders wrote that he’s „outraged“ by the stabbing. 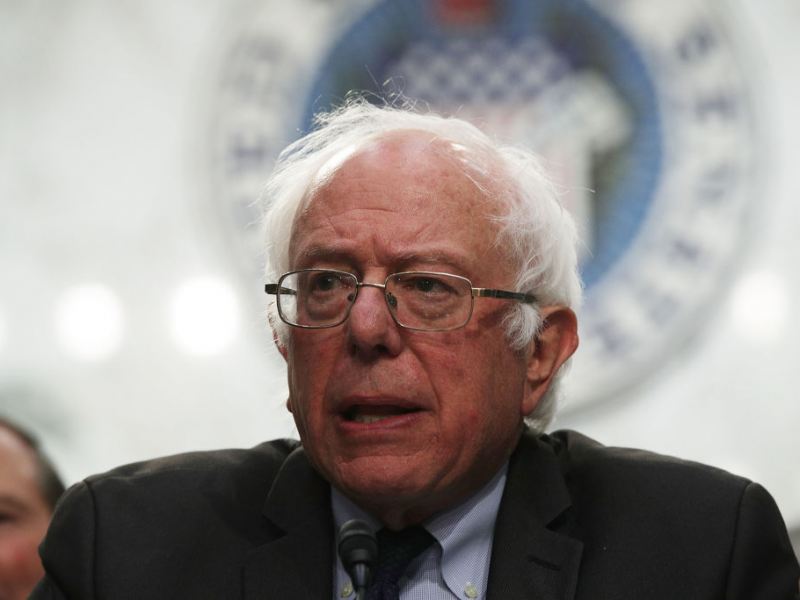 „I’m outraged by the knife attack in Monsey. We must confront this surge of anti-Semitic violence, prioritize the fight against bigotry, and bring people together – instead of dividing people up,“ the senator and presidential candidate wrote on Sunday in a tweet.

Presidential candidate Pete Buttigieg offered words of support to the Jewish community: „On the morning of the last night of Hanukkah, let us all rededicate ourselves to ensuring that light beats back darkness.“ 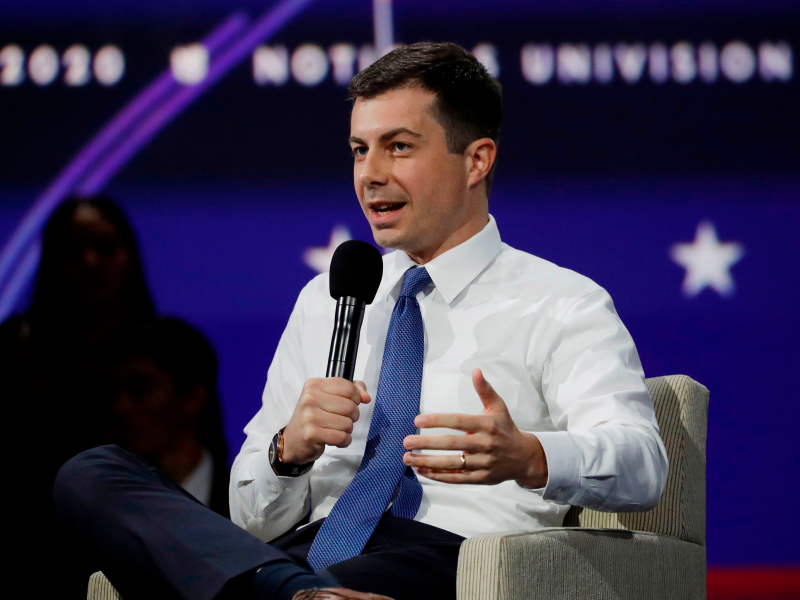 „My prayers are with the victims of these horrific acts of anti-Semitism and hate. This cannot be tolerated. On the morning of the last night of Hanukkah, let us all rededicate ourselves to ensuring that light beats back darkness. Never again,“ Buttigieg wrote on Twitter on Sunday.

New York Senator and former presidential candidate Kirsten Gillibrand spoke up about the rise in recent anti-Semitic incidents, saying: „This hasn’t been an isolated incident.“ 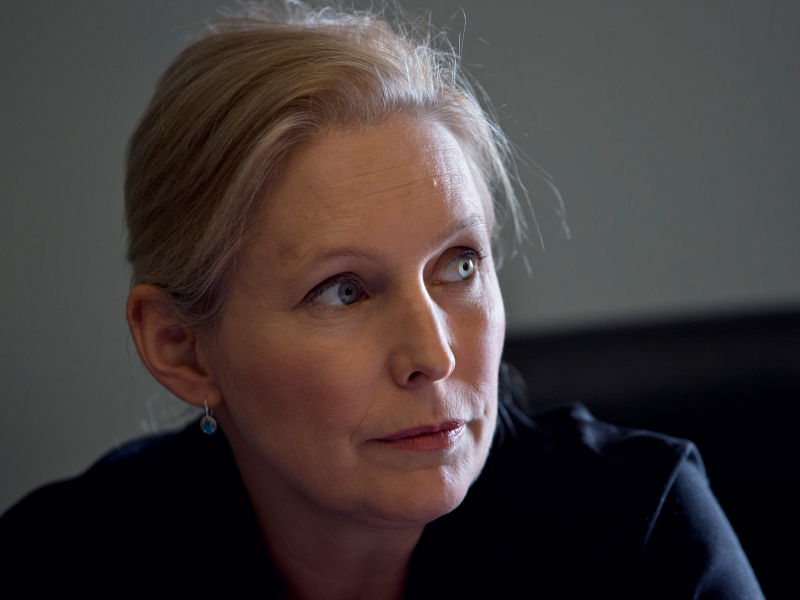 „Nothing could be more evil than an attack on worshipers celebrating their traditions, culture and values-and disturbingly, this hasn’t been an isolated incident. My heart breaks for the victims in Monsey, NY. I’m praying for them and their loved ones,“ Gillibrand wrote on Twitter on Sunday.

Actress Mayim Bialik shared an emotional Instagram post about the Monsey attack, writing: „Tonight is the last night of Chanukah. A lot of light. A lot of potential. And always room for miracles.“ 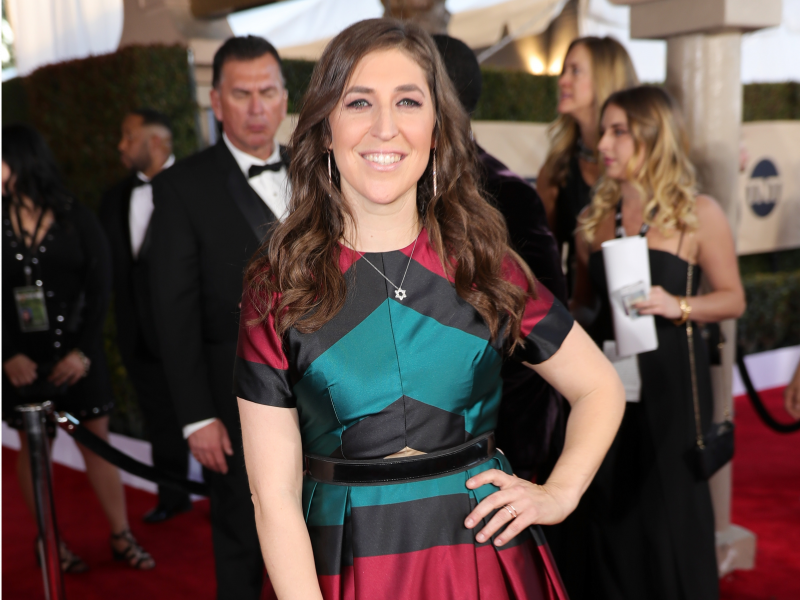 Bialik wrote an Instagram post reflecting on the attack, saying: „This is not the first time the Jews of Monsey have been in the news because of anti-Semitic attacks against them. But the attack last night – as the Chanukiah was lit – feels particularly terrifying and chilling especially in the context of the recent attacks against Jews all over the world. I’ve been to Monsey.“

She continued: „I’ve spent Shabbat there. I’m not really sure what’s happening. I mean I am. And I’m not. I don’t really know what to say right now. Tonight is the last night of Chanukah. A lot of light. A lot of potential. And always room for miracles.“ 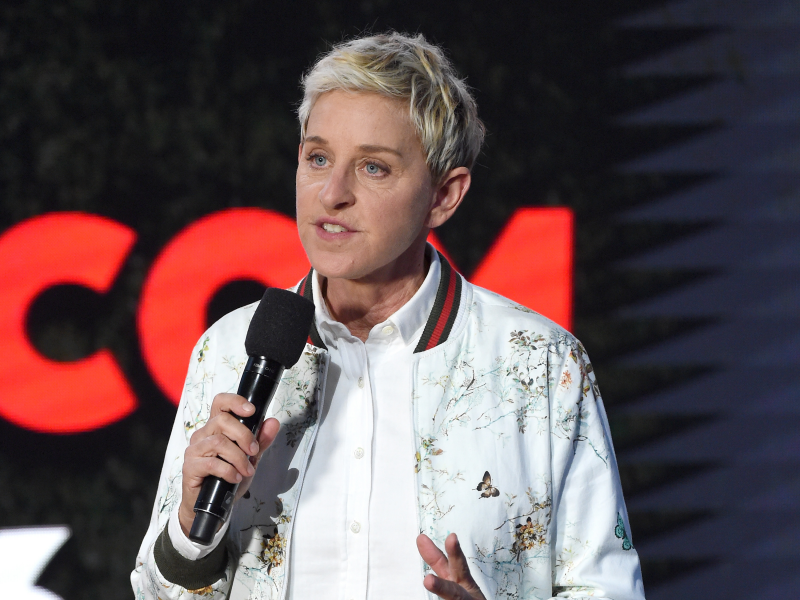 „Today my heart goes out to the Jewish community of Monsey, New York,“ the talk show host tweeted on Sunday.

Ivanka Trump offered words of comfort, writing on Twitter: „As we pray for the victims, may the candles of Chanukah burn bright through this darkness.“ 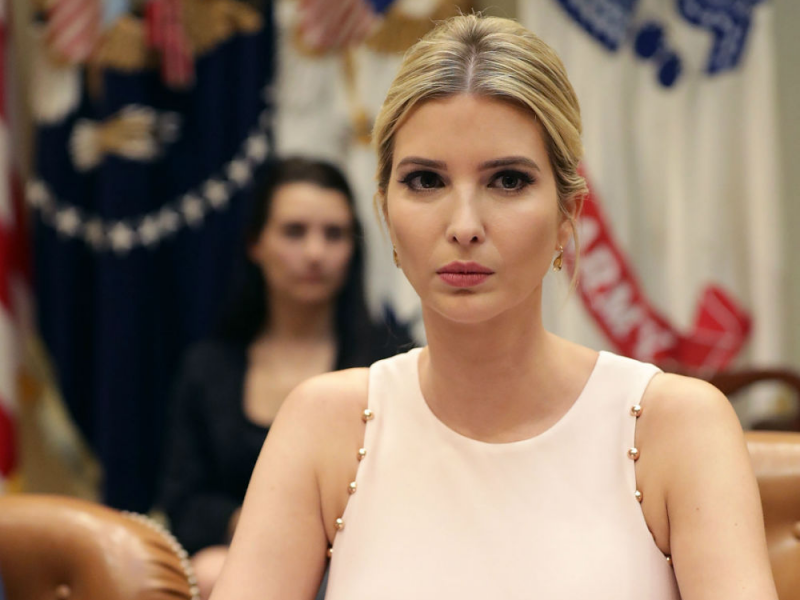 „The vicious attack of a rabbi in Monsey, NY last night was an act of pure evil. As we pray for the victims, may the candles of Chanukah burn bright through this darkness,“ Trump said on Twitter.

„Attacks on Jewish New Yorkers were reported almost every single day this past week. The increasing frequency of anti-Semitic violence in New York (and around the country) receives far too little local governmental action and national press attention,“ she wrote in a series of tweets on Sunday.