Meet the average American millennial, who has an $8,000 net worth

There’s no way around it: The average American millennial is financially behind.

Faced with a high cost of living, staggering student-loan debt, and the fallout of the Great Recession, American millennials are trying to make ends meet in the midst of The Great American Affordability Crisis.

However, the generation overall is plagued by financial problems that baby boomers didn’t have to face at their age. From saving to spending and financial behaviors in between, here’s what life is like as the average American millennial. 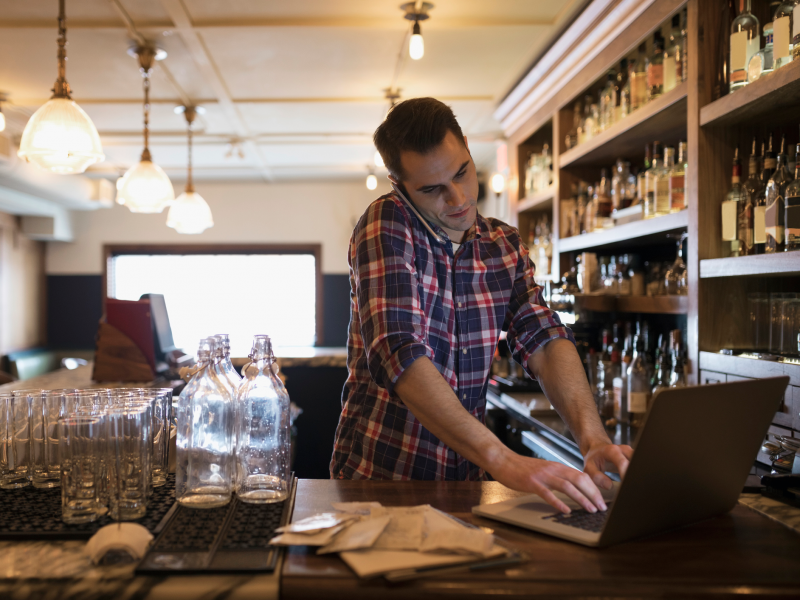 Adjusted for inflation, the annual salary of a millennial today is an estimated 20% lower than the average salary for a baby boomer at the same age, according to a SmartAsset study that analyzed data from the Bureau of Labor Statistics for millennials who were ages 16 to 34 in 2015.

But in today’s high cost of living, salaries are no longer what they once were. While millennials have benefited from a 67% rise in wages since 1970, according to research by Student Loan Hero, this increase hasn’t kept up with inflating living costs: Rent, home prices, and college tuition have all increased faster than incomes in the US.

American millennials have an average net worth of less than $8,000, meaning they’re financially worse off than any other generation before them. 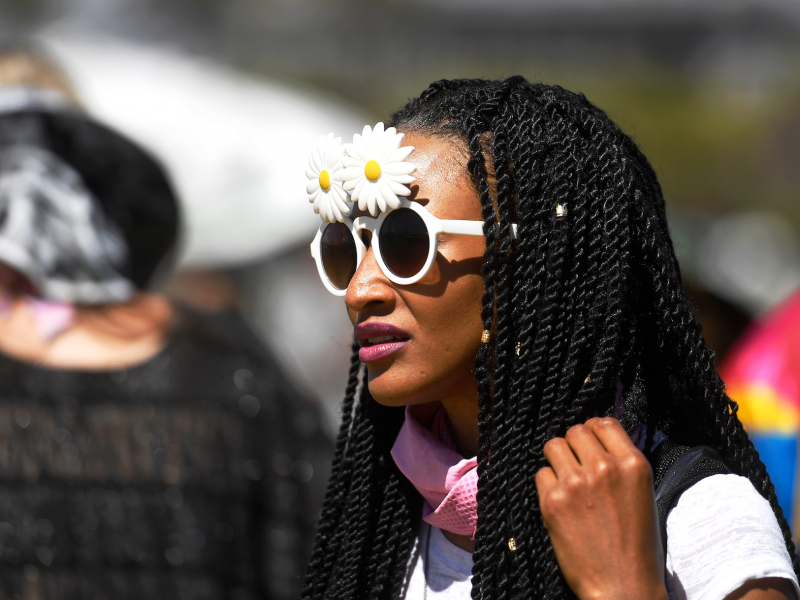 The net worth of Americans ages 18 to 35 has decreased by 34% since 1996, according to a Deloitte study reported by Abha Bhattarai of The Washington Post. This makes them „dramatically financially worse off“ than older generations, Business Insider’s Kate Taylor reported.

These findings underscore previous research indicating that millennials are financially behind.

And millennials are less wealthy than previous generations were at their age at any point between 1989 and 2007, according to The Economist, which cited a recent paper by the Brookings Institution. Median household wealth was roughly 25% lower for those ages 20 to 35 in 2016 than it was for the same age group in 2007.

And the typical millennial has less than $5,000 in their savings account. 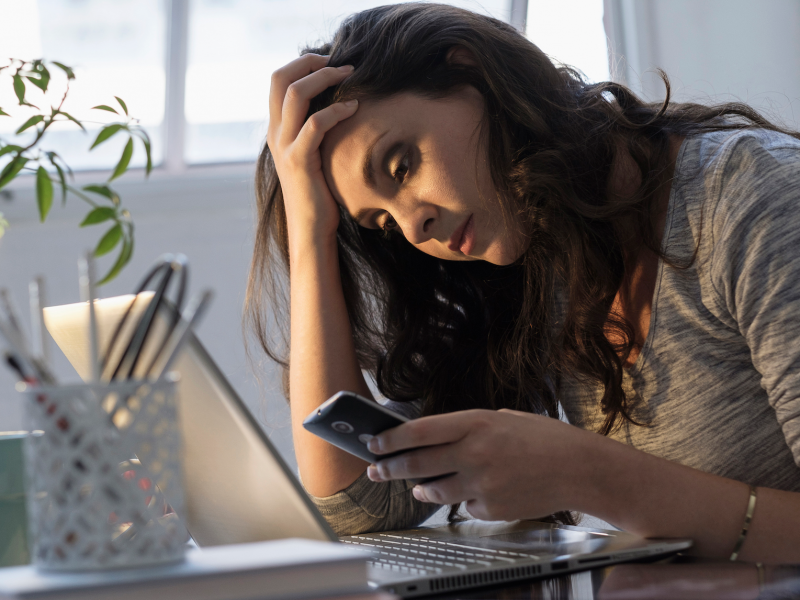 While 70% of millennials have a savings account, 58% have a balance under $5,000, according to the INSIDER and Morning Consult survey.

Despite being financially behind, the typical millennial has a practical approach to money, saving for emergencies and contributing to a retirement account. 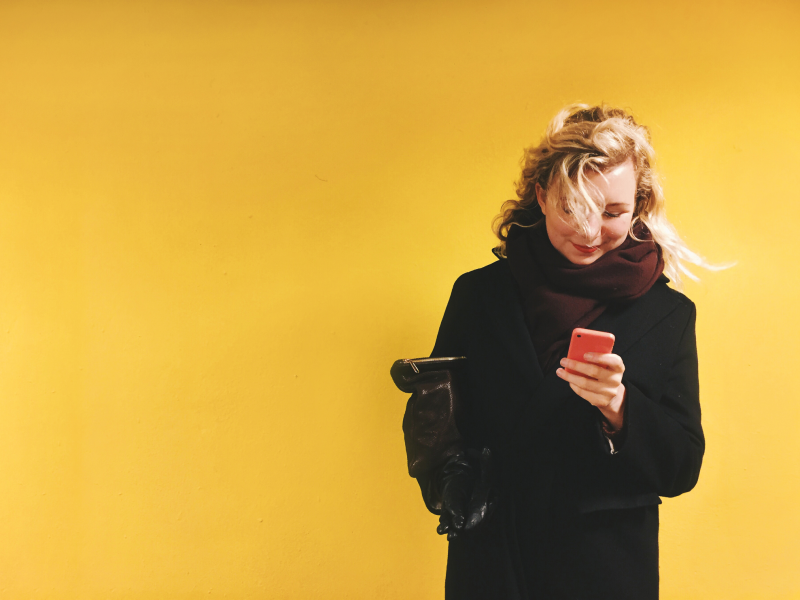 While economic conditions have left millennials financially behind, they’re working hard to catch up.

Millennials are more aware of the risk of a bad economy and are being more practical when it comes to money, from saving for emergencies to contributing to a retirement account, Jason Dorsey, a consultant, researcher of millennials, and president of the Center for Generational Kinetics, previously told Business Insider.

Millennials even report being more dedicated to saving than older generations. Northwestern Mutual’s Planning & Progress Study 2018 found that they were more likely than other generations to say they’re „highly disciplined“ or „disciplined“ financial planners.

But the typical American millennial is also carrying a crippling amount of student loan debt. 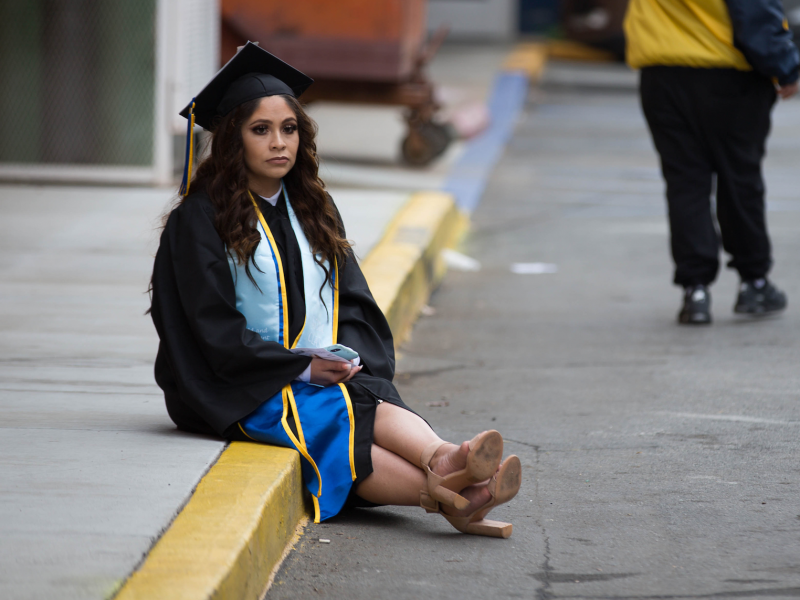 Student-loan debt has reached record levels because of the cost of college, which has more than doubled since the 1980s. As of 2019, student-loan debt reached a national total of $1.5 trillion, according to Student Loan Hero. Millennials in the graduating class of 2018 have an average student-loan debt of $29,800.

The weight of this debt is hindering millennials‘ ability to save. More than half of indebted millennial respondents in an INSIDER and Morning Consult survey said attending college wasn’t worth the student loans.

Read more: An astounding number of bankruptcies are being driven by student loan debt

It may come as little surprise, then, that the typical millennial defines financial success as being debt-free. 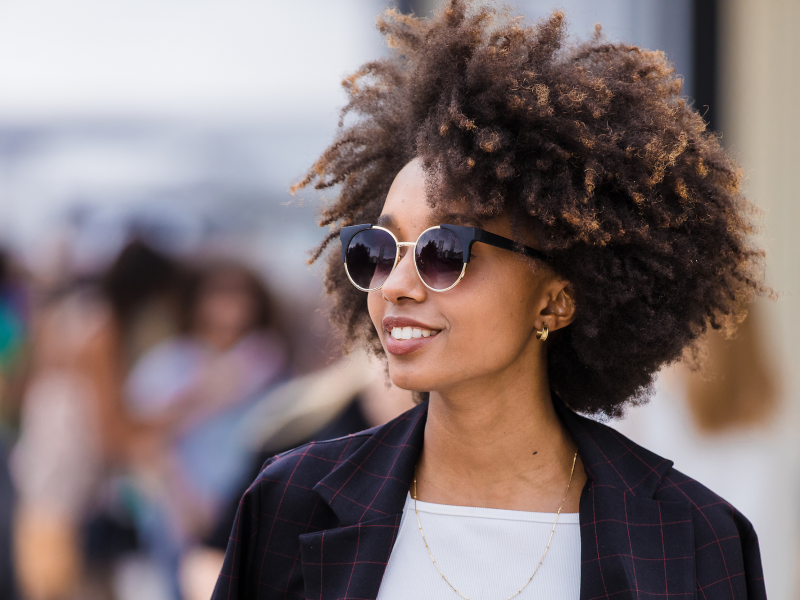 According to a recent Merrill Lynch Wealth Management report, only 19% of millennials and Gen Zers define financial success as being rich – 60% define it as being debt-free.

„Freedom from debt seems a low bar of accomplishment, yet it’s an elusive goal for many early adults,“ the report said.

According to the report, 81% of early-adult households carry a collective debt of nearly $2 trillion. The debt includes car loans and mortgages but is mainly made up of student-loan debt and credit-card debt. Those who carry the latter have an average balance of $3,700, and more than half said they’re struggling to pay it off.

The typical millennial still receives financial assistance from a parent. 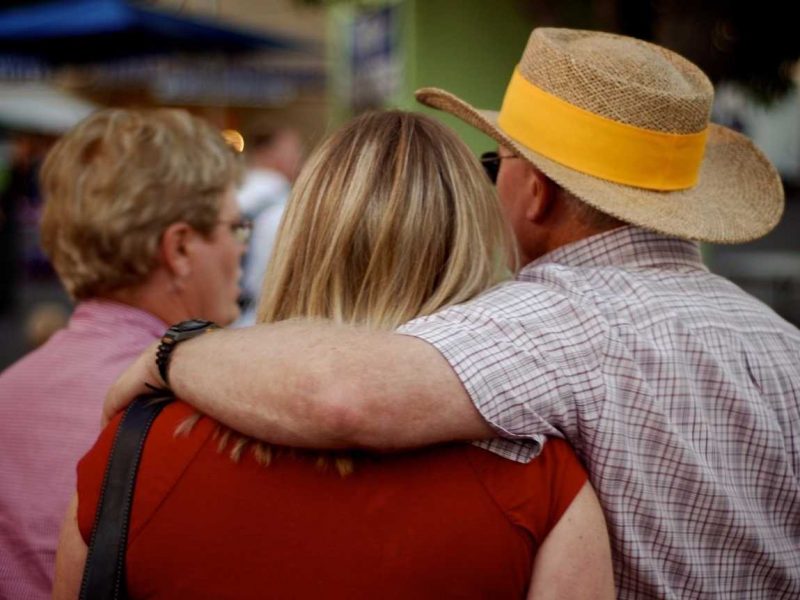 More than half of Americans (53%) aged 21 to 37 have received financial assistance from a parent, guardian, or family member since turning 21, according to the 2018 Country Financial Security Index.

About 37% of millennials receive money on a monthly basis, and more than half (59%) receive money several times a year. Many are putting this money towards basic needs, both small and significant, like cell phone bills, groceries and gas, health insurance, and rent.

When it comes to life milestones, millennials are doing things differently than previous generations. For one thing, millennials are renting longer and buying later, delaying homeownership. 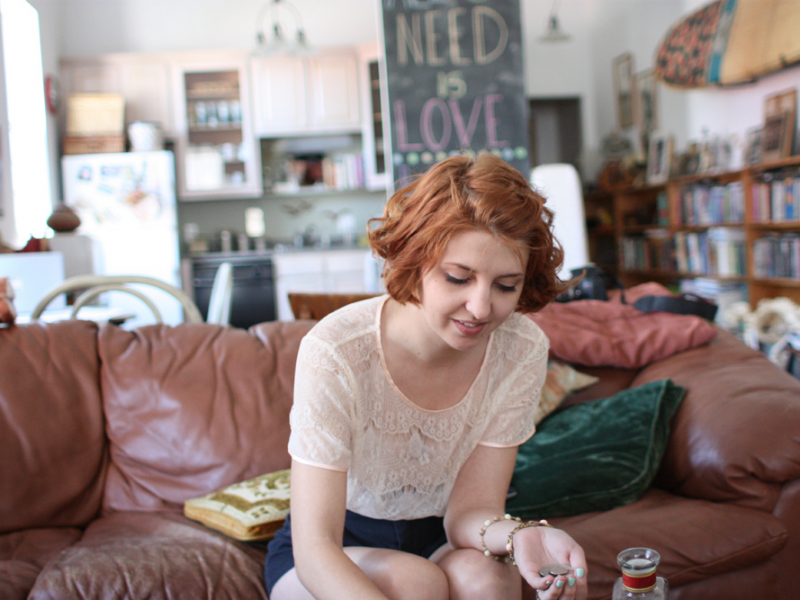 Millennial homeownership was at a record low in 2017, Business Insider’s Akin Oyedele reported.

Homes are 39% more expensive than they were nearly 40 years ago, according to Student Loan Hero. It would take the median earner in the 25 largest US cities between four and 10 years to save enough cash for a 20% down payment on a median-priced home, a recent SmartAsset study found. And that’s assuming they’re saving 20% of their annual income for the down payment.

The typical millennial is getting married later. 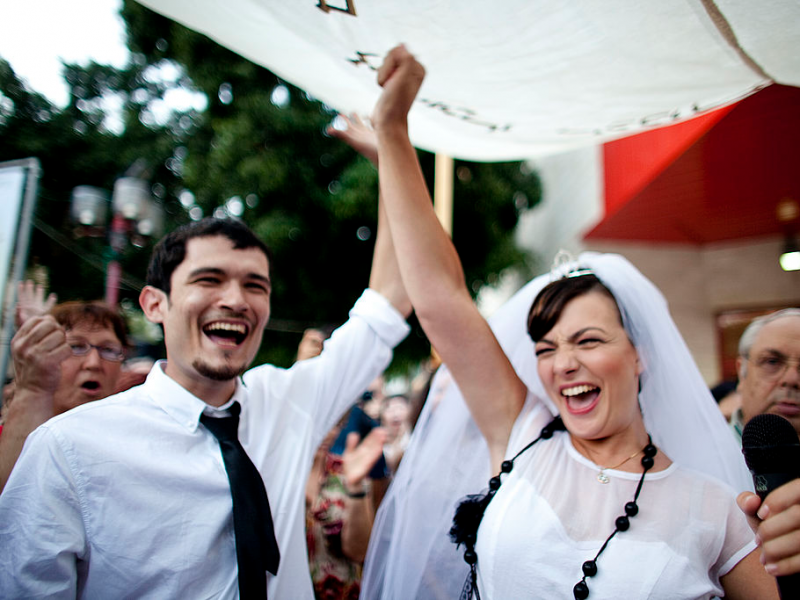 Taking more time to find the right partner and prioritize financial success is causing many millennials to marry later in life than previous generations did.

And those who have found the right partner are waiting longer in their relationships to get married – 4.9 years on average, INSIDER’s Kristin Salaky reported, citing a 2017 study from Bridebook, a UK wedding company.

And the typical millennial is also having kids later in life. 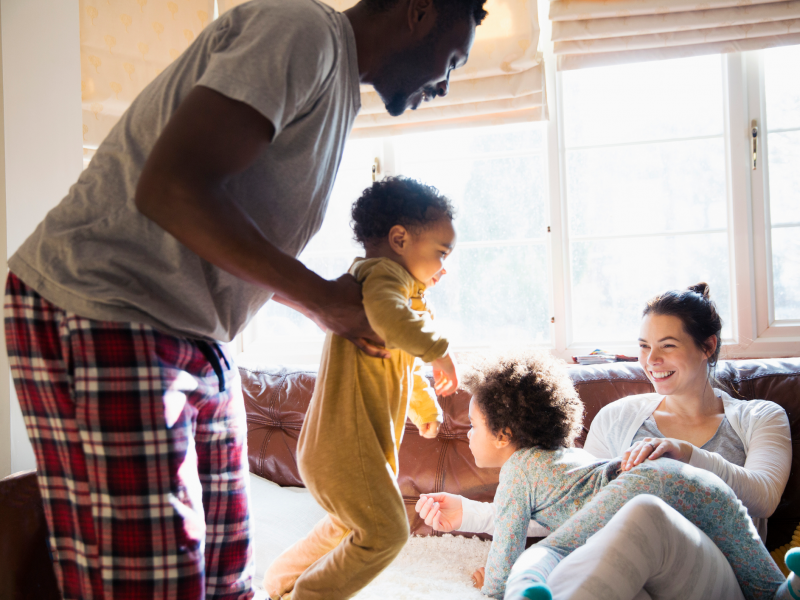 A delay in marriage leads to a delay in having kids. The US birthrate is at its lowest in 32 years, Bill Chappell for NPR reported, citing a new report from the Centers for Disease Control and Prevention. More 30-something women are having babies than women in their 20s for the first time ever – a difference that grew in 2018, according to the CDC report.

Parents responded to the report, citing the expense of kids as a key reason for the delay.

It costs more than ever to raise a child in the US. Finances are one of the top reasons why American millennials aren’t having kids or are having fewer kids than they considered ideal, Business Insider’s Shana Lebowitz reported, citing a survey by The New York Times.

The survey polled 1,858 men and women ages 20 to 45 – 64% said childcare is too expensive, 44% said they can’t afford to have more children, and 43% said they waited to have kids because of financial instability. (Multiple answers were allowed).

Despite all this talk about money, the typical millennial doesn’t associate being wealthy with a dollar amount. 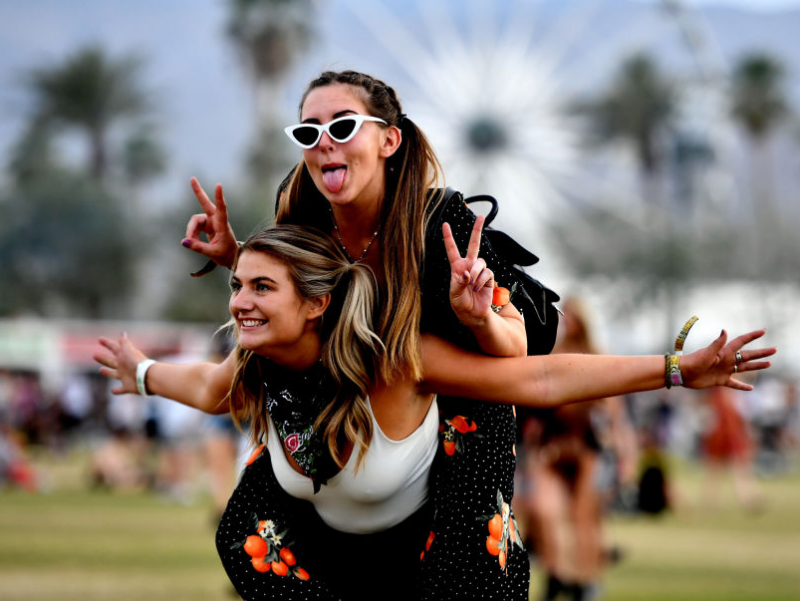 Millennials define wealth as an average personal net worth of $1.9 million, according to Charles Schwab’s 2019 Modern Wealth Survey, which polled 1,000 Americans about money.

This nearly $2 million target number is roughly 20 times the median net worth of US households – $97,300, according to the Federal Reserve. However, it’s also lower than what most Americans (ages 21 to 75) believe it takes to be truly wealthy, according to the survey – $2.3 million.

But most millennials say they don’t define wealth primarily as a number: More than three-quarters of millennial respondents said feeling wealthy isn’t about the dollar amount but about how they live their lives.

And when it comes to spending, millennials prefer to spend on experiences over things. 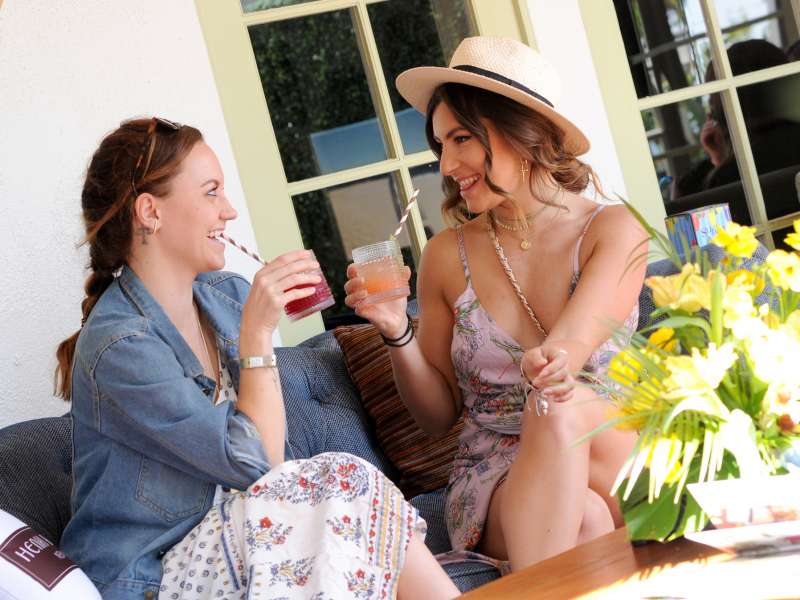 Since millennials care more about a rich life than a rich bank account, it’s no surprise they love the experience economy.

A survey from Eventbrite, a „marketplace for live event experiences,“ found that 78% of millennials respondents would rather spend money on an experience than a thing, and 77% said their best memories come from experiences, Business Insider’s Libby Kane reported.

Many millennials have a „treat yourself“ mentality, according to Fidelity Investments‘ 2018 Millennial Money Study. In the survey, millennials were asked how often they „treat“ themselves (defined as a purchase made to bring joy); 86% said they treat themselves at least once a month, setting them back $110 a month on average.