Basketball icon Kobe Bryant, 41, was killed in a crash of his private helicopter on Sunday in Calabasas, California.

The Los Angeles County Sheriff said that eight other people on the helicopter, including his 13-year-old daughter, Gianna „Gigi“ Bryant, were killed when the Sikorsky S-76 helicopter crashed.

Thousands of fans gathered at the crash site, at Bryant’s Mamba Academy in Thousand Oaks, and outside the Staples Center in Los Angeles, where Bryant became a legend playing for the Los Angeles Lakers.

Lakers fans gathered at the LA Live plaza outside the Staples Center in Los Angeles, where they learned that Bryant had died. 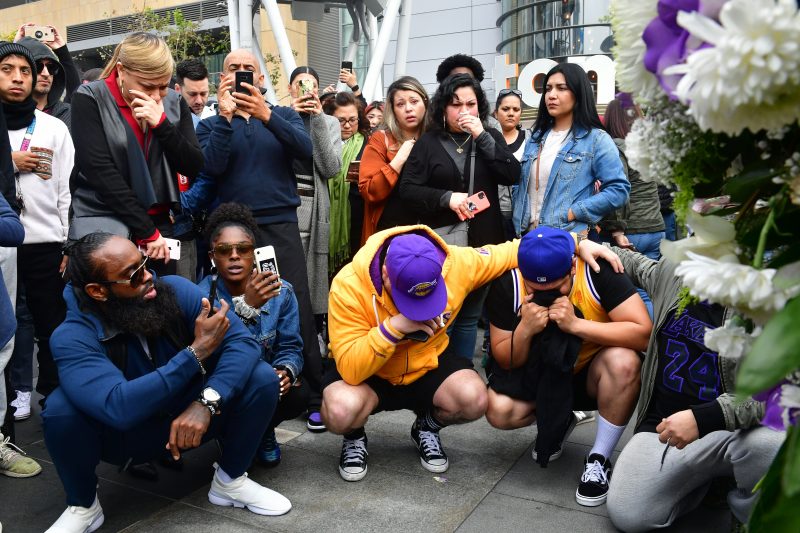 The Los Angeles Police Department said that fans would not be able to access the area due to the Grammy Awards, which were scheduled to take place in the Staples Center.

We’re aware of published reports regarding the helicopter crash in Calabasas today & we’re still in the process of confirming with @LASDHQ who was on board. As a reminder, the area around the Staples Center is closed due to the Grammys & fans will not be able to access the arena.

That did not seem to stop mourners from continuing to gather, though. 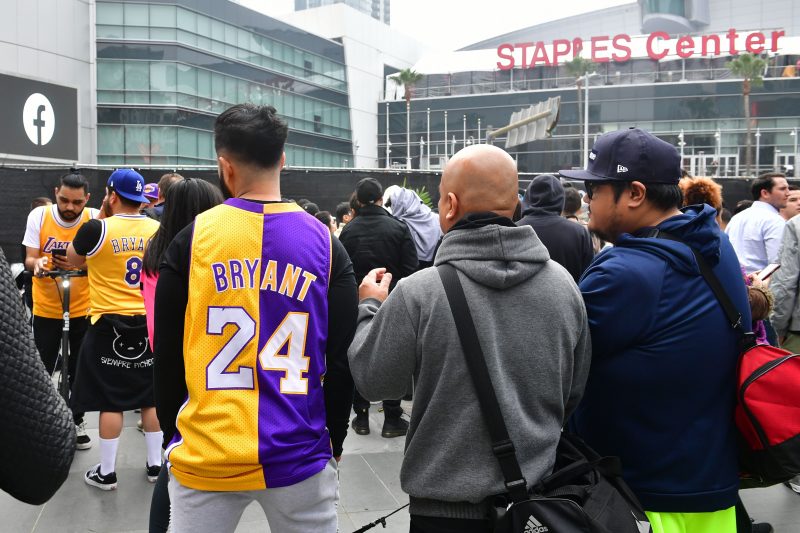 Screens outside the Staples Center displayed a memorial to Bryant throughout the day following the crash. 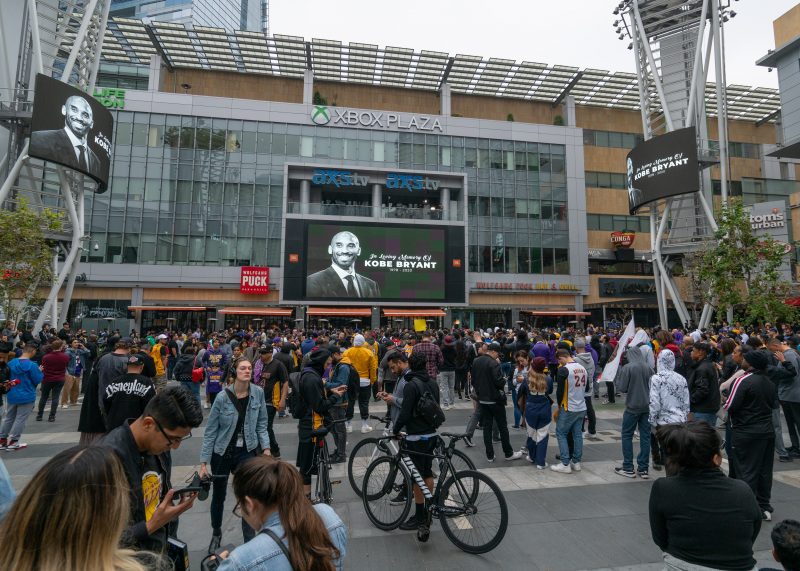 Fans left flowers, basketballs, and sneakers in memory of Bryant. 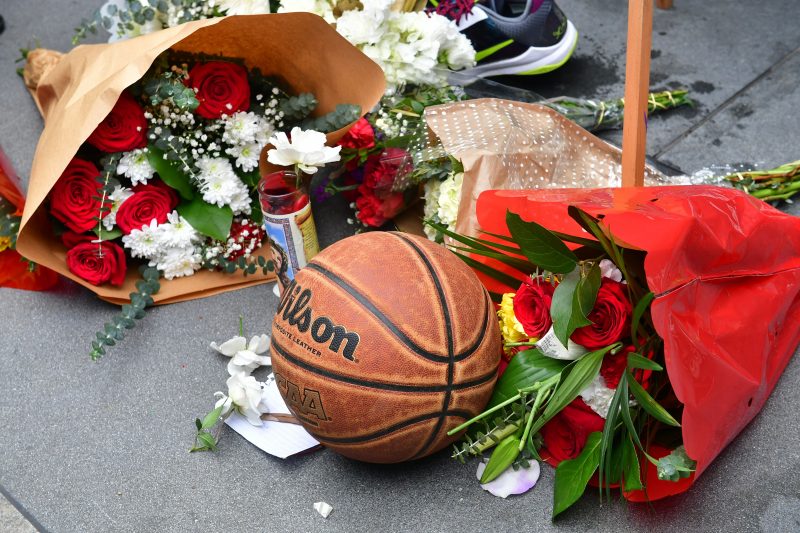 Others fans brought posters and photos … 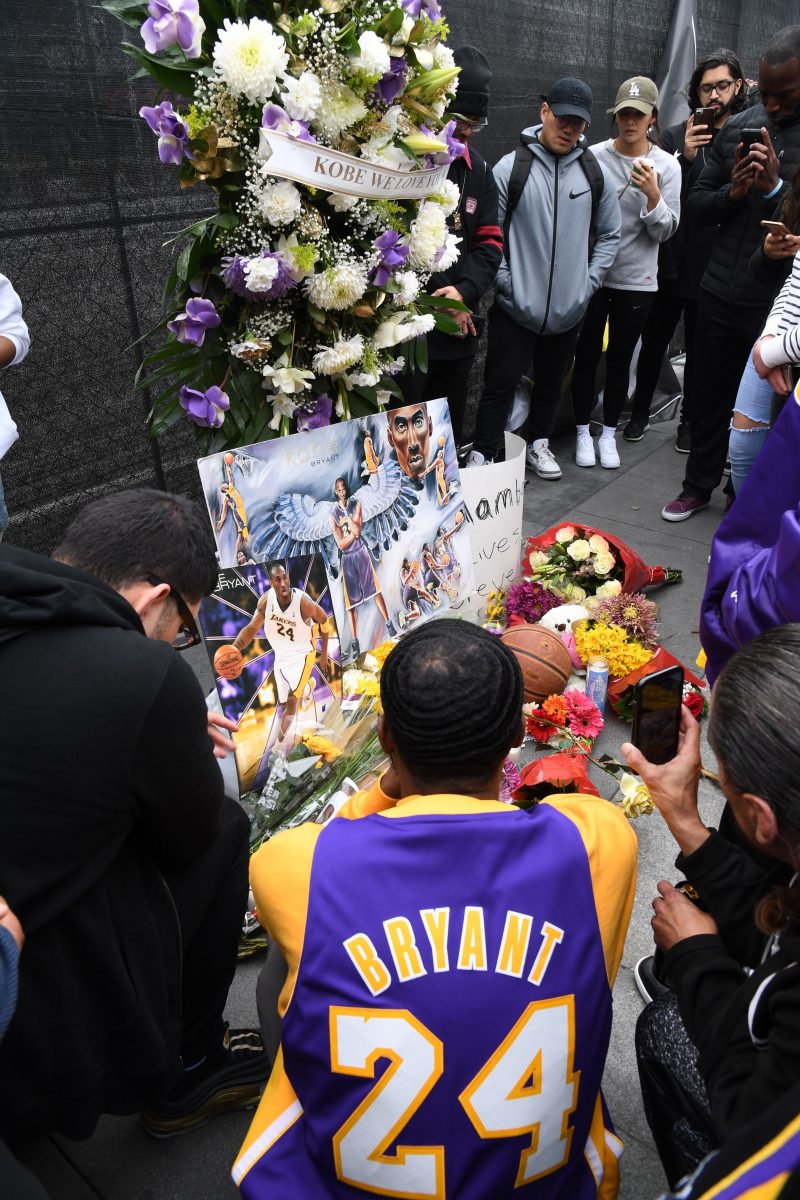 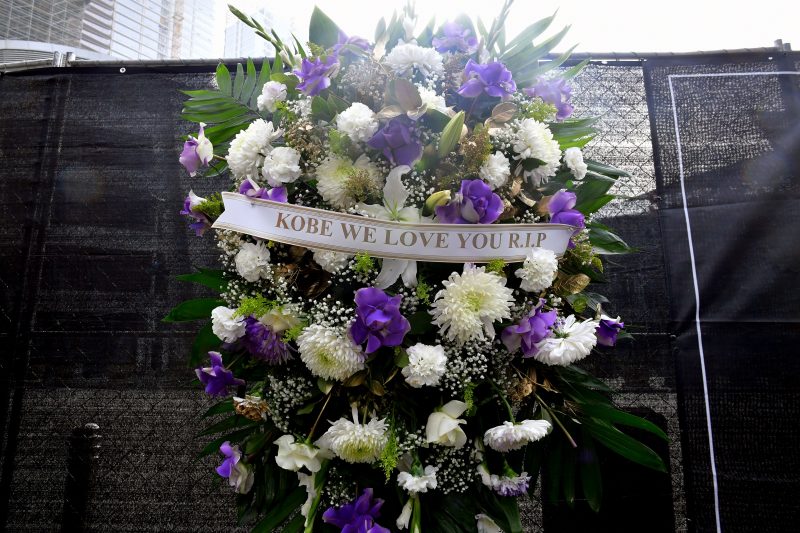 Many of the mourners wore their Kobe jerseys. 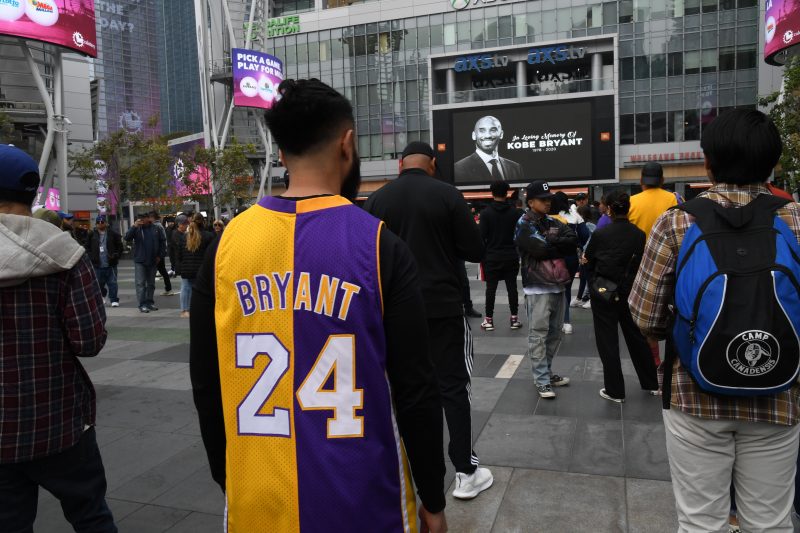 A lot of fans were left in tears. 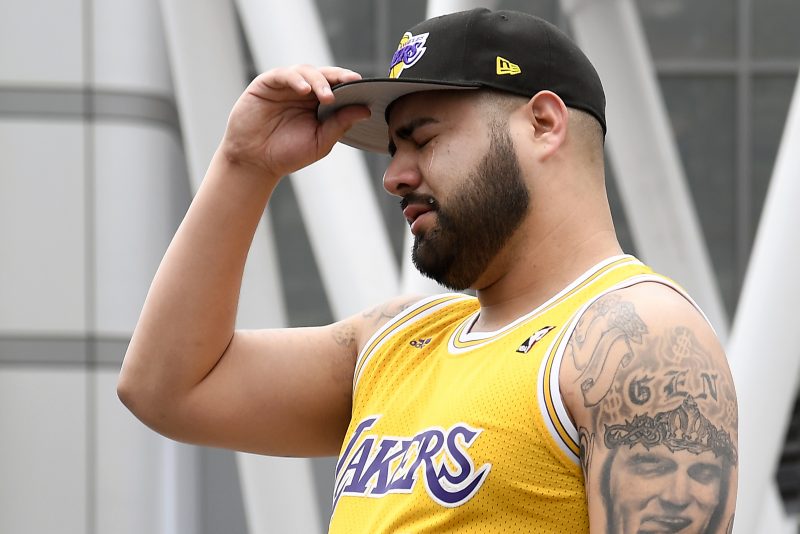 There were candles, jerseys, and even music as people mourned.

A second smaller makeshift memorial is forming while someone plays “I’ll Be Missing You” pic.twitter.com/LIbKRPtNXD 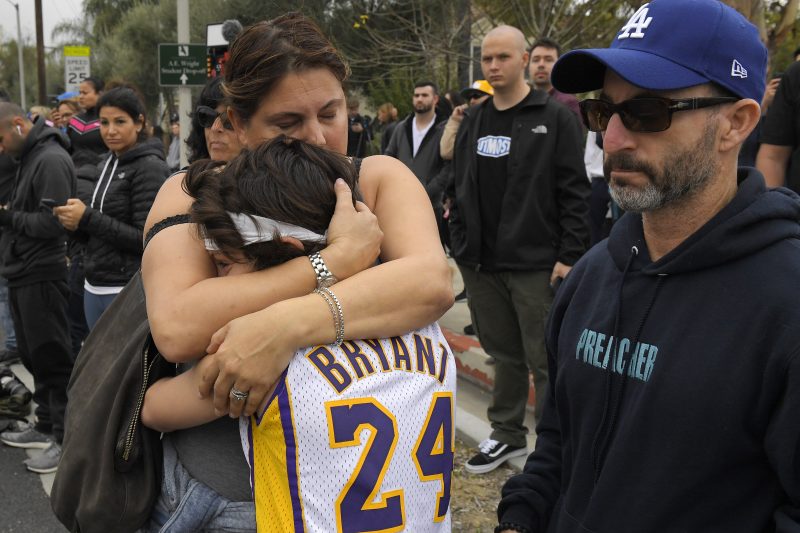 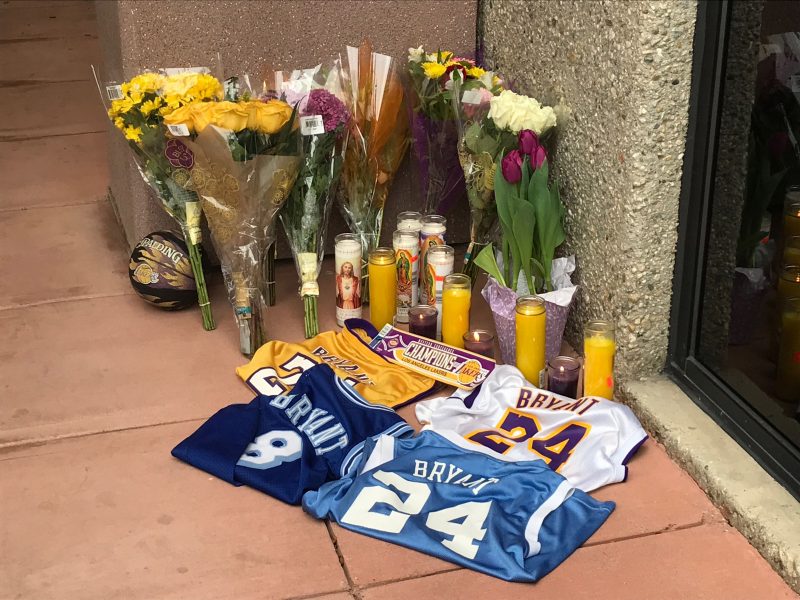 Outside of Los Angeles, the entire sports world was in mourning. New York City’s Madison Square Garden, where the New York Knicks were set to play the Brooklyn Nets, was lit in the Lakers colors in tribute. 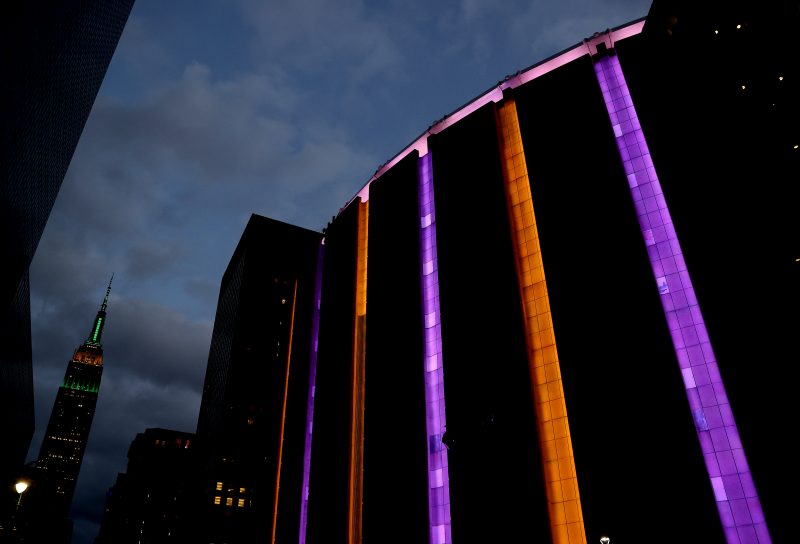