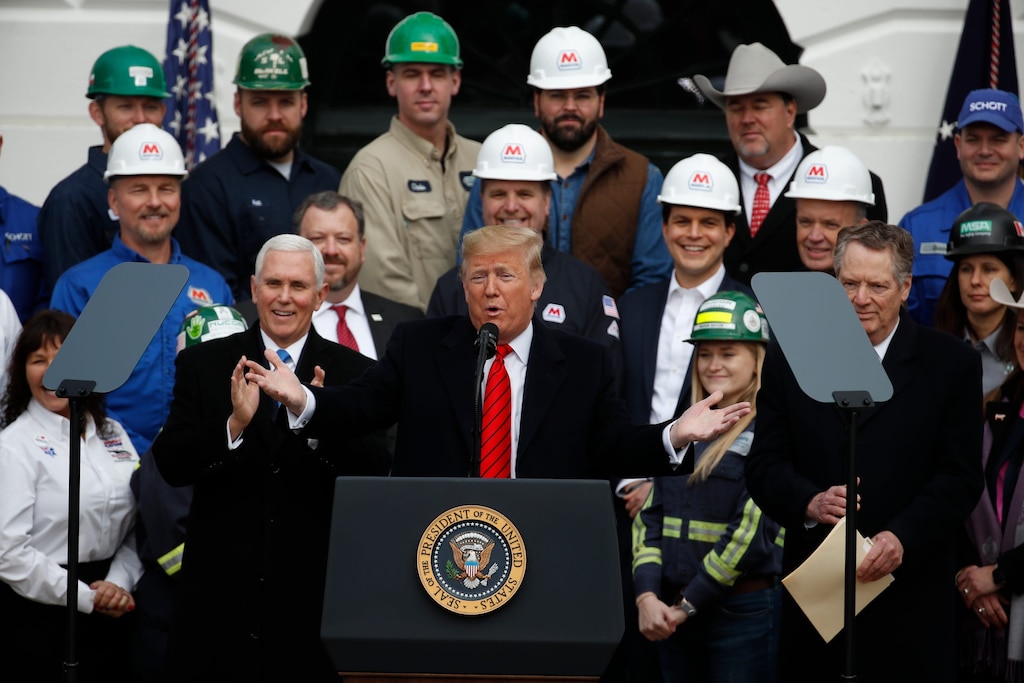 President Donald Trump signed a revised version of the 25-year-old North American Free Trade Agreement on Wednesday, fulfilling a central campaign promise as an impeachment trial against him unfolded in the Senate less than a year ahead of the November election.

Speaking at a White House ceremony on the South Lawn, Trump portrayed the replacement of what he has called “the worst trade deal ever made” as a major step in a broader attempt to rebalance global economic relationships. The signing of the United States-Mexico-Canada Agreement came weeks after the Trump administration finalized an interim truce in its nearly two-year tariff dispute with China.

“Today we’re finally ending the NAFTA nightmare,” Trump said. “This is something we really put our heart into. It’s probably the No. 1 reason that I decided to lead this crazy life that I’m leading right now, as opposed to that beautiful, simple life of luxury that I led before this happened.”

About 400 people, including Mexican and Canadian officials, Republican lawmakers, and business leaders, were expected to attend the ceremony.

Read more: Ken Korngiebel manages the best small-cap fund of the last 20 years, making his living in the riskiest part of the market. Here’s how he does it — and the 3 stocks he’ll never sell.

A representative for House Speaker Nancy Pelosi said Democrats who crafted key terms of the more than 2,000-page agreement were not invited, highlighting a divisive mood in Washington as Trump faces impeachment charges of abuse of power and obstruction of Congress. After months of negotiations between the White House and Democrats, the agreement received overwhelming bipartisan support in both the Senate and the House.

The agreement also requires automakers to produce a higher percentage of car parts in North America to avoid tariffs. It eliminates a provision of NAFTA that had allowed corporations to pursue legal action against foreign governments if terms were violated.

Trump said the agreement would boost growth in the US economy by 1.2%, a figure far above estimates from his own administration and elsewhere.

A recent study from the Washington-based Peterson Institute of International Economics predicted that USMCA would actually dampen growth in the US. A congressionally mandated International Trade Commission report reached a similar conclusion in April, saying that most of its benefits would come from reduced policy uncertainty.

The agreement still has to be ratified by Canada to be implemented, which could be an uphill battle. It has already been approved by the Mexican Parliament.