Meghan Markle and Prince Harry appear to already be working toward financial independence after announcing in January plans to step back from their royal duties and titles.

They reportedly fired their 15-person staff in the UK and are closing their Buckingham Palace office. Last week, they made an appearance at a JPMorgan event in Miami, a palace representative confirmed to Insider’s Darcy Schild. And Harry has also held talks with Goldman Sachs, reported the Mirror.

But it’s unclear whether they were paid. If the royal couple takes on any private, paid work before officially resigning from the royal family in the spring (when they would stop receiving public funds), it could jeopardize the terms of „Megxit.“

Most of the British monarchy’s wealth is derived from inherited lands and investments. British taxpayers also support the royal family through a „sovereign grant“ issued by the treasury.

That setup prohibits royal family members from earning income as professionals, according to the Duke and Duchess of Sussex’s website. By choosing financial independence, Meghan and Harry will no longer receive money through the sovereign grant and will be able to work professionally, once their resignation is final this spring.

Together, Meghan and Harry are worth $30 million. Meghan’s net worth is estimated to be about $5 million from her acting career, and Harry’s net worth is reportedly at least $25 million, comprised of an inheritance from Princess Diana and an annual allowance from Prince Charles. It’s unknown how much of this comes from the crown.

Here’s how much money they’d need to maintain their lavish lifestyle, based largely on the millions they’ve spent in the past year alone.

BABY: Meghan and Harry dropped hundreds of thousands on baby-related expenses, which could be telling if they have another baby. 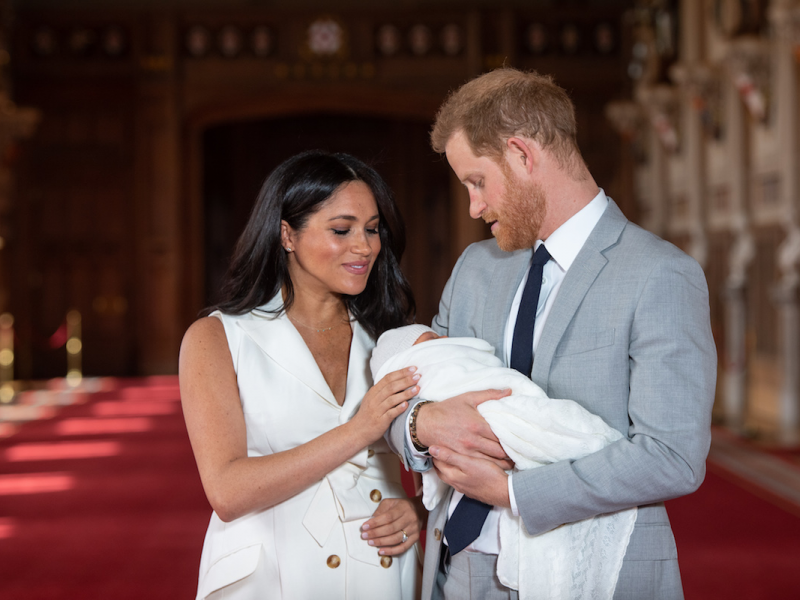 While interviewing Jane Goodall for the September 2019 issue of Vogue UK, Harry said that when it comes to having children, he wants „two, maximum.“

Meghan’s Manhattan baby shower was worth about $200,000, Katie Nicholl reported for Vanity Fair. Serena Williams hosted and paid for the shower, Nicholl wrote, but it stands to reason Meghan may want a similar-caliber shower in the future and might intend to foot the bill herself once she and Harry are „financially independent“ of the rest of the royal family.

The Duchess also spent about $11,000 on acupuncture and numerology in the months leading up to baby Archie’s birth, Jess Lester reported for The Sun.

The Duke and Duchess also went on a $43,000 babymoon at Heckfield Place, Lester added.

That’s not to mention the costs of education, food, and clothing once the baby is born – as well the cost of as a nanny. Meghan and Harry have reportedly gone through three nannies since Archie was born. Graduates from the famous Norland College, which teaches aspiring nannies, can earn between $36,000 and $59,000 in London. It’s likely that a nanny for members of the royal family would earn more. 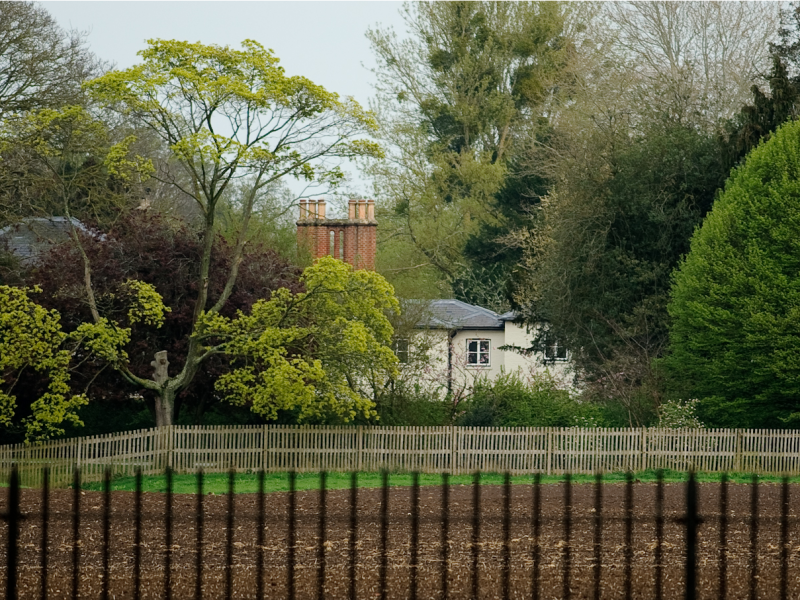 Meghan and Harry spent up to $3.8 million in 2019 renovating their home, Frogmore Cottage, Valentine Low reported for The Times. That includes $60,000 to include a green-energy unit and add fireplaces, staircases, and a floating floor.

According to the duke and duchess‘ official website, Frogmore Cottage was already undergoing mandatory renovations before they moved in – and they cost half of the $5.2 million in renovations necessary for them to live at Kensington Palace, which wouldn’t have been available for them to move into until late 2020.

That’s more than the $1.9 million the Duke and Duchess of Cambridge spent renovating Anmer Hall in Norfolk, Low wrote.

The couple spent an estimated $65,000 renovating the nursery, Lester reported.

Part of Buckingham Palace’s January 18 statement noted that Meghan and Harry „have shared their wish to repay Sovereign Grant expenditure for the refurbishment of Frogmore Cottage.“

CLOTHING: While Meghan mixes high-end and low-end pieces, she reportedly spent more on her wardrobe than other royals in the past year. 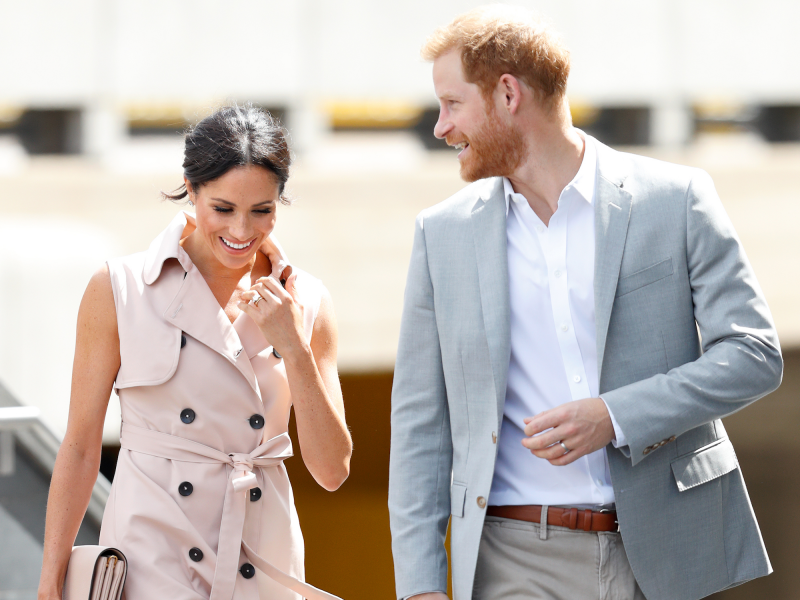 Meghan is a style icon – her clothes often sell out as soon as she wears them. It’s known as „the Meghan Markle effect,“ Leah Bourne wrote for Glamour.

But according to several estimations, she spent more on clothing than other royals in the past year – Kate Middleton, for example, reportedly spent $85,000 on clothing. Meghan, meanwhile, is said to have spent up to $500,000 on maternity clothes during her pregnancy. 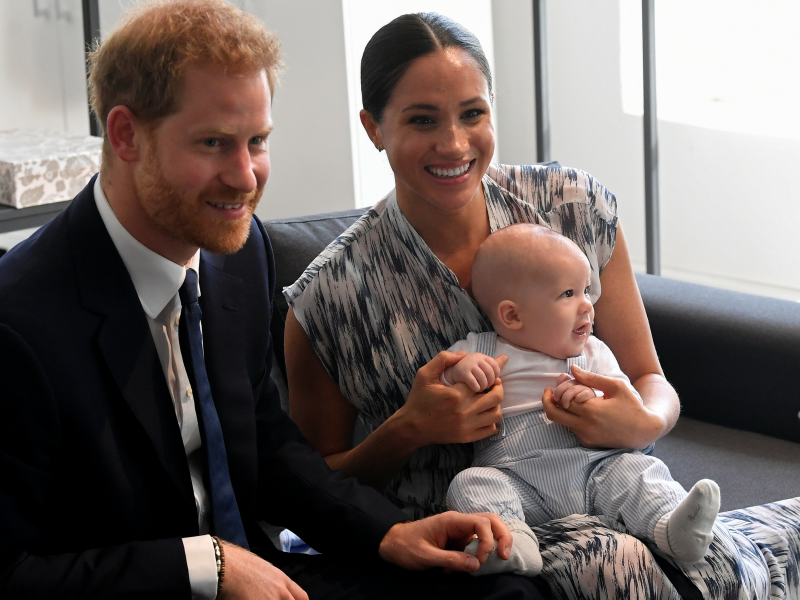 Instead of spending Christmas at the Queen’s Sandringham estate, Meghan and Harry took a six-week vacation in the US and Canada with Archie.

According to the Mirror, they stayed in a $13.3 million waterfront mansion on Vancouver Island spanning over 10,000 square feet, with several bedrooms and bathrooms and a kitchen with a pizza oven.

In the past, they’ve traveled to Botswana, Jamaica, and Norway. In Norway, they reportedly stayed at the remote Tromvik Lodge, which is available to rent on Airbnb for $408 a night.

FOOD: Meghan is known to enjoy healthy food and $100 wines. 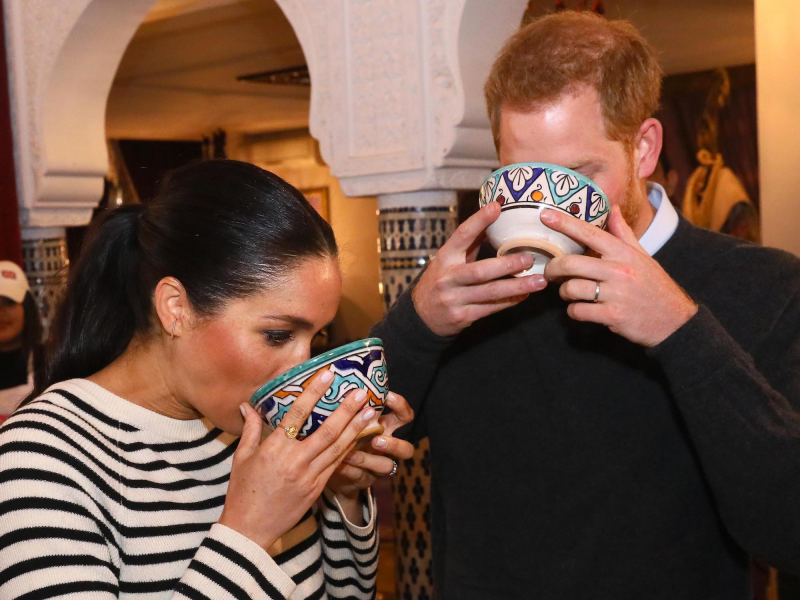 There aren’t any reports on how much Meghan and Harry spend on food, but Meghan is said to eat pretty healthy. Her go-to breakfast is an acai bowl, she loves green juice and veggie quinoa, and she snacks on carrots and hummus, Mikhaila Friel reported for Insider.

Meghan’s favorite wine, according to Friel, is Tignanello, which can cost as much as $130 a bottle.

„Whether we’re eating lamb tagine, pot roast, or a hearty soup, the idea of gathering for a hearty meal with friends and family on a Sunday makes me feel comforted,“ she told the „Today“ show in 2012. „I enjoy making slow-cooked food on Sundays, like Filipino-style chicken adobo.“

This hasn’t changed since becoming a member of the royal family. A friend of hers told People magazine in 2019 that Meghan cooks for herself and Harry every day.

CHARITY: Meghan and Harry have been heavily involved in charity work. 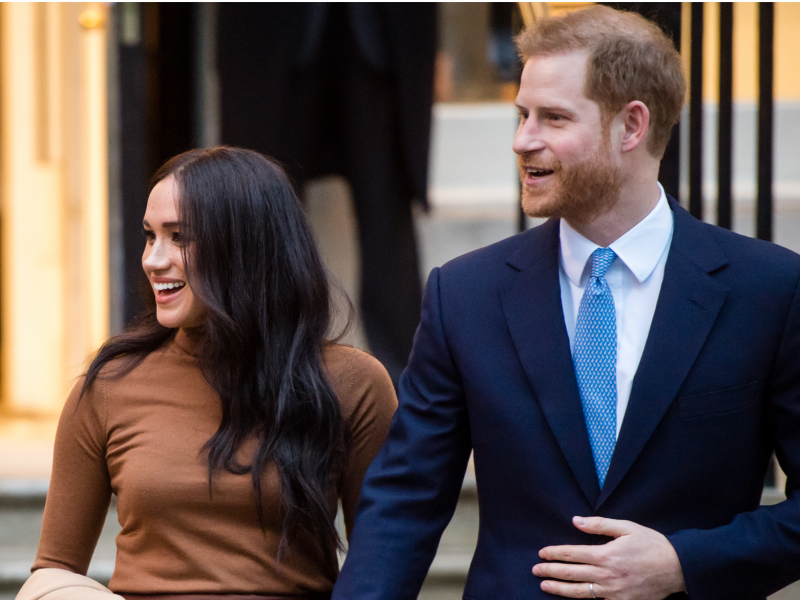 Last year, the Duke and Duchess of Sussex announced they would leave the Royal Foundation to start their own charity, Sussex Royal, in 2020.

In August 2019, they promoted the work of smaller or lesser-known charities, which they dubbed Force for Change charities, on their Instagram page.

But in addition to inspiring others to donate, they make donations themselves. In September 2019, Meghan and Harry donated $5,000 toward building a swimming pool in Guinjata Bay, Mozambique, to teach locals how to swim, Omid Scobie reported for Harper’s Bazaar.