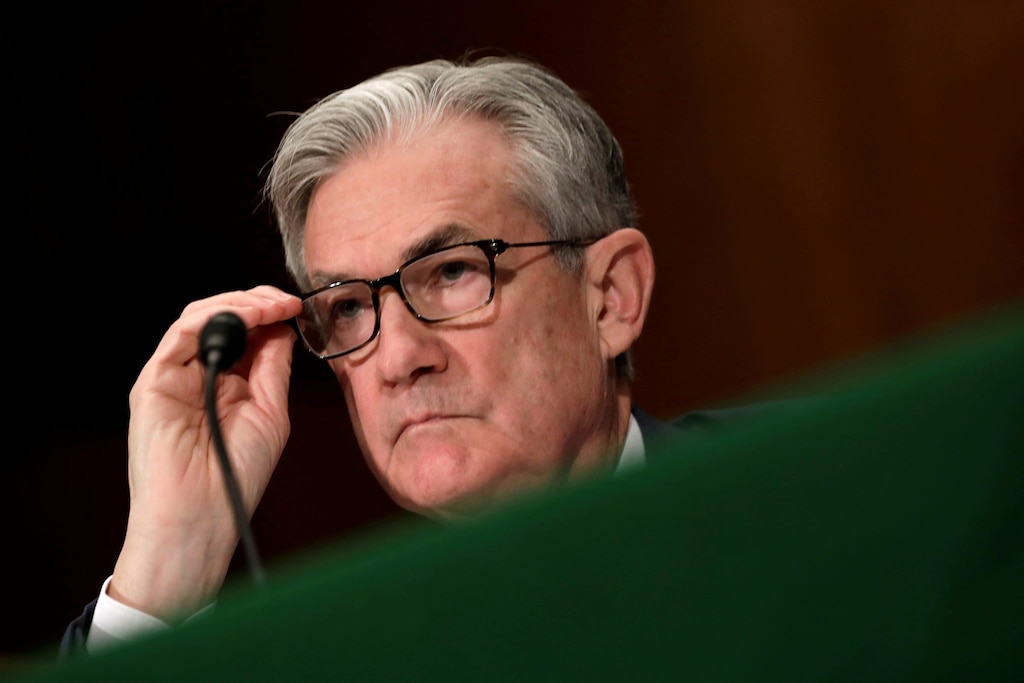 Global stocks climbed on Monday as investors brushed off Federal Reserve Chair Jerome Powell’s warning that the coronavirus downturn may linger until late 2021.

In a “60 Minutes” interview on Sunday, Powell said that Americans should prepare for a prolonged US recovery as it would “take a while for us to get back.” However, he remained optimistic about an economic rebound if there isn’t a second wave of infections.

Powell acknowledged that the unemployment rate could soar as high as 25%, but expressed confidence that government policies will be able to keep families solvent. “There’s a lot more we can do…we’re not out of ammunition by a long shot,” he said.

“This went some way to reversing the losses Powell provoked last week, when the Fed chair appeared to take negative interest rates off the table,” Connor Campbell, a financial analyst at SpreadEx, said in a morning note.

Read More: A Wall Street equity chief lays out 5 reasons why another ‘significant drawdown’ in stocks is coming right after the fastest crash in history

Market sentiment likely benefited from easing of lockdowns in several countries and signs of a slowdown in the number of new coronavirus cases.

It may also have been buoyed by the House of Representatives passing a second $3 trillion relief bill last week. However, the legislation may not be approved by the Republican-controlled Senate.

Meanwhile, the prospect of further government support boosted stocks across the pond on Monday.

“Giddy at the thought of some more monetary juice being pumped into the markets, European investors woke up with a spring in their step,” Campbell said.

Japan’s Nikkei index also rose 0.5%, despite the release of official data on Monday showing the world’s third-largest economy tumbled into its first recession since 2015.

The nation’s gross domestic product fell by 0.9% in the first three months of the year, after dropping 1.9% in the fourth quarter of 2019 – before lockdowns and restrictions were even implemented. Exports also fell the most since the crippling March 2011 earthquake.

Read More: ‘We have a depression on our hands’: The CIO of a bearish $150 million fund says the market will grind to new lows after the current bounce is over – and warns ‘a lot more pain’ is still to come

Read More: GOLDMAN SACHS: Buy these 14 stocks poised to surge in an economic recovery because of their limited exposure to consumers