Dow surges 1,627 points on growing signs the coronavirus death rate is slowing around the world 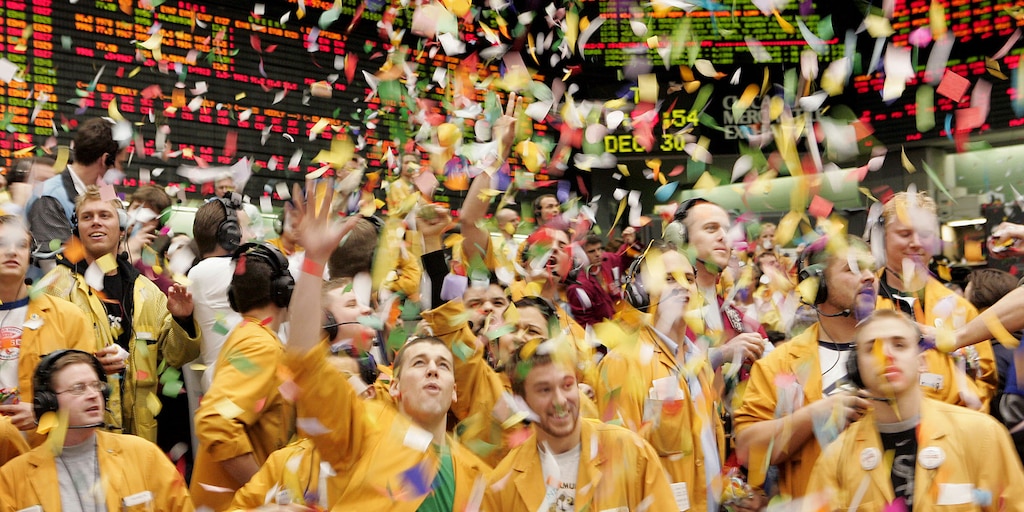 US stocks soared on Monday after countries reported declines in new coronavirus deaths over the weekend.

European markets led the charge, gaining after Spain and Italy announced the fewest deaths in more than two weeks. France and Germany reported their fewest deaths in days, signaling that the outbreak may be reaching its peak overseas.

Here’s where major US indexes stood at the 4 p.m. ET market close on Monday:

Read more: A stock chief at $7.4 trillion BlackRock shared with us his coronavirus-investing playbook: How to keep money safe, what he’s avoiding, and some surprising contrarian bets

Monday’s stock-market rebound followed a negative week to kick off April. Major indexes slipped roughly 2% during the period as labor-market data trounced even the most bearish forecasts. Thursday’s jobless-claims report notched a record and brought the two-week total of Americans filing for unemployment to 10 million.

Data released by the Labor Department on Friday revealed that the US had lost 701,000 jobs in the month ended March 14. Economists had anticipated a decline of roughly 100,000, as the report didn’t include jobs lost after the strictest containment measures went into effect.

The end-of-week reports offered investors some of the first details about how hard the outbreak slammed the US and how deep the economy would slide into an all-but-certain recession.

Read more: ‘I was a single mother with 2 small kids’: How Ashley Hamilton flipped a $20,000 waitressing salary into real-estate-investing success and a 10-unit portfolio

Elsewhere on Monday, the much-beleaguered oil market slid 7% after declining as much as 11% overnight on news that a meeting between Saudi Arabia and Russia had been postponed. The resource pared losses after Russia’s sovereign wealth fund’s chief said the two nations were nearing a deal to cut production.

The commodity soared last week after President Donald Trump said he expected both nations to deescalate their efforts to flood the market with cheap oil.

Despite the market leap, several major market players warned of harsh economic troubles to come. Janet Yellen, the former Federal Reserve chief, said in an interview with CNBC that US gross domestic product could slip 30% this quarter, adding that the unemployment rate is likely near 13% already. A V-shaped rebound is still possible, she said, but a worse outcome worries her.

JPMorgan CEO Jamie Dimon chimed in with a similarly bleak forecast. The chief executive said in an annual letter to the bank’s shareholders on Monday that he expected “a bad recession combined with some kind of financial stress similar to the global financial crisis of 2008.” The firm’s board may even consider suspending JPMorgan’s dividend, Dimon said, but only in an “extremely adverse scenario.”

“If the Board suspended the dividend, it would be out of extreme prudence and based upon continued uncertainty over what the next few years will bring,” Dimon wrote in the letter.

Billionaire Bill Ackman says he’s ‘beginning to get optimistic’ about a coronavirus recovery, weeks after saying ‘hell is coming’

Economists think coronavirus could push unemployment above Great Depression levels. Here’s why the pain won’t be as prolonged this time.

The new CEO of IBM just sent a welcome letter to employees, calling for a ‘maniacal focus’ on AI and hybrid cloud and a pragmatic approach: ‘This is about aiming for speed over elegance’