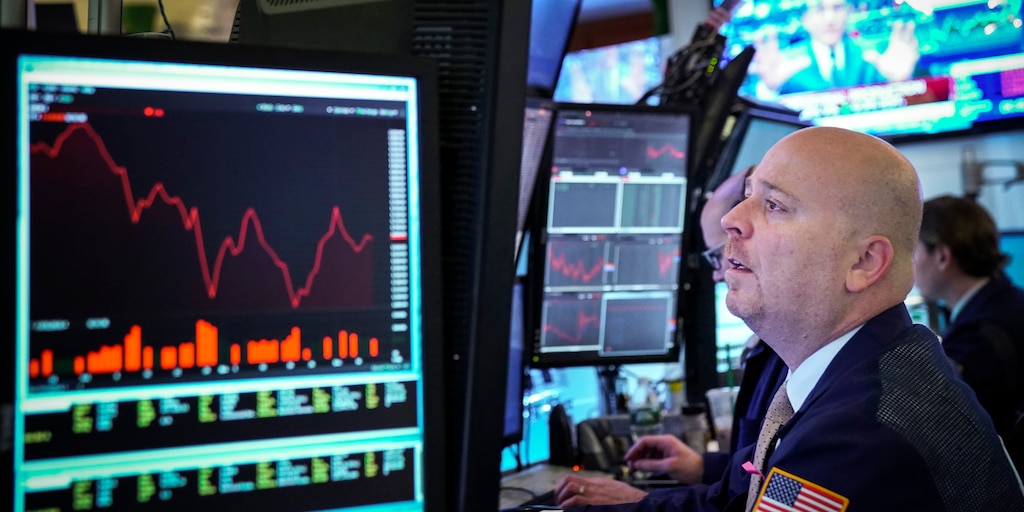 The S&P 500 and the Dow Jones industrial average climbed on Wednesday as the Senate moved toward a final vote on a $2 trillion relief package to aid the economic fallout from the coronavirus outbreak.

The White House and the Senate reached an agreement overnight on the bill. The tech-heavy Nasdaq composite slid slightly on the day.

The package would expand unemployment benefits, push funds to hospitals and healthcare workers, issue emergency loans to both small and large businesses, and send checks to Americans; the bill calls for $1,200 payments for adults and $500 for each child.

About $50 billion is allocated for loans for airlines, an industry hit particularly hard by the pandemic and the sudden halt to travel.

Here’s where the major US indexes stood at the market close on Wednesday:

Read more: The ‘trade of the century’: 2 hedge-fund managers break down a simple investing strategy built to profit from the wreckage caused by the coronavirus outbreak

The Senate stimulus package would more directly put money in the hands of ailing businesses and consumers as the outbreak risks near-term economic recession.

“Despite the mammoth amount of stimulus slated to enter the economy, strict containment measures are the best bet for stabilizing markets,” Jeffrey Bergstrand, a finance professor at the University of Notre Dame’s Mendoza College of Business, told Markets Insider in an email.

Now read: A JPMorgan heavyweight who advises a $1.9 trillion business breaks down 3 investing strategies set to thrive right now — even as he forecasts ‘the virus is going to win’

President Donald Trump’s Tuesday call to reopen the economy by Easter added fresh worry as US cases increased. The lack of unified shelter-in-place mandates “will cause uncertainty to rise again” and risks “stifling a possible recovery,” Bergstrand said.

Oil traded higher on Wednesday morning after turning lower in the previous session. The commodity has been under pressure in recent weeks as Saudi Arabia and Russia flood the market with fresh inventory and drive prices near two-decade lows.