Dow sinks more than 1,000 points, S&P 500 plunges as the coronavirus sell-off rages on 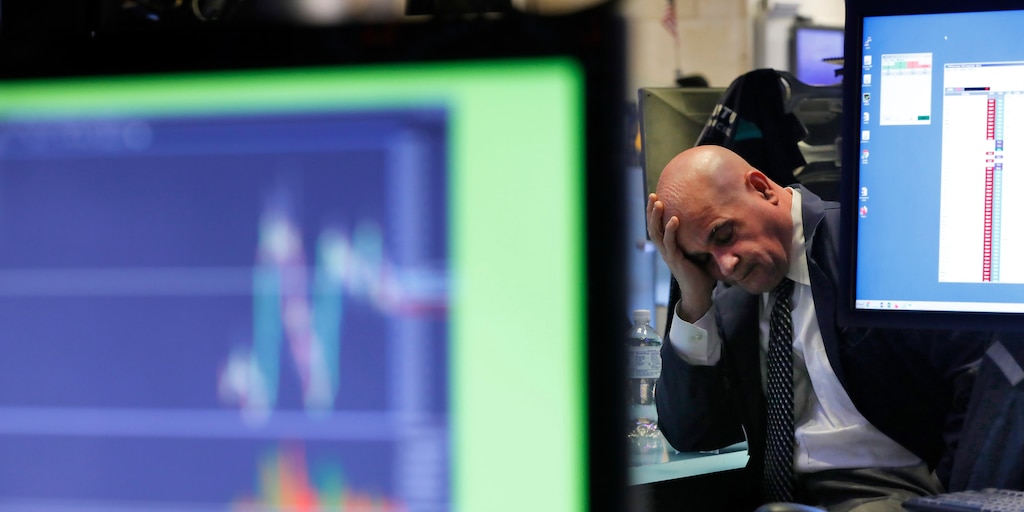 US stocks showed no signs of recovering as the coronavirus sell-off marched on after Friday’s open.

All major US stock indices tanked after Friday’s open as investors continued fleeing highly volatile equities. The S&P 500 sank as much as 4.1% Friday morning, while the Dow Jones industrial average tanked 1,000 points for the third day this week.

US stocks are on track for their worst weekly drop since the 2008 financial crisis. Further, that S&P 500’s seven-day skid market its longest in more than three years.

Coronavirus fears continue to grip investors and prompt dire warnings from public health officials. The Centers for Disease Control said Wednesday that Americans should prepare for the virus to spread further within the US. The outbreak had caused the first drug shortage in the US, the Food and Drug Administration announced Thursday night, signaling new supply chain disruptions in the increasingly critical health care sector.

Global markets also plummeted Friday as the coronavirus threat intensified. The Stoxx Europe 600 dropped 4.4% on Friday after entering correction territory the day prior.

Other assets experienced similarly wild price swings after Friday’s open. The 10-year Treasury yield sank to a record low as investors piled into government debt. Oil fell deeper into a bear market after Brent crude plunged as much as 4.2% to levels not seen since 2017.

Read more: Robert Shiller, Rick Rieder, and 18 more of the brightest minds on Wall Street reveal the most important charts in the world

US stocks entered their first correction since December 2018 during Thursday’s session. The S&P 500 fell into correction territory the quickest since the Great Recession, tumbling 12% over just six trading days. The Dow notched its biggest decline in history after falling 1,191 points.

Coronavirus has killed 2,867 people and infected more than 83,000 as of Friday morning. China has seen a decline in its rate of new cases, but soaring infection rates in South Korea, Iran, and Italy sparked new concerns about the outbreak becoming a pandemic.

The World Health Organization has strayed from officially declaring coronavirus a pandemic, but has warned the window to contain the outbreak is closing.

Economists across major US banks have adjusted their base-case scenarios to reflect the higher probability of coronavirus tearing into economic growth around the world. Strategists at Citigroup and RBC Capital Markets have alerted investors that the virus and its economic fallout could end the historically long bull market.

The outbreak could even drag the US into its first recession in 12 years, former Federal Reserve chief Janet Yellen said Thursday.

A small group of scientists, execs, and VCs are $277 million richer as their companies race to create a coronavirus vaccine. Here are 7 who have raked in huge sums.

Microsoft saw $62 billion of market value erased after it said coronavirus will hit profits this year. Here are 6 other companies that have issued similar warnings — and how much they’ve lost