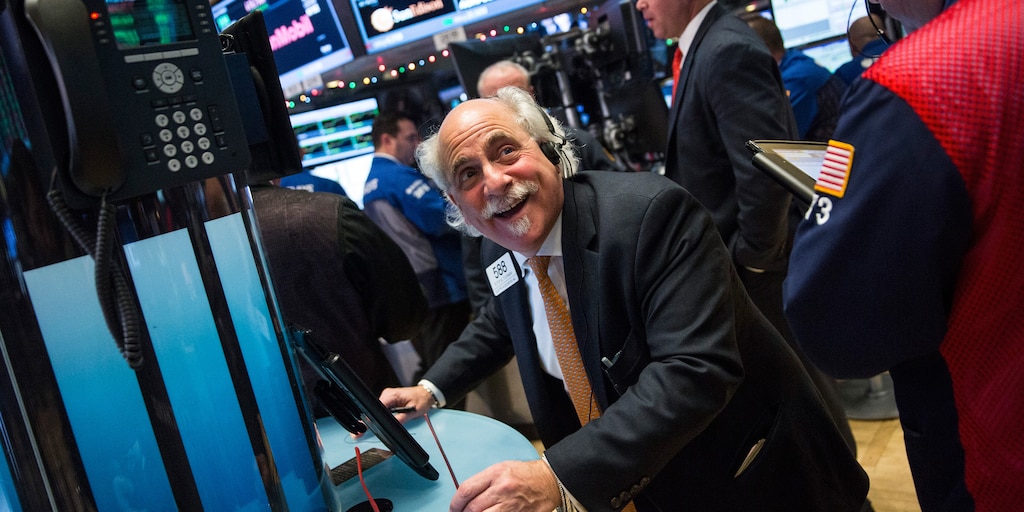 US stocks rose on Wednesday, rebounding from two consecutive days of losses, as the price of oil stabilized from recent historic lows.

US West Texas Intermediate crude for June delivery jumped as much as 40%, to $16.18 a barrel. On Monday, WTI May contracts closed at a record low of negative $37.63 a barrel, the first time oil prices had ever fallen into negative territory. A supply glut amid the coronavirus pandemic cratered demand, sending prices lower.

Here’s where major US indexes traded at the 4 p.m. E.T. market close on Wednesday:

Read more: Wall Street’s best-performing fund this year breaks down its long-term strategy that’s outsmarting 99% of peers – and shares 7 stocks to buy for a post-pandemic world

“The longer-term implications of the current oil crisis have yet to be fully realized – putting increased pressure on oil and gas earnings and the energy sector overall,” Mike Loewengart, managing director of investment strategy at E*TRADE told Business Insider. “As with many things lately, we’re in uncharted territory.”

Investors are also looking to first-quarter earnings results from major technology companies and more this week. Snap surged as much as 35% after reporting strong revenue and subscriber growth in its earnings release on Tuesday. Netflix shares declined roughly 2% in as investors looked past its earnings beat to conservative subscriber guidance for the second quarter.

Chipotle stock rallied, gaining 14% at intraday highs after the company announced on Tuesday that digital sales surged 81% in the first quarter and more than doubled in March.

In addition, “a record percentage of companies have withdrawn guidance,” she said, making it difficult for analysts to forecast estimates.Â

Traders also weighed positive signs that small businesses will soon get more relief. On Tuesday, the Senate passed a $484 billion legislative package that would add $310 billion to the Paycheck Protection Program after funds were exhausted last week. Next, the bill goes to the House for a vote.

The Trump administration is also considering offering federal stimulus funds to beleaguered US energy companies in exchange for government stakes or ownership in either the firms or crude reserves, The Wall Street Journal reported Tuesday. The plan is one of many being weighed to help US energy companies amid the historic drop in oil prices.

Going forward, Sonders says it’s possible that US stocks will retest recent lows, especially if news about the coronavirus pandemic gets worse before it gets better. She also notes that volatility is likely to persist, regardless of whether further losses are in story.

Even if the market doesn’t retest lows, “that doesn’t mean the path from here, given the strength of the move and condensed period of time, is going to continue to be straight up,” Sonders said.

Read more: The CIO overseeing $270 billion at Guggenheim says stocks will plunge another 27% from current levels – but lays out a series of recommendations for bargain-hungry investors