Justice Department and FBI veterans were deeply alarmed by Attorney General William Barr’s comments about his relationship with President Donald Trump in a recent interview with Cardinal Timothy Dolan, the archbishop of New York, on his radio show, „Conversation with Cardinal Dolan“ on SiriusXM.

„I see him on a regular basis, several times a week,“ Barr said, referring to Trump. „He’s very easy to work with. He has a good sense of humor. He’s very direct. One of the things I like about him is what you see in public is very much what you see in private. He doesn’t have two different acts that he puts on.“

Barr also told Dolan that Trump is „much more engaged than people give him credit for, and he’s a strong leader. He is getting things done. I just sometimes say if he wasn’t facing the resistance that he is and the dogged opposition that he faces, you just owner how much more he could accomplish because he’s accomplished a lot in the face of great resistance.“

It’s not unusual for an attorney general to have a close relationship with the president who appoints them. But former intelligence and law enforcement officials were shocked at the extent to which Barr went to express his approval of Trump.

Jeffrey Cramer, a former federal prosecutor who spent 12 years at the Justice Department, didn’t mince words in his assessment of Barr’s comments.

„Sounds like Barr wants to be vice president rather than head an office that historically has had independence even though it’s under the Executive Office,“ he told Insider.

Patrick Cotter, a longtime former federal prosecutor who worked with members of the special counsel Robert Mueller’s team, echoed that view, telling Insider: „I cannot remember another [attorney general] publicly discussing at such length his personal feelings about the executive.“

He said Barr’s comments defied the expectation that the Justice Department should be independent and non-partisan, adding that it was „tone deaf“ and „in very poor taste“ for Barr to „so overtly exhibit his advocacy of the president’s political agenda.“ 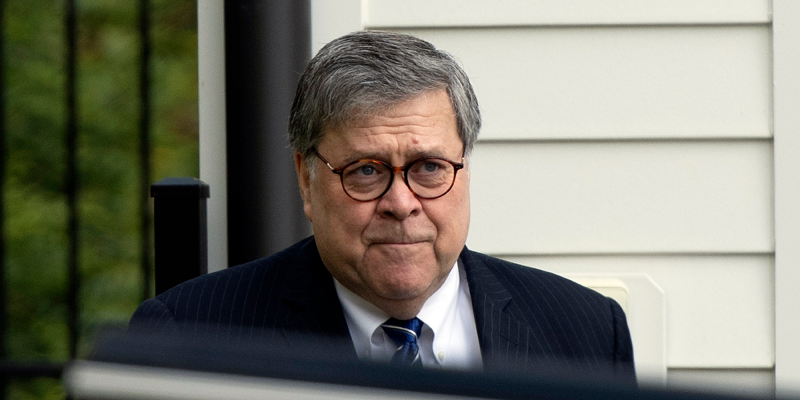 ‚This stuff really does fly in the face of reality‘

During his interview with Dolan, Barr also spoke of when he previously served as attorney general under President George H.W. Bush.

„They’re very different,“ he said of the elder Bush and Trump. „I love both men. H.W. was more low key. He had a very strong interest in foreign policy in which he really focuses attention on. The interesting thing about President Trump is that he’s very hands on. He’ll bring people in to explain things to them. He’ll reach down and bring the experts in … and he listens.“

„Wow. This stuff really does fly in the face of reality,“ he told Insider.

In reference to Barr’s claim that Trump „listens“ to experts, Montoya said: „They why did he say that he knew more about warfare than his generals? Why does he call himself a stable genius? Why did he tell Michael Bloomberg shortly after the election, after Bloomberg told him it was important to surround himself with smart people, that ‚no one was smarter‚ than him? Why did he berate senior officials at the Pentagon when they told him things with which he didn’t agree?“

Cramer largely agreed, telling Insider that Barr’s comments about Trump’s level of interest and tendency to learn more about issues by listening to experts appear to „contradict every other account the public has heard from others that presentations to Trump need to be light on facts, words, and time.“

The attorney general’s comments are especially striking given the firestorm he’s weathered since before he even took on his role.

Barr became a frontrunner to replace former attorney general Jeff Sessions after Trump forced Sessions out in late 2018. News reports said Trump favored Barr because of Barr’s sweeping view of executive authority, showcased in a 19-page memo he sent to the White House and Justice Department in June 2018.

In the memo, Barr argued that Mueller’s investigation into whether Trump obstructed justice in the FBI’s Russia investigation was „legally insupportable“ and „fatally misconceived.“

At his Senate confirmation hearing, Barr went to great lengths to assure lawmakers he would not interfere with Mueller’s investigation, adding that he and the former FBI director were good friends.

But after being confirmed, the attorney general took several steps that drew criticism for appearing to cater to Trump’s private demands related to the Russia inquiry. In May, Barr tapped John Durham, the US attorney for Connecticut, to lead an investigation into the origins of the Russia probe. 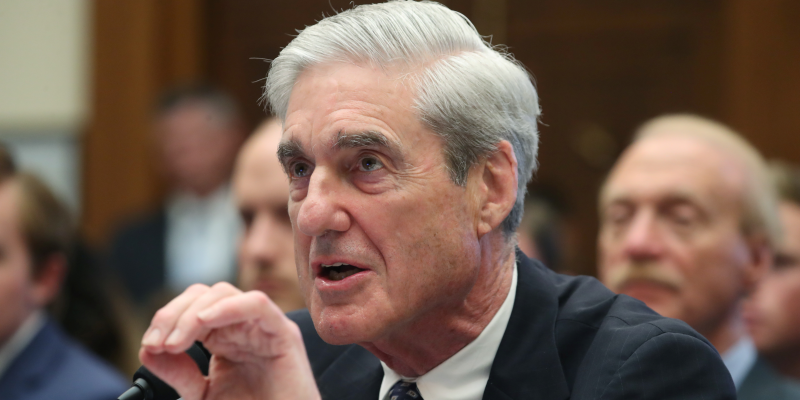 At that point, Trump and his allies had alleged for over two years that the Russia probe was a partisan „witch hunt“ spearheaded by senior FBI and Justice Department officials to undermine his presidency.

And in March, after Mueller submitted his final report of findings in the Russia investigation, Barr preemptively released a four-page letter summarizing the special counsel’s findings that was widely viewed as an attempt to spin the conclusions in Trump’s favor.

Barr significantly mischaracterized Mueller’s findings in the obstruction case, as well as in the underlying investigation of whether the Trump campaign conspired with Russia during the 2016 election. And though the special counsel declined to make a „traditional prosecutorial judgment“ about whether Trump obstructed justice, Barr took it upon himself to clear the president of wrongdoing.

Throughout his tenure as Trump’s attorney general, Barr has repeatedly parroted the president’s conspiracy theories.

Last year, he appeared to bolster the so-called „Spygate“ conspiracy, which alleges that the FBI inserted covert agents in the Trump campaign to spy on him because of political bias against the president.

„I think spying on a political campaign is a big deal,“ Barr said during a congressional hearing last April, adding that he believed „spying did occur.“

The Justice Department’s inspector general discovered some irregularities with the FBI’s applications for surveillance warrants against Page but found no evidence to support the claim that the bureau spied on the Trump campaign for political reasons.

Cotter addressed those controversies, telling Insider that Barr’s comments are „even more remarkable“ in light of the fact that Trump was recently under investigation by the very Justice Department Barr now oversees, and that Barr played an „active personal“ role in the investigation.

His interview with Dolan „could cause reasonable people to question whether he carried out his role in the Mueller investigation in a nonpartisan, impartial way as the attorney general“ or whether his „personal and political feelings for the president and his agenda improperly colored his actions.“

„I think we will have to wait out AG Barr in order to feel confident that DOJ will revert back to being an independent agency seeking justice, regardless of the potential offender,“ Cramer said.

Montoya added: „Barr’s comments do nothing but reinforce an inexplicable devotion to a con man.“