Democrats are set to vote on a bill that would expand paid sick leave during the coronavirus outbreak. But it’s unclear if it has Republican support. 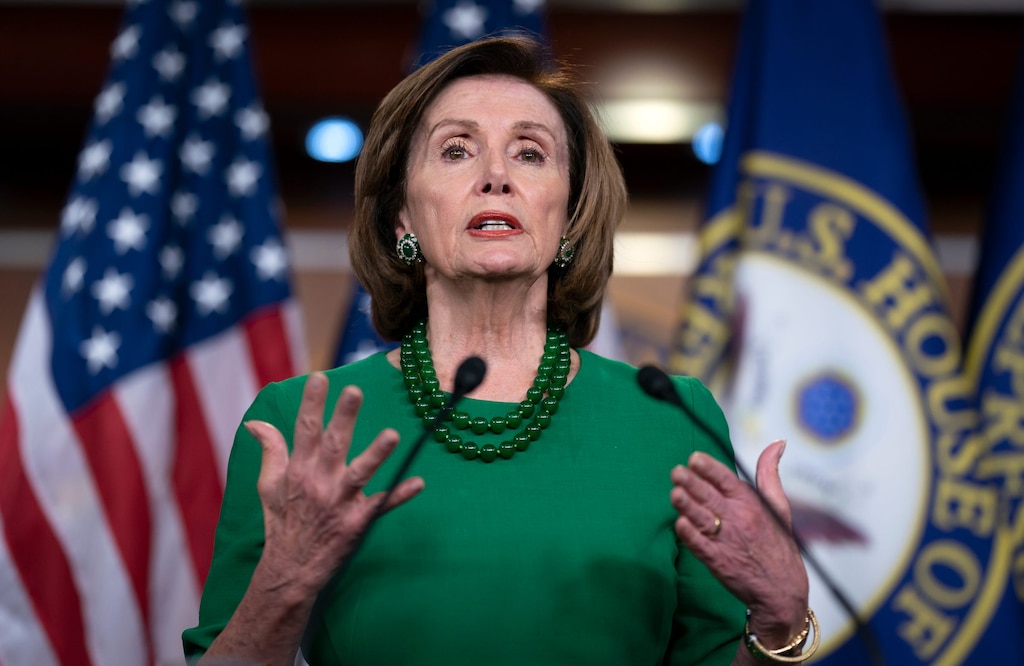 Democratic leaders prepared on Friday to vote on a package that would provide financial relief to Americans hamstrung by the novel coronavirus, but it was unclear whether the fast-tracked legislation had gained enough support among Republicans.

At a press conference, House Speaker Nancy Pelosi said that a vote on the bill was still expected before the end of the week but did not mention whether the White House had given the green light on it.

“The American people expect and deserve a coordinated, science-based, and whole-of-government response to keep them and their loved ones safe,” Pelosi said. “A response that puts families first to stimulate the economy.”

Signs of bipartisan agreement have remained elusive on the legislative package, which Democrats said would expand paid sick leave and unemployment benefits, as well as provide free testing related to COVID-19 and other economic measures during the pandemic. It was also expected to include support for small businesses, potentially through loans and tax deferrals.

Republican leaders objected to certain aspects of the Families First Coronavirus Response Act that was proposed by Democrats this week, prompting two days of behind-the-scenes talks between Pelosi and Treasury Secretary Steven Mnuchin.

Read more: ‘One of the buying opportunities of a lifetime’: Here’s why Wharton professor Jeremy Siegel thinks the coronavirus-driven stock rout is laying the foundation for a massive bounce back

Key issues included how a paid-sick-leave mandate would be carried out, according to a congressional staffer, with Republicans saying the Social Security Administration would take six months to send out checks. They also pushed for amendments that would set an end date for the legislation and offer certain businesses exemptions.

Washington has dramatically escalated its response to the respiratory illness COVID-19, which has sickened more than 1,200 throughout the US. The outbreak has increasingly shuttered businesses across the nation and encouraged consumers to stay home in recent days.

As concerns about the economy rose rapidly without signs of progress on the bill Thursday, Senate Majority Leader Mitch McConnell announced that the upper chamber would no longer take a recess that had been scheduled for next week.

“I hope Congress can pass bipartisan legislation to continue combating the coronavirus and keep our economy strong,” McConnell said.

On Wednesday evening, Trump announced the Treasury Department would defer tax payments for certain people and businesses in a move that he said would add $200 billion of liquidity to the economy. But other proposals from the White House have fallen flat on Capitol Hill, such as a payroll-tax cut that critics said would be ineffective and expensive.

Policy responses from Washington have done little to ease fears about growth in the largest economy, which a growing number of experts have forecast could contract this year. Wall Street suffered its worst day since the 1987 stock-market crash on Thursday, even as the Federal Reserve stepped in with $1.5 trillion worth of short-term loans to banks.

By Tim Büchner|2020-03-13T20:27:46+00:00March 13th, 2020|Business|Comments Off on Democrats are set to vote on a bill that would expand paid sick leave during the coronavirus outbreak. But it’s unclear if it has Republican support.