Health officials in South Korea tested 10,000 people for the coronavirus on Friday alone. This week, they built drive-thru coronavirus screening locations, giving hundreds of patients an assessment of their health in just 10 minutes.

The US announced its first coronavirus case on the same day South Korea did. But six weeks later, less than 500 potentially infected Americans have gotten tests, according to the US Centers for Disease Control and Prevention (CDC). The agency’s official test count – which had previously been updated daily – was stripped from the CDC site on Sunday, though US Secretary of Health and Human Services Alex Azar told ABC the same day that the US had tested 3,600 people.

South Korea’s case total is far higher than the US‘ – more than 4,000 compared to the US‘ nearly 100 – but South Korea has tested at least 100,000 people. In the US, meanwhile, experts say a lack of funding and faulty test kits have hampered health authorities‘ ability to control the outbreak. 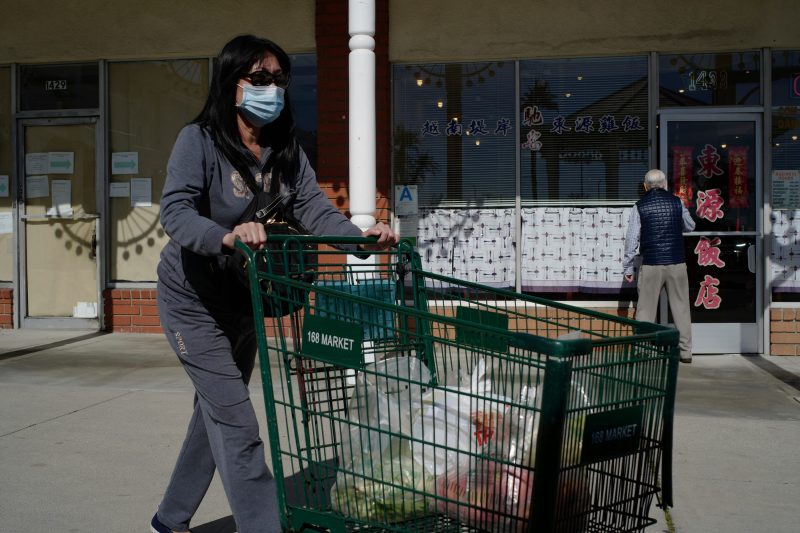 Foto: Tien Ngyuen wears a mask as she shops at the 168 Market in Alhambra, California, January 31, 2020. Source: AP Photo/Damian Dovarganes

„Coronavirus has been circulating in the United States for weeks. We didn’t detect it because we weren’t testing properly,“ Matthew McCarthy, a hospitalist at Weill Cornell Medicine in New York City, tweeted on Sunday. „There may have been cryptic transmission in Washington State since January. If I sound alarmed, it’s because I am.“

Six people in Washington state died of the coronavirus in the last few days, and cases are cropping up in which patients had no exposure to an infected person or history of travel to China. Identifying those cases of „community spread“ is challenging without effective, rapid testing.

But because some CDC tests distributed to state labs turned out to be flawed, more than half of the labs received inconclusive results. A problem with one ingredient in the test kits resulted in further distribution delays.

„It’s easy to do for some countries, but what happened in the US is the CDC created and sent out a test to all 50 states and then said ‚Wait hold up don’t use it,’“ McCarthy told CNBC Monday.

While facilities wait for replacement tests, they have to send samples to the CDC in Atlanta to confirm a case. That causes a delay of up to 48 hours between testing and confirmation. 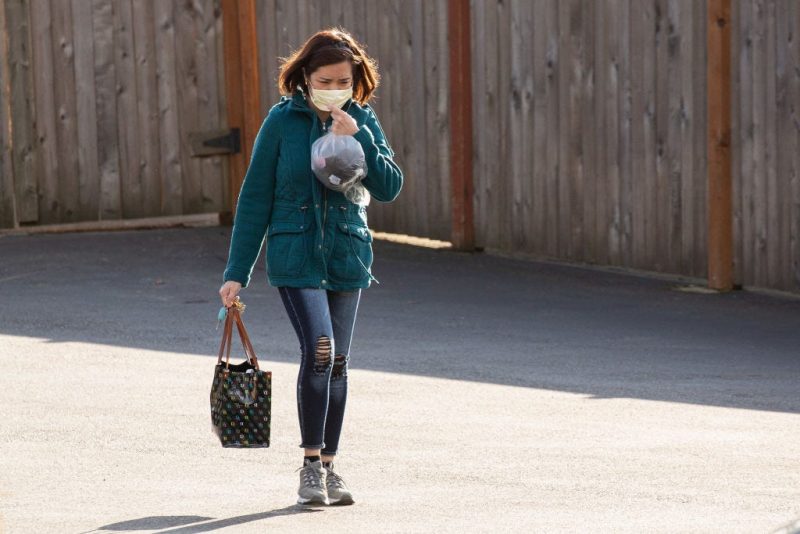 „For a country of our size, when you only have a single site doing that, it limits the resources available for testing,“ Richard Martinello, an associate professor of infectious disease at the Yale School of Medicine, told Business Insider.

The CDC says it is ramping up testing

Nancy Messonnier, director of the Center for the National Center for Immunization and Respiratory Diseases, said on Friday that the CDC aims „to have every state and local health department online doing their own testing by the end of next week.“

She added that the CDC has manufactured a new type of testing kit and acknowledged that testing „has not gone as smoothly as we would have liked.“

Azar told ABC that US testing is ramping up: „We now have 75,000 tests available,“ he said.

But not all hospitals with potential cases have received those tests.

„The idea that we would have to really fight to get that test done, when CDC is saying they have capacity, is alarming,“ Lauren Sauer, an expert in emergency medicine at Johns Hopkins University, told The New York Times. 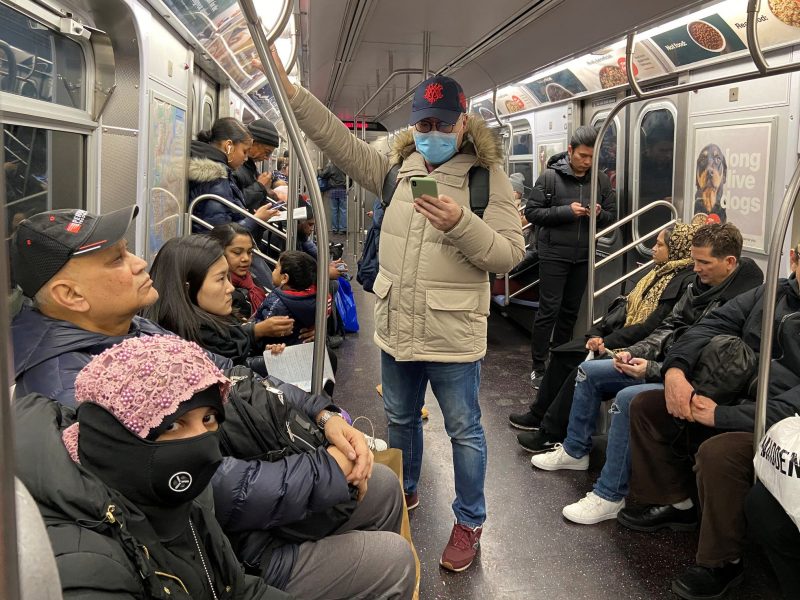 Foto: A man with a face mask rides the subway in the Queens borough of New York City, February 2, 2020. Source: Nick Zieminski/Reuters

McCarthy told CNBC that he hadn’t seen more tests available yet, either.

„I’m here to tell you right now – at one of the busiest hospitals in the country, I don’t have it at my fingertips,“ he said. „I still have to call the Department of Health. I still have to make my case, plead, to test people.“

New York state confirmed its first case on Sunday: a Manhattan woman in her 30s.

„The person who tested positive in New York was only the 32nd test in our state,“ McCarthy said. „That is a national scandal.“

Is the CDC’s testing criteria too limited?

Until Thursday, the CDC’s criteria only called for testing symptomatic patients with a travel history to China and those who may have had contact with a lab-confirmed coronavirus patient. That meant that the country’s first case involving community spread, a patient in California, went untested for multiple days at two different hospitals. 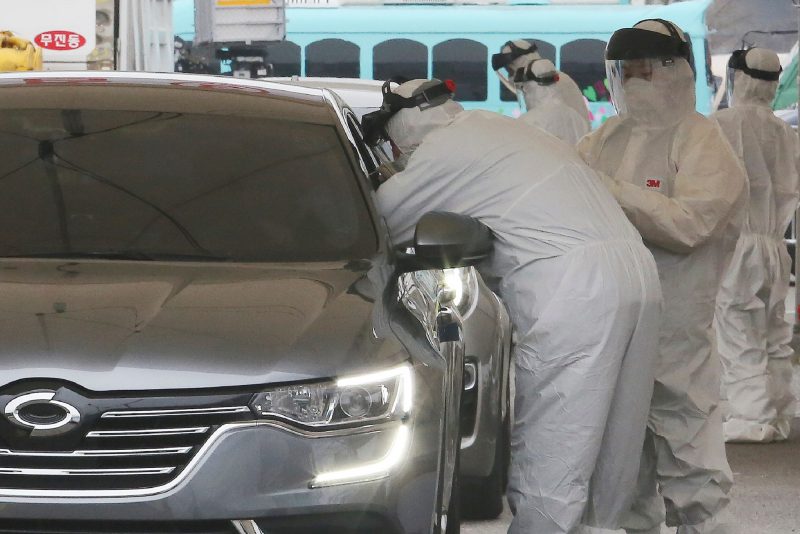 The agency changed the testing guidelines on Thursday to include patients with conditions so severe that they require hospitalization. But some patients with mild symptoms, even those who recently traveled to countries with high case totals like Italy or Iran, still might not get tested.

„Other countries are testing much more broadly than we are,“ he added. „We are trotting along while they’re racing along.“

Switzerland, whose population is 38 times smaller than the US, has said it’s capable of conducting around 1,000 tests per day. 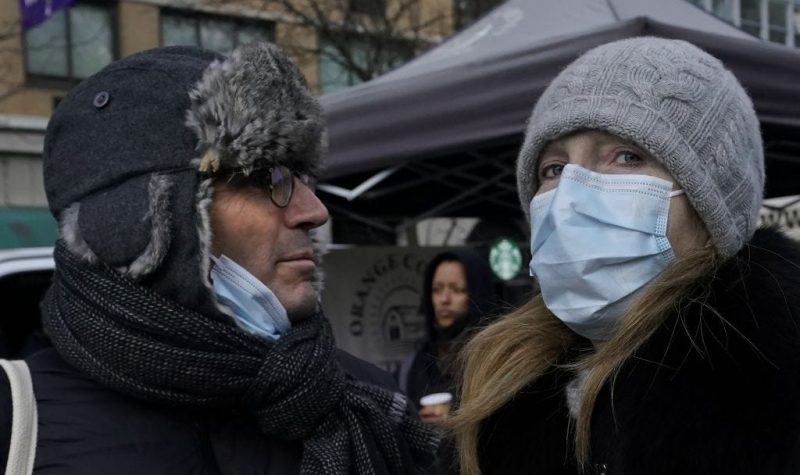 Foto: Tourists wearing masks walk through Union Square in New York City on February 28, 2020, amid fears of the coronavirus and a global pandemic. – The World Health Organization raised its global risk assessment of the new coronavirus to its highest level after the epidemic spread to sub-Saharan Africa and caused financial markets to plunge. Source: TIMOTHY A. CLARY/AFP via Getty Images

As the US caseload starts to spike, health experts say it’s important for the CDC to begin monitoring cases without a connection to outbreaks abroad.

„This seem likes a logical next step,“ Robert Amler, a dean at New York Medical College and a prior CDC director, told Business Insider. „The best defense is a good offense, meaning we should be looking a little more closely at which subgroups within the population seem to be most susceptible.“

But coronavirus tests are expensive – around $250 apiece, Politico reported. The Trump administration cut the CDC’s global disease-fighting budget in 2018. As a result, the agency scaled back on efforts to prevent disease outbreaks.

The administration’s proposed budget for 2021 includes another 16% cut to the CDC budget.