A video of medics in Hazmat suits scanning dozens of plane passengers for the symptoms of a mysterious, fatal virus spreading across China is stoking fears of a global epidemic.

Chinese authorities have been stepping up their efforts to stop the spread of 2019-nCoV, also known as the „Wuhan virus,“ named after the central Chinese city where the infections originated.

The clip shows at least two medical staff in full Hazmat suits standing in the plane’s aisle scanning the temperatures of every passenger on the flight.

It was tweeted Monday by David Paulk, a journalist at Shanghai-based news site Sixth Tone. He said it showed a domestic flight out of Wuhan, and the clip had been circulating on Chinese social media on Monday.

Business Insider has not independently verified the video.

passengers screened for coronavirus symptoms on a domestic flight out of Wuhan pic.twitter.com/ytUbVzpYRZ

The state-funded Beijing News also posted a similar clip from January 12, which showed at least three medics scanning the temperatures of passengers on Air China Flight CA119 before takeoff from Wuhan to Macau.

According to the woman who sent the video, surnamed Cheng, the medics scanned passengers‘ temperatures on their forehead and ears for more than ten minutes, and said the plane was not allowed to take off until everyone was cleared.

You can watch the January 12 video here. 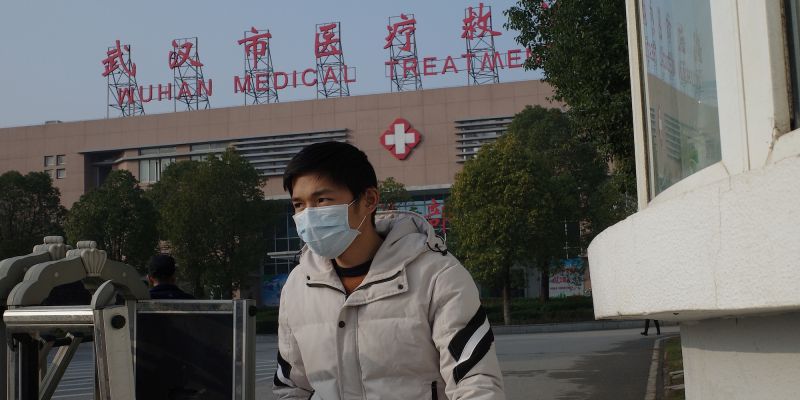 Foto: A man leaves a medical center in Wuhan, China, where at least one patient died after contracting a new and little-understood respiratory virus.sourceNoel Celis/AFP via Getty Images

Little is known about the Wuhan virus, apart from the fact that it has pneumonia-like symptoms – including fevers, coughs, and chest pains.

It has been identified as as a strain of coronavirus – which is one that infects the nose, throat, or sinuses – and likened to severe acute respiratory syndrome (SARS), which infected large parts of Asia in 2003.

At least three people in Wuhan have died from the illness as of Monday, local health authorities said.

195 other people in the city have been infected, with 35 in „severe“ condition and nine „critically ill,“ authorities said. The patients range from 25 to 89 years old, they said.

Scientists at Imperial College London warned last week that the true number of infections could actually be over 1,700. 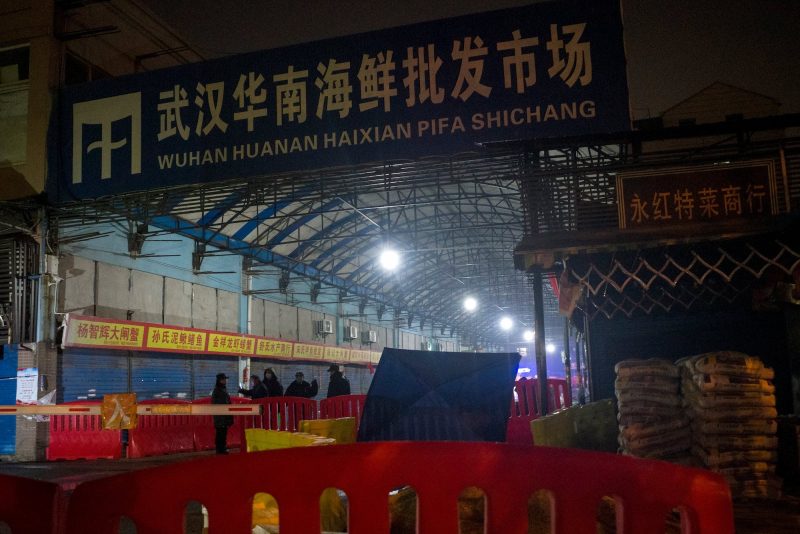 Foto: The Huanan Seafood Wholesale Market in Wuhan, China, which was sealed off after being identified as the epicenter of a new virus.sourcePhoto by Noel Celis/AFP via Getty Images

The outbreak has also spread to other Chinese cities including Beijing, Shenzhen, and possibly Shanghai, as well to Thailand, Japan, and South Korea.

This outbreak could become even deadlier as millions of people in China prepare to travel back to their hometowns to celebrate Lunar New Year on Saturday.

The US Centers for Disease Control in Los Angeles, San Francisco, and New York will also start screening passengers coming from China for signs of infection.