The Democratic presidential candidate Michael Bloomberg suggested Saturday he was open to spending $1 billion of his own money to defeat President Donald Trump in the 2020 election – even if he’s not the party nominee.

Bloomberg conceded to The New York Times that he would even put his money behind Sens. Bernie Sanders of Elizabeth Warren if they win the Democratic nomination, despite their significant disagreements over policies.

The Times reported that Bloomberg has already spent more than $200 million on advertising, despite the fact that he’s only been in the race for less than two months. He also said he’s prepared to spend even more throughout 2020, no matter who the nominee is.

He told the newspaper his contributions will depend on how well the candidate fares, but did not appear keen on dropping a full $1 billion on the race. 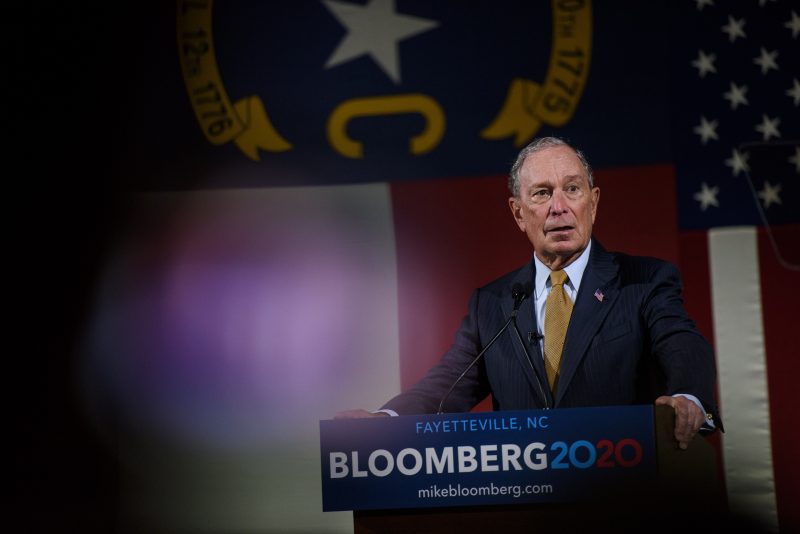 Bloomberg is worth an estimated $52 billion.

He also told The Times on Saturday he doesn’t intend on running negative ads against Democratic nominees because he believes the most important priority is defeating Trump.

„I really don’t agree with (Sanders and Warren),“ he said, adding, „But I’d still support them, yes, because compared to Donald Trump that’s easy.“

Bloomberg so far has put together an unusual campaign strategy in comparison with the rest of the Democratic field. Since he jumped into the race so late, Bloomberg has opted to sit out the first four primary contests, instead focusing on Super Tuesday states.

Though it’s unclear how well the strategy will pay off, it’s clear that his ad spending has dramatically outpaced that of his fellow candidates, and his poll numbers appear to have rocketed upwards as a result.