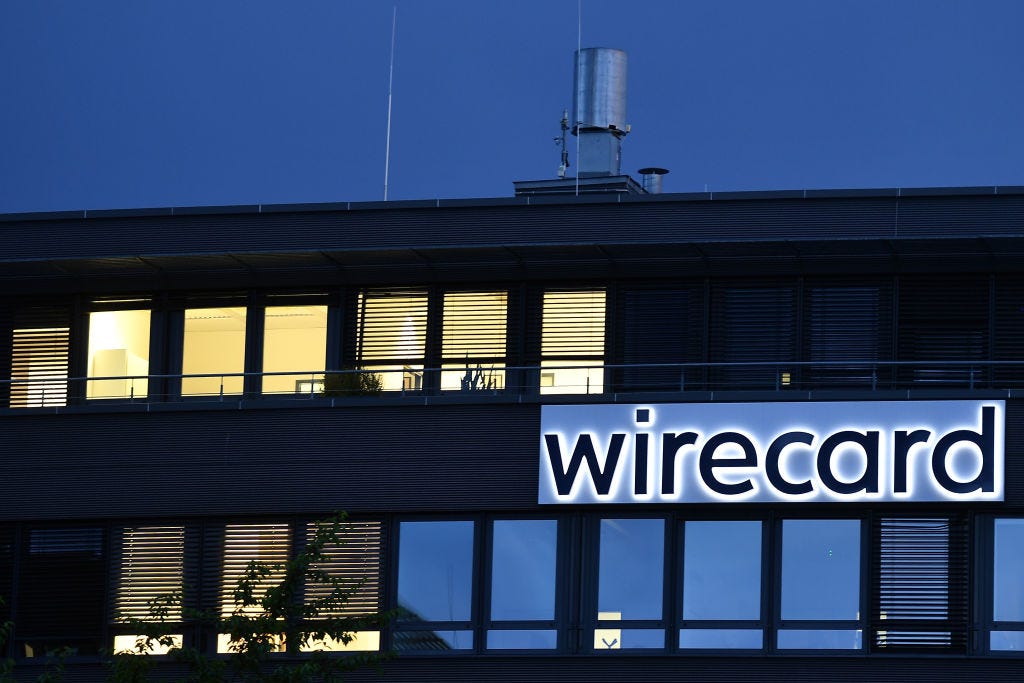 Wirecard’s primary business operations in Europe and the US have been unprofitable for years, according to a Financial Times investigation, bringing into question official financial reports which showed significant profits.

Operations in the company’s two key regions have, in fact, been lossmaking.

Between 2016 and 2018, Wirecard’s financial reports audited by EY show that it produced operating margins of 22% and doubled its interest-and-tax-free annual earnings to €439 million, the FT said.

Wirecard promised its investors profits of a five-fold-increase by 2025.

However, those promises were found to be illegitimate as the profits were not real, according to FT’s analysis of data contained in a confidential section of KPMG’s special audit.

After being subject to scrutiny of its accounting practices, Wirecard authorized KPMG’s special report.

Below is a breakdown of FT’s findings from KPMG’s internal report:

Although Wirecard’s key operations made up half of its reported revenue and about two-thirds of transaction volumes, they became “increasingly lossmaking” over the past few years.

Operating losses for activities directly under the group’s control were €74 million in 2018 — the year in which Wirecard replaced Commerzbank in Germany’s prestigious blue-chip DAX index — versus a loss of €3 million in the prior year.

The losses were concealed under profits obtained from externally outsourced activities in Asia, where Wirecard counted on transactions in association with third-parties as it did not have its own licenses.

Those transactions conducted and carried out under external control, have been central to Wirecard’s accounting scandal that caused the company’s downfall.

In a statement last month, the group said its outsourced activities may not have “actually been conducted for the benefit of the company.”

While there was no figure put on the outsourced activities, KPMG’s report suggested that the “lion’s share” of Wirecard’s profits never actually existed.

Any activities outside of Asia contributed only 8% to tax-free earnings since 2016 — about €20 million in all.

Wirecard’s underperformance outside of Asia has caused difficulties for the administrator, Michael Jaffe, as he seeks potential buyers for Wirecard’s remaining business, the FT said.

Its business could lose all value unless a sale of its subsidiaries takes place within a matter of a few weeks, the newspaper said, citing sources.

“Wirecard has very few physical assets, and the risk is that many of its clients will switch to rivals soon,” one source told the FT.

By Tim Büchner|2020-07-06T12:26:43+00:00July 6th, 2020|Business|Comments Off on An audit of Wirecard’s key business in Europe and the US reportedly shows its internal financial numbers are far worse than previously thought