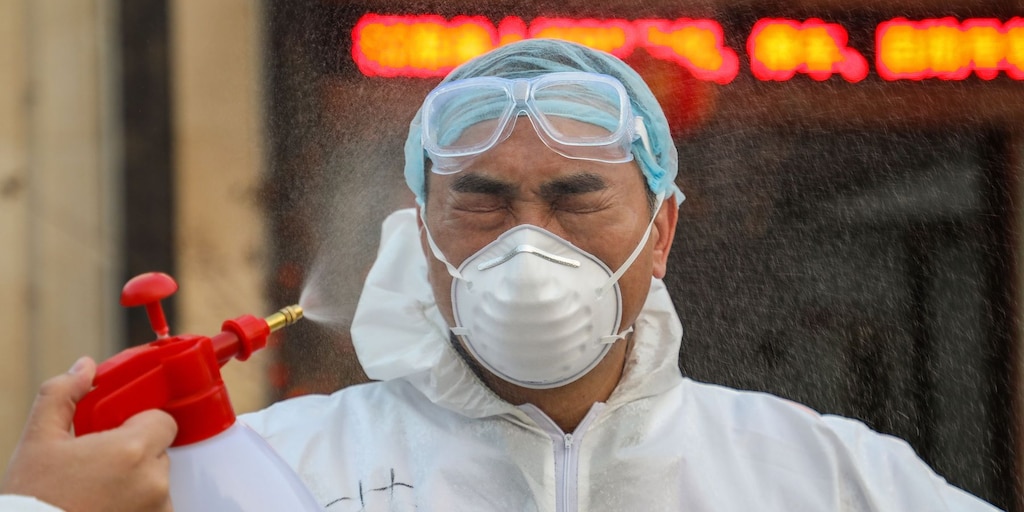 A shipping titan, a global airline, and Apple’s main iPhone supplier are all sounding the alarm on the novel coronavirus.

AP Moller-Maersk, the world’s largest container-shipping group, warned in its fourth-quarter earnings report that the rampaging epidemic had “significantly lowered visibility” for its business this year. CEO Soren Skou bemoaned a “very, very weak February and weak March” in a Financial Times interview and warned that profits would most likely shrink by 4% year-on-year to $5.5 billion this year.

Air France-KLM, which transported more than 100 million passengers in 2018, warned in its full-year earnings report that the outbreak would fuel a first-quarter revenue decline. The Franco-Dutch carrier also expects the health crisis to lower its operating profits from February to April by the euro equivalent of $162 million to $216 million.

Foxconn, the Taiwanese components manufacturer, warned in a statement that the coronavirus would reduce its full-year revenue. The group said it would “cautiously” restart production at its main factories in China and hoped to reach 50% of normal output by the end of February, Reuters reported.

The raft of warnings comes after the virus forced Apple to scrap its revenue guidance for this quarter. The world’s most valuable public company — its market capitalization exceeds $1.4 trillion — blamed a sluggish ramp-up of production in China, store closings, and weak customer traffic.

The coronavirus — which originated in China and causes a disease known as COVID-19 — has infected more than 75,000 people, killed at least 2,100, and spread to upward of 25 countries. It has disrupted Chinese manufacturing and commerce, endangered economic growth, and forced foreign companies including Adidas, Starbucks, and Disney to temporarily shutter some or all of their operations in the region.